+1
Xiao-Lei Wu and 1 other See all
Professor, Peking University
Follow 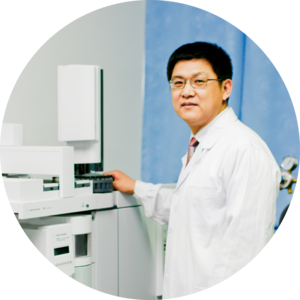 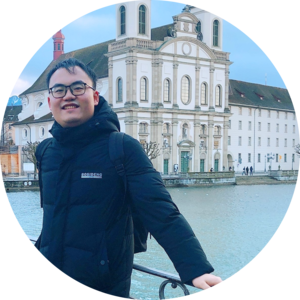 In Chinese fairy tale ‘Havoc in Heaven’, Great Sage Monkey Sun divided himself to three individuals to fight against another powerful deity, Nezha. Although Nezha transformed himself into a super body containing three heads and six arms, he lost the battle against the cooperative group composed of three Monkey Sun. In this battle, it seems that distributing the super power among a division of labor group exhibited better fighting capacity than retaining all the power in one body.

Microorganisms face similar trade-off during their lifecycles. In order to survive in the fluctuated habitats, they must evolve a wide range of abilities to manage diverse environmental stresses. Therefore, it seems that every microbial individuals would evolve to a state like Nezha, or so-called ‘Super-strain’, who carries all the essential functions and possesses high level of metabolic burden (Figure 1, left). However, microbial individuals frequently interact with other ones in natural communities, in which, they can be also very smart like Monkey Sun, to distribute the complex works into different members across a mutually beneficial community (Figure 1, right). Therefore, we are very curious about whether a original ‘Nezha’ population can spontaneously evolve to an interdependent community composed of multiple mutually beneficial populations (Figure 1).

In their article published in 2012, Jeffrey Morris et al. proposed an interesting idea, called ‘The Black Queen hypothesis’1, which demonstrated the possibility and presence of this kind of reductive evolution. They suggested that many vital genetic functions are unavoidably leaky and may be shared as public goods across the entire community. For each individual, the loss of a costly, leaky function is selectively favored. We thus expanded this framework to investigate whether an original ancestral population containning mutiple public functions can evolve to an interdependent pattern composed of several specific auxotrophic populations through the Black Queen evolution (Figure 1). We performed this investigation by constructing an individual-based model, in which we hypothesized that an autonomous ‘Nezha’ population possessed functions to produce three essential public goods, and was allowed to randomly lose these functions. Thus, seven auxotrophic populations would potentially evolve (Figure 2). Since the public goods produced by the related producer are leaky, we expected that a mutually beneficial community can evolve from the ‘Nezha’ population.

Our simulations indicated that the evolution of mutual beneficial communities only occurred when the public functions possess specific traits, including high level of initial redundancy, as well as high level of function cost. Notably, the communities automatically developed to three different interdependent patterns, named as ‘one-way dependency’, ‘complete functional division’ and ‘asymmetric functional complementation’ (Figure 3). In spatially structured environments, individuals from different cooperative populations self-organized to be spatial proximity to each other, thus benefiting their interaction. Interestingly, we found that the evolved community composed of multiple auxotrophic populations exhibited better resistance to environmental perturbation than the one containing only the autonomous population. Therefore, transforming to a division of labor group as ‘Monkey Sun’ did is a better evolutionary strategy than retaining autonomous like ‘Nezha’ for microorganisms living in complex communities.

Cooperation among different members is frequently treated as a good strategy. However, the confusion on the evolution of cooperation has been lasted for a long time. In his work ‘The Origin of species’, Charles Darwin pointed out that natural selection favors the individuals who are selfish to get greatest personal reproductive success2, thus it is hard to understand why an organism is selected to be selfless to enhance the fitness of others3. By expanding the BQH framework, we propose a novel perspective here that cooperation between different auxotrophic populations can evolve automatically from the natural selection for selfishness. At the individual-level, losing function is a purely selfish trait, where the individual no longer contributes a public resource to the social group but saves the energy to increase its own reproductive success. However, at the community level, the evolved mutually beneficial community possesses better resistance to environmental perturbation, benefiting all community members. This seemingly contradictory idea still follows Darwin’s rule, and gives a possible solution to the paradox of the evolution of cooperation. We thus plan and expect for further empirical studies to examine this mathematically derived ideas.

2  Darwin, C. et al. On the Origin of Species by Means of Natural Selection, Or, The Preservation of Favoured Races in the Struggle for Life.  (J. Murray, 1859).