Giving Acinetobacter baumannii a choice: death by phage or death by antibiotic

Bacteriophages are versatile allies in our fight against the postantibiotic era

Acinetobacter baumannii is a wicked foe. Known for its resilience against desiccation, nutrient depletion and disinfectants, A. baumannii is difficult to eradicate once it has established itself in healthcare facilities (1). Infamous for its ability to escape the action of many antibiotics, A. baumannii poses a formidable challenge to clinicians caring for the patients it infects (2). The World Health Organization recognizes this threat and recently named A. baumannii a critical priority for research and development of new antimicrobials (3). In our paper “Bacteriophage-resistant Acinetobacter baumannii are resensitized to antimicrobials”, we demonstrate that phages can help us give a second wind to the antibiotics we already have.

The idea behind this project was sparked after the close involvement that senior author, Jeremy Barr—now lab head at the School of Biological Sciences at Monash University in Australia—, had with the first clinical case of successful phage therapy against a systemic A. baumannii infection reported in the United States (4, 5). After successive administration of phage cocktails, the team made three seemingly unrelated observations. First, the patient’s A. baumannii isolate had become resistant to the phage cocktail. Second, it had lost its resistance against the antibiotic minocycline. Third, it had apparently lost its polysaccharide capsule. Could these phenomena be related? And if so, how? That was our starting point.

To put the pieces of the puzzle together, we used two phylogenetically distant, clinical strains of A. baumannii and two different bacteriophages isolated from raw sewage. Let the record show that my love of Microbiology was often put to the test when working with samples of raw sewage that had been incubated overnight with nutrient-rich media. Let it also reflect my apologies for the many times the smell of the sewage cocktails forced co-workers out of the lab space. Phage isolation can be an arduous task, and I seemingly started the trend in our lab of naming phages after the people who isolate them, as a reward. Our article depicts phages øFG02 (Fernando Gordillo) and øCO01 (Cody Oliveira). 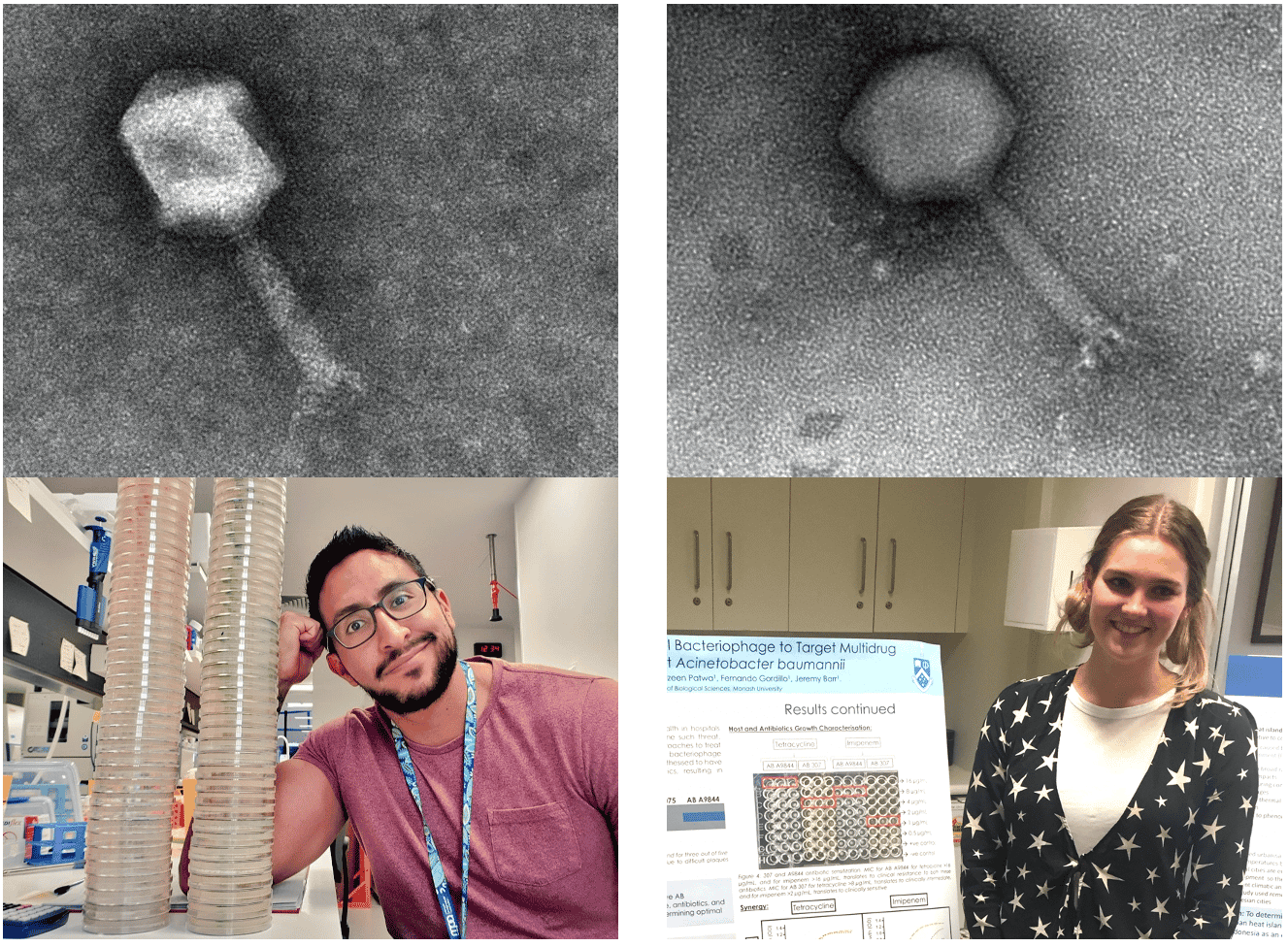 We discovered that our phages use the capsule polysaccharides of A. baumannii as their primary receptor. We reached this conclusion after observing that 1) in an effort to escape killing by our phages, the A. baumannii strains evolved into an unencapsulated form; 2) these phage-resistant mutants contained loss-of-function mutations in genes responsible for capsule production; 3) this phenotype was recapitulated when we knocked out the genes from the wild type strains; and 4) our phages could not attach to these mutants. What seems like a straight-forward process was in fact the most challenging step in our study. We found A. baumannii notoriously difficult to genetically manipulate, and multiple attempts at transformation—natural, chemical, and by electroporation—were unsuccessful. We still attribute our successful attempts to strokes of luck, and the sheer perseverance of co-authors John Forsyth and Ruzeen Patwa.

Image. Scanning electron microscopy (SEM) micrographs of wild type (left) and phage-resistant (right) Acinetobacter baumannii. Note the complex polysaccharide capsule of the wild type, which disappears in the phage-resistant cell. We demonstrated that phages øFG02 and øCO01 use that capsule as their receptor. Unencapsulated, phage-resistant A. baumannii is resensitized to antimicrobials. Photo credit: Denis Korneev.

The bacterial capsule is a major virulence factor for A. baumannii, protecting it against the immune system and reducing the permeability to antibiotics (6). In fact, we hypothesize that the thick capsule of our wild type strains also played a role in their very low efficiency of transformation. In any case, we were thrilled to realize that the capsule-deficient, phage-resistant A. baumannii became resensitized to the human complement system and suffered reductions in the minimum inhibitory concentrations of seven antibiotics, primarily beta-lactams, but also minocycline. Our phages had forced A. baumannii into a dilemma: death by phage or death by antibiotic. Our findings highlight the importance of identifying the receptor used by any phage to be used therapeutically; they also inspired a perspectives article where we reflect on this topic (7).

Just in the last decade, similar interplay between mechanisms of phage-resistance and bacterial fitness have been elucidated for threatening pathogens including Pseudomonas aeruginosa (8), Enterococcus faecalis (9), Staphylococcus aureus (10), and Klebsiella pneumoniae (11). We are excited to have added A. baumannii to a list that underscores the multifaceted potential of phage therapy in our fight against the antibiotic resistance crisis. 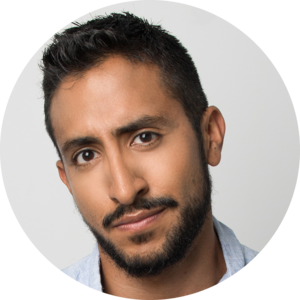