Nearly anywhere you look, you will find bacteria. They thrive inside a human host and in the depth of the ocean, and nearly everywhere in between. To help them survive these diverse habitats, many bacteria are motile and can actively move toward ideal microenvironments for their growth. However, some bacteria are non-motile and are therefore subject to their immediate conditions which may be inhospitable. One such non-motile genera are Streptomyces bacteria that are well-established plant symbionts. These bacteria form colonies at plant root systems where they feed off root exudates—excreted material that contains high amounts of nutrients. In return, Streptomycetes produce antibiotics that ward off potential phytopathogens. These antibiotics are not only useful to plants, but a majority of clinically-established antibiotics used for humans are derived from Streptomycetes1.

While Streptomycetes form colonies at root systems, their spores are formed on the soil surface by reproductive aerial hyphae. This allows the spores to be dispersed to new locations and associate with new plants. Previous studies have shown that these spores are dispersed over long distances through wind dispersal1. Furthermore, spores can be dispersed through the attachment to small animals, such as springtails. Amazingly, Streptomyces spores even emit volatile compounds that attract springtails to their location so that they can be transported by them2. However, it remained unclear how the spores were then able to reach plant roots and establish a new mycelium.

In our new study, we found a novel mode of spore transport: we discovered that Streptomyces spores are also transported by motile soil-dwelling bacteria. This form of inter-microbial hitchhiking allows the spores to be dispersed on the centimeter-scale to plant tissues. We further show that this hitchhiking is present in several Streptomyces species and occurs with both Gram-positive and Gram-negative soil bacteria. Intriguingly, there are two components underlying the specificity of this interaction: the flagella of the motile bacterium, and the rodlet layer found on the spore coat. Previous research had found that the proteins composing the rodlet layer are highly conserved in many Streptomyces species, but the function of this striated external spore coat layer was unclear3. Our studies show that the rodlet layer directly interacts with flagella, and if the rodlet layer or flagella are absent, spore transport is severely abrogated. 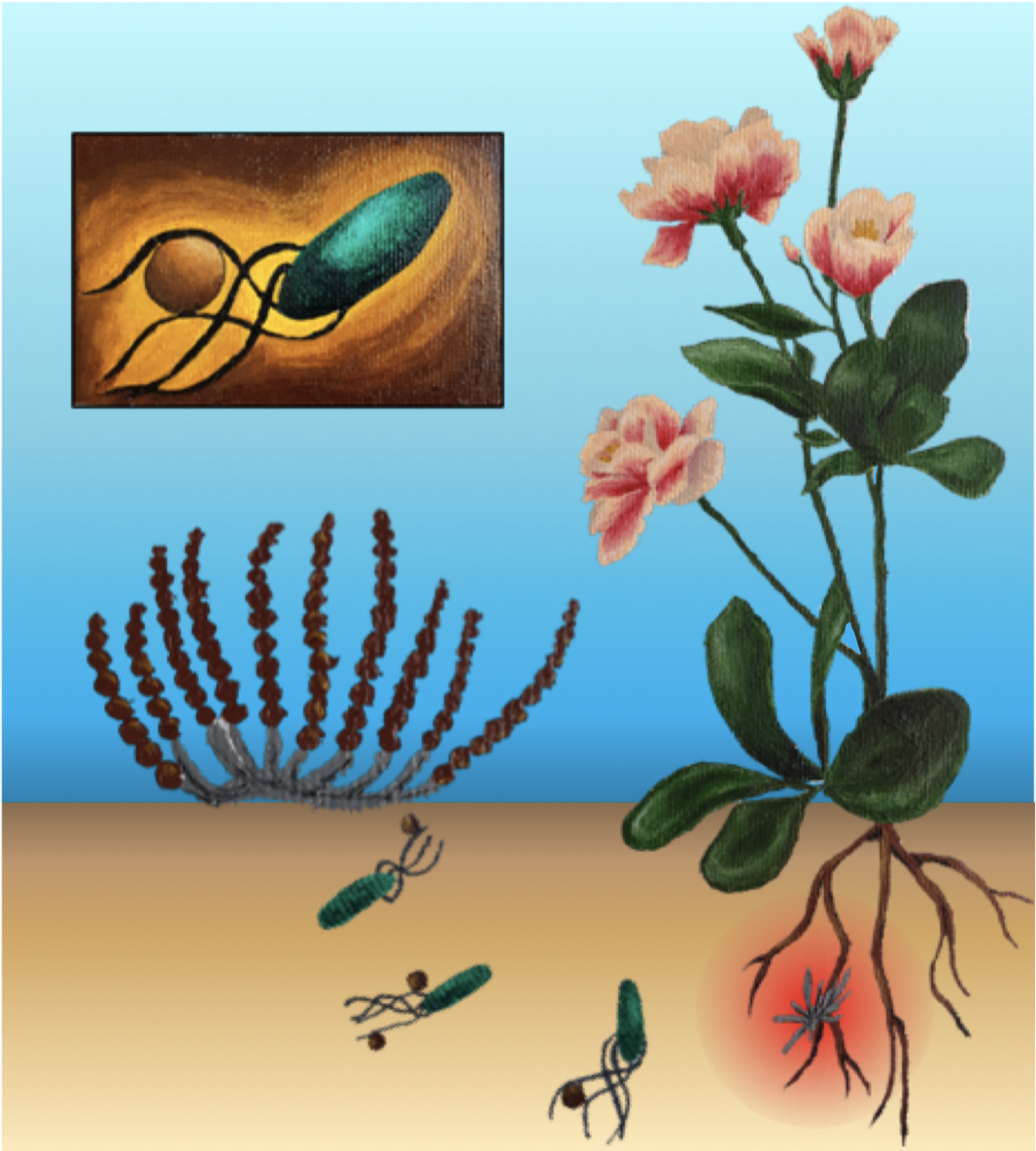