Menu
A community from Nature Microbiology
Contributor Nature Comms
Behind the paper, Coronaviruses: Past, Present and Future

As the COVID-19 pandemic claims hundreds of thousands of lives and wreaks economic havoc worldwide, scientists are racing to develop antivirals that reduce the fatality of the disease. Our new study–Modelling mitigation of influenza epidemics by Baloxavir–projects the impacts of ramping up antiviral treatment during an emerging influenza epidemic, and compares an older antiviral (oseltamivir, Tamiflu) to a next generation antiviral (baloxavir, Xofluza). Our results for influenza suggest a critical priority for COVID-19 drug research and public health planning.

The upshot of our study is that some influenza antivirals can do far more than save the lives of treated patients. Baloxavir stops virus replication dead in its tracks, and, as a result, dramatically reduces the number of days a patient is contagious. In doing so, the drug not only helps the patient but also indirectly prevents the infection of others. We found that treating even 10% of infected patients with baloxavir shortly after the onset of their symptoms can indirectly prevent millions of infections and save thousands of lives during a typical influenza season.

The development of a baloxavir-like drug for SARS-CoV-2 would be a game changer. Imagine a drug that quashes viral load within a day and thus radically shortens the contagious period. Basically, we could isolate COVID-19 cases pharmaceutically rather than physically, and thereby disrupt chains of transmission.

What will it take to make such a drug a reality?

Developing this type of drug is the hard part. Antiviral drug development has historically been slow and expensive. For this reason, COVID-19 investigators are prioritizing drugs that can be deployed quickly, without extensive clinical trials, to treat hospitalized patients with life-threatening symptoms. Promising candidates include nucleotide analogs that inhibit other RNA viruses (remdesivir, favipiravir), and FDA-approved drugs for treating other diseases. None of these candidates are likely to curtail viral replication as rapidly as baloxavir. Thus, a concerted effort to develop drugs directed at specific SARS-CoV2 proteins and functions is sorely needed.

Deploying such a drug may not be as simple as it seems. We may face a trade-off between its immediate therapeutic benefits and its capacity to prevent new infections. Treating a critically ill patient could be immediately life-saving, whereas treating a seemingly healthy patient shortly after infection (detected by a COVID-19 positive test) could block transmission to other people who might otherwise have ended up in the hospital or worse.

How can we prepare now to ensure that such drugs have the biggest possible impact?

SARS-CoV-2 is an elusive virus. Infected people are apparently contagious even before developing symptoms. The earlier a transmission-blocking drug is administered, the greater the inhibition of virus spread. We should be planning now for antiviral distribution channels that provide immediate access for individuals who test positive, even before symptoms develop.

We previously published a strategy for pharmacy-based distributions of antivirals to ensure access for underinsured populations. Ongoing efforts to expand telemedicine and the distribution of diagnostics and drugs via the US Postal Service could further accelerate treatment in hard-to-reach rural populations. Finally, antiviral provisioning could be integrated into contact tracing programs.

Any antiviral that proves effective against the SARS-CoV2 virus could save lives and avert costly lockdowns while we wait for an effective vaccine. However, an antiviral drug with baloxavir-like properties could radically change the course of the pandemic by simultaneously reducing the severity of illness and curbing virus spread.

Back to Coronaviruses: Past, Present and Future
Next 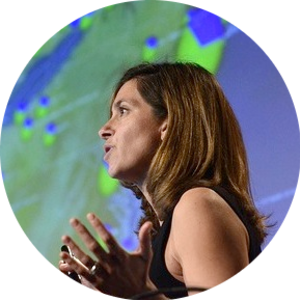 Professor, The University of Texas at Austin