Plasmids are not the only determinant of their own spread. The bacterial strains that carry and receive them further modulate how well a plasmid can spread through a bacterial population, e.g. in the mouse gut. 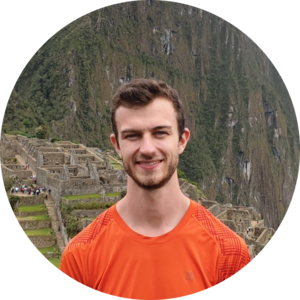 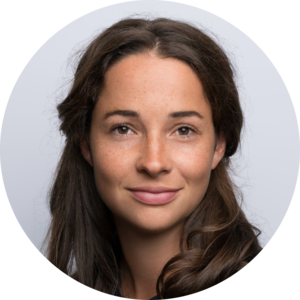 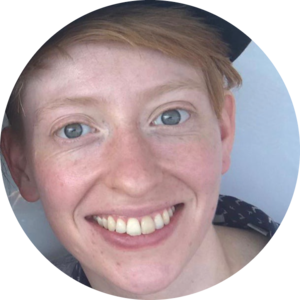 Plasmids are vehicles that allow exchange of DNA between bacteria of the same or different species. An important example of genes frequently encoded on plasmids are antibiotic resistance genes. As antibiotic treatment failure is increasingly common, it is particularly important to understand what makes a plasmid good at spreading to other bacteria. Unfortunately, many previous studies focused on only one or few plasmids in laboratory strains and defined environments. The question how natural plasmids spread from their native hosts to a range of "wild-type" strains remained unanswered. Further, the natural environment in which bacteria live and grow influences how well plasmids transfer. We thus wondered, which type of experimental environment reflects an ecologically relevant backdrop for plasmid transfer?

Understanding the full complexity of plasmid spread between different strains in different ecological contexts might seem like a daunting task. Luckily, we were not alone. Our approach was to build a research consortium, where we combined access to clinically relevant Extended Spectrum Beta Lactamase (ESBL) producing Escherichia coli isolates from the gut of human patients, expertise in high-throughput in vitro testing, validation in well-defined mouse models for colonization of enteric bacteria, and careful bioinformatic analysis to understand the genetic underpinnings of our observations. In our study (recently published in the ISME Journal), we used this combination of expertise to uncover that ESBL-plasmids themselves are the largest determining factor of plasmid spread. However, both the plasmid host (the donor) and the strain to which it transfers the plasmid (the recipient) influence the final spread. We also found that testing plasmid spread in vitro could qualitatively predict how well plasmids would spread in the mouse gut. This highlights a potential for predictive testing to estimate how much a given resistant isolate would contribute to the spread of antibiotic resistance in a clinically relevant setting.

Our "let's make a consortium" approach resulted in a fruitful collaboration that eventually led to a set of observations that we are very happy to share with the scientific community. However, while our initial goal was to study how bacteria interact and exchange information, we inadvertently explored the same concepts about ourselves while working as a consortium.

There is such a thing as "too diverse" expertise and opinions

On paper, having many different types of expertise to tackle a common aim, like quantifying natural plasmid spread, is excellent. In fact, it was mostly excellent. We initiated bi-annual meetings to update each other on our progress. There were often alternate interpretations of the same work, resulting from our different points of view. The meetings allowed for fecund brainstorming sessions, leading to a myriad of project directions and spin-off ideas. This however, also slowed us down in consolidating our combined knowledge into a coherent scientific report.

What did we learn? In a group, brainstorming opportunities can be plentiful, but to finalize work it takes initiative from a subgroup of consortium members. At some point, the three of us PhD students took it upon ourselves to pool the work, design the main storyline and draft the first version of the manuscript. This was well-received, and after a few rounds of feedback, we felt good about our work and were ready to submit a manuscript. So we did. Then the reviews came back.

A focal point of critique was that the paper was written in poor English and that the authors should really question their construction of logic. This harsh feedback was especially surprising to our two native English speakers. However, we took it with a sense of humor and worked to troubleshoot. In fact, the reviewers had a point: our division of labor approach, where each wrote the sections for which they had most expertise, led to some discontinuity and apparent logical flaws. We changed strategy and re-wrote the manuscript with a single person taking the lead, making sure that each argument was well integrated into the overall picture. When we submitted again, this time to the ISME Journal, we were pleased reviewers called it a "very well written" manuscript.

The "I wish we had known this from the start" moment

A consortium often starts with scientists coming up with some wild ideas that require many approaches to address. Then, recruitment leads to a progressive accumulation of members that work towards this common goal. In our case, the recruitment of PhD students was staggered such that we each started at a different time. We thus started characterizing the clinical strains relatively independently. This did not seem like a problem initially, but when the time came to put all our work together, we realized that we had not been entirely consistent in strain choice and experimental design. This necessitated us to repeat and scale up the size of some experiments. These detours could have been minimized had we coordinated and communicated better from the very beginning.

It is only while doing research that we realize which directions would be interesting to study. In a consortium, such realizations might be even more frequent because results are constantly evaluated from multiple angles at once. Of course, our journey would not have been complete without such a moment. In our case, the "I wish we had known this from the start" moment was intimately linked to our use of different strains for the initial characterization.

Based on the first round of characterizations, we had reached the conclusion that plasmids transferred according to the same rank order in vivo as they did in vitro. This was exciting and promised a potential for predictive testing in vitro to understand how plasmids could spread in more realistic ecological scenarios, such as the gut. It was not until we added a further recipient strain, in an effort to homogenize the PhD students' work, that we realized some strains behaved strikingly different in the mouse gut than expected based on in vitro testing. We realized that this could at least partially be explained by the types of conjugation assays we were performing; surface or liquid mating influenced how well certain strain pairs could exchange plasmids. This raised the entirely new question how well structured the gut environment is, and how this influences the spread of plasmids. Although exciting, we could not address this question when we made the observation because one PhD student was in the process of defending his thesis and another was about to leave the country. If we had comprehensively addressed the in vitro and in vivo experiments in parallel, we would have realized this earlier and could have spent more time investigating this interesting avenue. This shows that timing and communication is important in a consortium.

An emphasis on timing and priorities is important

Another issue consortia can face is the lack of a clear timeline towards the common goal. We all had other scientific projects going on at the same time, as well as asynchronous periods of the stresses that normally accompany academic life (e.g. pressure to answer revisions, running out of mice, writing and defending a PhD thesis). This meant that it was not always possible to contribute to the consortium when expected or needed, slowing down progress. How could this have been improved? Towards the end of our manuscript’s journey, we started communicating clear deadlines and tasks for each consortium member. In hindsight, this made our lives much easier and should have been implemented earlier on. Fortunately, we still got everything done on time to celebrate the news of our manuscript’s acceptance just a week before the first PhD student left the country.

The take aways: life in a complex community

Overall, working in a group allows members to address many questions that would be difficult to investigate individually. Akin to microbes living in complex environments, sharing resources, exchanging information, and division of labor are very important strategies in a group. Would we do it again? Of course! The experience and friendships gained through our consortium far outweigh the transient moments of exasperation. As we learned for plasmid transfer, your environment matters: surrounding yourself with people to exchange ideas with is the best way to thrive. Science should be cooperative and fun!

Link to the publication