When I joined Alice Prince’s lab in the summer of 2019, I was a new graduate student—not sure where I was going, but eager to get started. During my rotation the prior summer, I had worked with Sebastián Riquelme, a postdoc (now instructor) in the lab, who was studying the role of immunometabolism in the host-pathogen interactions of P. aeruginosa lung infections. My job was to generate data on S. aureus that would complement his findings on P. aeruginosa. I was studying immunology, microbiology, biochemistry, and lung physiology, and I was energized by the intersectionality and complexity of it all.

By the time I returned to the lab as a full-time graduate student, I was ready to pursue my own line of inquiry into the host-pathogen interactions of S. aureus lung infections. At the time, Sebastián was mentoring Felix Dach, a visiting medical student from Münster, Germany who had brought a longitudinal series of clinical S. aureus isolates from a patient with chronic staphylococcal lung infections. These isolates were a treasure trove of information on the adaptive mechanisms that enabled S. aureus to persist in the lung. Sebastián and Felix had already characterized the isolates’ genomes, gene expression, and metabolism. They found that the isolates had evolved to prioritize biofilm production and, as an extrapolation of Sebastián’s previous studies with P. aeruginosa, discovered that a host immunometabolite called itaconate promoted this biofilm production in vitro.

After confirming that S. aureus did indeed stimulate itaconate production during lung infection, Sebastián, Tania Wong (a postdoc in the lab), and I sought to understand how S. aureus induced this immunometabolic response and how itaconate promoted biofilm production. Guided by previous studies into the role of itaconate in the host antioxidant response and the role of S. aureus glycolysis in altering host immune cell metabolism, we found that S. aureus glycolysis induced host mitochondrial oxidant stress that resulted in itaconate production. Extrapolating from previous studies that showed that itaconate inhibits glycolysis in host immune cells, we demonstrated that itaconate similarly inhibited the staphylococcal glycolytic enzyme, aldolase, causing a restructuring of metabolism that promoted the production of extracellular polysaccharides used in biofilms. 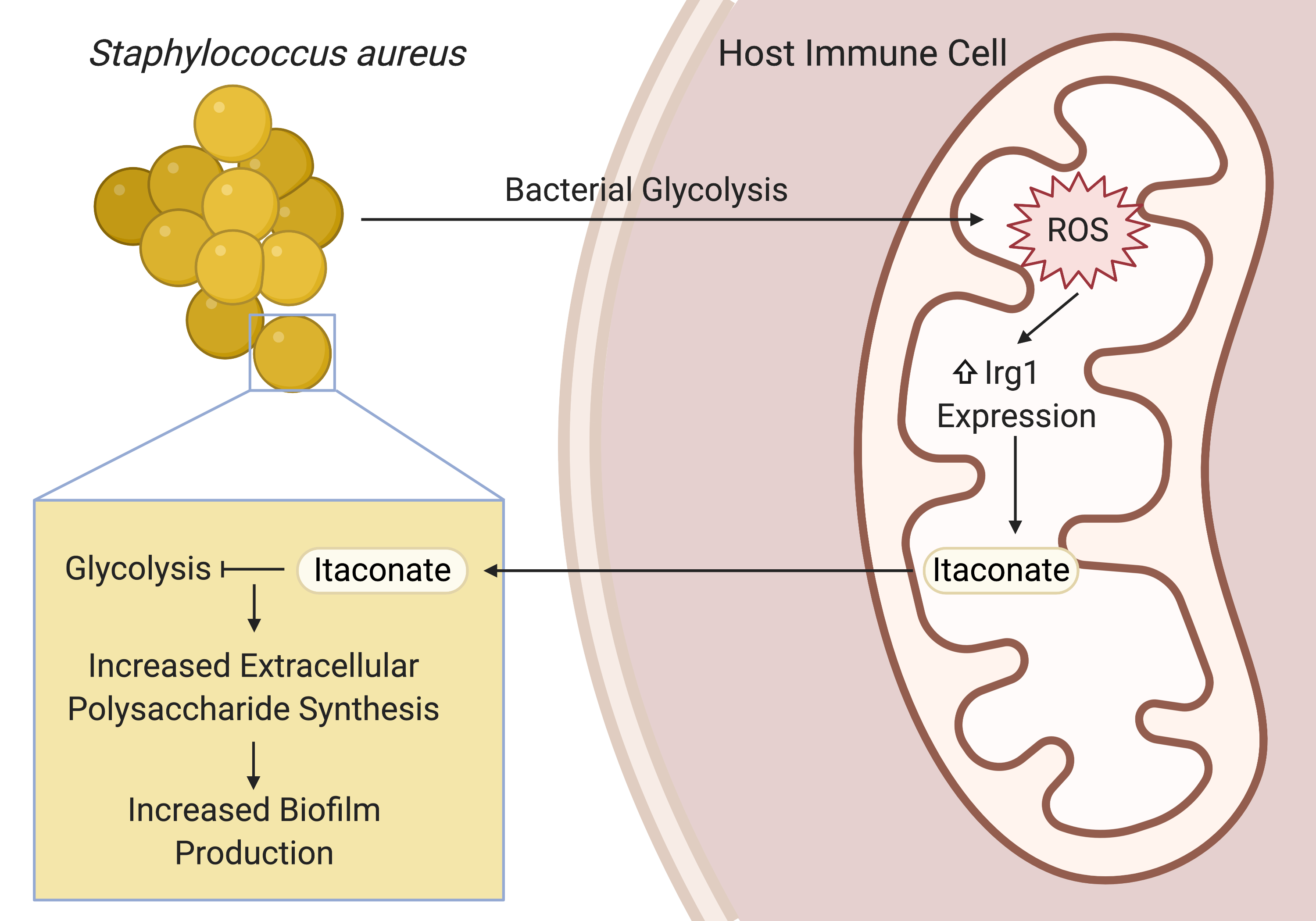 This project has been an incredible, international collaboration that has integrated metabolomics, transcriptomics, and genomics with in vitro and in vivo infection models. It has also opened the door to many other questions. From the host perspective: what role does itaconate play in modulating the immune response to S. aureus? Also, how exactly is S. aureus glycolysis linked to host mitochondrial stress and itaconate production? From the microbe’s point of view: does itaconate have multiple targets, as it does in mammalian cells? These questions represent exciting new directions and I can’t wait to keep going. 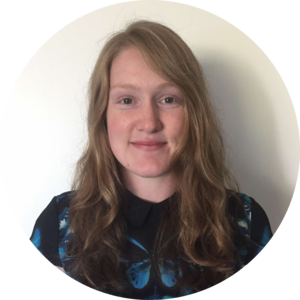