How is it possible for a single fungus to infect dozens or even hundreds of different plants? Not only having effectors but also the ability to activate them at the right place and time determines the pathogen’s host range. 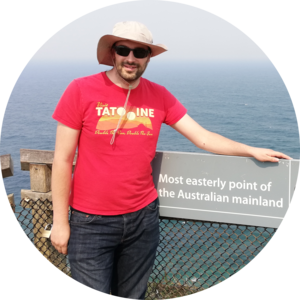 How is it possible for a single fungus to infect dozens or even hundreds of different plants? This is the question that motivated the research we did for this paper. This is a very important question not only for understanding the evolution of a pathogen’s host range – broad-range fungi like Sclerotinia, Botrytis, and Verticillium are a major issue for the protection of crops and fruits. The Septoria leaf blotch pathogen Zymoseptoria tritici encodes around 200 effectors used to infect its single host plant wheat. If a broad-range pathogen like Sclerotinia sclerotiorum followed a similar infection strategy, then it would require 80 000 effectors to deal with its over 400 host plants. This is not the case: It has a little over 10 000 genes, like most ascomycete fungi, and less than 100 effectors (by comparison, humans carry less than 25 000 genes). In fact, the effector number does not correspond with the host range at all: many pathogens are infecting only one or few hosts, but having 100s or even 1000s of effectors (like rusts and powdery mildews), and broad-range pathogens like Sclerotinia possess far fewer effectors. How it evolved the ability to infect so many plants remains enigmatic. Does Sclerotinia activate general-purpose genes for infection or does it also have sets of genes dedicated to the infection of specific plants?

We compared RNA sequencing of S. sclerotiorum during the infection of six host plants. This revealed a list of ~50 fungal genes activated specifically on Arabidopsis thaliana, a model plant from the Brassicaceae family related to cabbage, mustard, and rapeseed. We reasoned that these 50 genes should be important for the infection of Brassicaceae plants. This led us to the simple hypothesis that S. trifoliorum, a closely related fungal species, is unable to infect Brassicaceae plants because it lacks these important genes. So, we went and sequenced the complete genome of S. trifoliorum. To our surprise, S. trifoliorum also has most of the genes that S. sclerotiorum induces on A. thaliana.

At this point, it became clear that we needed to compare the transcriptomes of the two fungi on Arabidopsis, but this was an impossible experiment: S. trifoliorum does not infect A. thaliana (or any other plant except legumes). However, we knew that Brassicaceae like A. thaliana produce a well-described system of antimicrobial compounds (glucosinolates), which are also effective against Sclerotinia. Fortunately, many of these glucosinolates are commercially available, so we were able to use them in an in vitro system to mimic this specific aspect of plant infection and track the impact of these compounds on the two fungi. We discovered that camalexin had the strongest impact on their growth. Now we had a testable system and therefore performed another RNA-seq comparing S. sclerotiorum and S. trifoliorum in the presence of camalexin. And this time we found a difference between the two fungi: Only S. sclerotiorum strongly responded to camalexin, and around 70 genes were induced on camalexin and during the infection of A. thaliana. Therefore, we now think that not only the presence or absence of genes/effectors determines the pathogen’s host range, but also the ability to activate them at the right place and time.

Here, we started to dig a little deeper. Transcription factors are the key proteins for regulating the expression of genes and often bind to specific sequences in the promoters of genes. So, we obtained the upstream sequences of the 70 induced genes in S. sclerotiorum and their orthologues in S. trifoliorum. We took advantage of the fact that we were comparing a limited set of promoters between two species, which is more straightforward than comparing different sets of genes within the same genome. And indeed, we discovered that the motif WWCCCCRW is enriched in the promoters of S. sclerotiorum, which induces these genes, but not in S. trifoliorum. More than that, in the baker’s yeast the binding sites of almost all DNA-binding proteins are known and can be searched in public databases, which allowed us to narrow the search to two candidate transcription factors in the fungus, ADR1 and CreA. Even more intriguing, CreA is for example a key regulator for aflatoxin production in the pathogen Aspergillus.

We are now one step closer to deciphering how broad host range pathogens can infect so many host plants: not by stacking up >80 000 virulence genes, but by dynamic regulation of the right combination of these genes to match the requirements of overcoming the immunity of a given host. And by disrupting this virulence gene balance by targeting key regulators, such as the CreA transcription factor, we can develop new weapons for our arsenal to protect crops from such difficult diseases.