Opportunistic bacterial infections represent a pressing and continuously growing burden entailing high morbidity and mortality, in particular in hospitalized and immunocompromised patients. Most such infections are caused by bacterial species that are members of the human intestinal, skin, or airway microbiomes and have only limited pathogenic potential. This is, however, sufficient to overcome the weakened host defense of an immunocompromised patient and to cause disease1. With the increasing number of at-risk patients, opportunistic pathogens such as Staphylococcus epidermidis have diverged into different clonal lineages, some of which have remained largely innocuous commensals while others have better adapted to the healthcare environment, have often accumulated antibiotic resistance genes, and are more frequently responsible for invasive infections. However, such healthcare-associated clones usually lack aggressive virulence factors and it has remained largely enigmatic, which genetic properties may have led to the shift from a commensal to a pathogenic lifestyle.

When Xin Du, who had been trained in S. epidermidis epidemiology at Fudan University in Shanghai, joined our team as a PhD student, we again brought up the question of how healthcare-associated S. epidermidis might be distinguished from regular, commensal S. epidermidis. Volker Winstel and David Gerlach had found that subtle modifications of surface structures of Staphylococcus aureus, an even more invasive relative of S. epidermidis, can have a profound impact on microbe-host interaction2,3. We wondered whether S. epidermidis may use a similar strategy to steer its colonization vs. invasion potential. S. aureus clones differ in accessory genes that modify wall teichoic acids (WTA), surface-exposed glycopolymers with a typical, often species-specific backbone composition and variable glycosylation patterns. S. aureus WTA  has typically a ribitolphosphate backbone while S. epidermidis WTA is composed of glycerolphosphate4.

Our project started with the analysis of large S. epidermidis strain collections that we obtained from Xin’s former supervisor Min Li from Jiaotong University in Shanghai, from our collaborator Volker Rohde in Hamburg, and from our own strain collection in Tübingen. Using a number of functional and computational screening approaches we found that some S. epidermidis isolates contained indeed additional genes encoding putative accessory WTA-biosynthetic enzymes. These genes formed an operon, tarIJLM, and resembled the S. aureus genes responsible for the synthesis of ribitolphosphate WTA. The genes attracted, of course, immediately our interest. In collaboration with the labs of Christoph Mayer in Tübingen and Patricia Sanchez-Carballo in Borstel, who are leading experts in bacterial glycobiology, we analyzed the composition of WTA of S. epidermidis isolates with tarIJLM genes. Intriguingly, we found that the S. epidermidis isolates with tarIJLM genes produced both, the typical glycerolphophate WTA and the S. aureus-specific ribitolphosphate WTA. Analysis of the distribution of the tarIJLM genes in our S. epidermidis strain collections yielded the next stunning finding: tarIJLM-encoding S. epidermidis isolates with S. aureus-specific WTA exclusively occurred among isolates from invasive infections but none of the 680 commensal isolates from human skin and nose was positive for these genes! Could it be that the tarIJLM operon is a crucial factor tipping the balance in favour of a pathogenic lifestyle in originally commensal strains of S. epidermidis?

We were initially reluctant to believe it and we teamed up with our long-term collaborator Jesper Larson form Copenhagen. Jesper analyzed more than 700 S. epidermidis genomes in public databases for the presence of tarIJLM and confirmed that the genes are exclusively found in S. epidermidis clonal lineages that are known to be healthcare-associated and resistant to the signature beta-lactam antibiotic methicillin (healthcare-associated methicillin-resistant S. epidermidis, HA-MRSE). The genes are part of genomic islands on the chromosome or plasmids, which can probably be exchanged between different Staphylococcus species and strains. Interestingly, HA-MRSE clones could be divided into two groups – those with tarIJLM in all or at least a large percentage of the isolates (ST23, ST87, ST10), and those only sporadically harboring tarIJLM (ST2, ST5). Xin analyzed some relevant phenotypes of representative examples of these strains and found that only ST2 and ST5 clones have the capacity to form strong biofilms on plastic materials, which is generally regarded as the reason why they often cause implant-associated infections. In contrast, the prominent tarIJLM-bearing clones were only weak biofilm producers, suggesting that they may rely on another virulence strategy, potentially mediated by the S. aureus-type WTA.

In previous studies, conducted by Christopher Weidenmaier and Volker Winstel, we had shown that WTA represent an important adhesion factor mediating binding of S. aureus to human epithelial and endothelial cells, and that structural variation of WTA can strongly alter such interactions5. With the help of Christoph Slavetinsky and colleagues, Xin found that S. epidermidis strains encoding S. aureus-type WTA interacted with human nasal epithelial cells in a much weaker manner than typical S. epidermidis strains, a characteristic that could explain their complete absence from human body surfaces. Notably, the tarIJLM-bearing strains bound better to human endothelial cells than mutant strains lacking these genes, a feature that might increase bacterial persistence in the bloodstream and the ability to traverse the endothelial barrier. In vivo S. epidermidis colonization and infection studies by the Min Li lab confirmed that tarIJLM expression reduced the capacity of S. epidermidis to colonize the nasal cavities but increased persistence in bloodstream infections and extravasation to peripheral organ tissues ins mice. 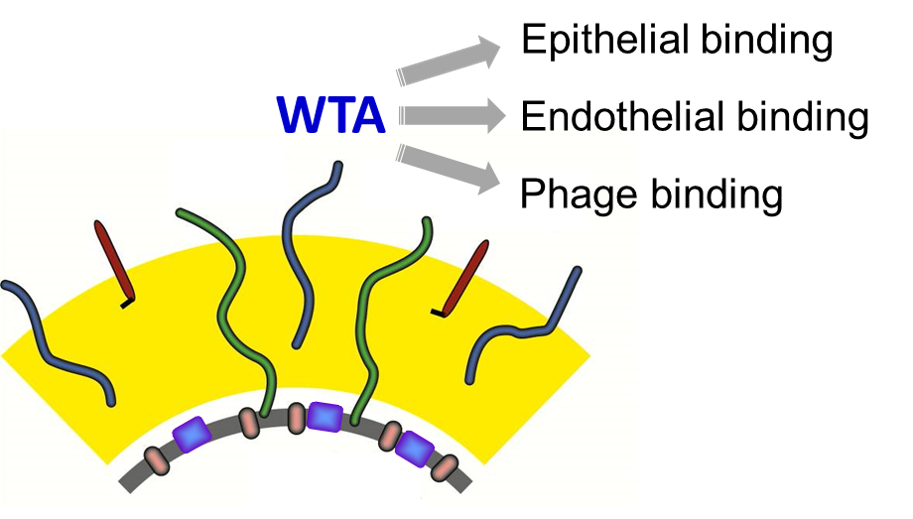 Our study yielded another critical implication: expression of S. aureus-type WTA enabled S. epidermidis to exchange DNA with S. aureus by means of bacteriophage transduction. Indeed, phages use specific WTA patterns for binding and injecting DNA into cognate bacterial host cells. Consequently, tarIJLM may have enabled the horizontal transfer of methicillin resistance and virulence factors between different species. The presence of accessory WTA genes, several of which remain to be explored in staphylococcal pathogens and commensals, probably predicts the routes of horizontal gene transfer across the WTA-specific boundaries of species and genera.

Albeit challenging, the study continuously rewarded us with unexpected and intriguing findings6. We are indebted to our international collaborators and to the Cluster of Excellence “Controlling Microbes to Fight Infections” (CMFI) in Tübingen, which enabled the integration of clinical, analytical, computational, cell biological, and molecular expertise from several laboratories. It is rare to find genetic markers that correlate so clearly with the virulence potential of a major human pathogen. The tarIJLM cluster may therefore become an important biomarker for stratifying the pathogenic potential of HA-MRSE isolates and for monitoring the evolution of this important pathogen. 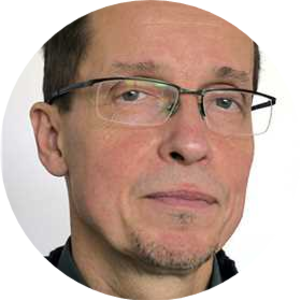 Andreas Peschel studied Biology in Bochum and Tübingen, Germany, and obtained Diploma and PhD degrees in Microbiology. He held postdoctoral positions in the labs of Friedrich Götz in Tübingen and of Jos van Strijp in Utrecht (The Netherlands) focusing on Staphylococcus aureus cell wall and host/pathogen interaction. After a period as Assistant Professor at the Faculty of Biology he accepted a call to the Medical Microbiology and Hygiene Department as a Professor of Cellular and Molecular Microbiology in Tübingen. Since 2008 he is a Full Professor of Microbiology at the Interfaculty Institute of Microbiology and Infection Medicine Tübingen (IMIT) heading the Infection Biology Department. His lab studies staphylococcal biology with special interests in nasal microbiome dynamics, teichoic acids, and evasion of antimicrobial defense mechanisms.

Such a captivating discovery that will pave the way for future explorations. S. epidermidis is definitely an interesting opportunistic bacteria to work with. Thanks!