The gut microbiomes of a wild, generalist species reveal that gut microbial adaption to anthropogenic disturbances may not occur fast enough to keep up with the increasing rate of global change in the Anthropocene, potentially harming wildlife health and increasing zoonotic potential in the process.

The rate of global change in the Anthropocene is undoubtedly high and human influence can be felt across the globe. As humans continue to change the global landscape and expand into remaining wildlife refuges, we at the Institute of Evolutionary Ecology and Conservation Genomics at Ulm University asked ourselves if and how wild animals are coping with these (evolutionarily speaking) new anthropogenic disturbances. The reason why is simple: humans are increasingly playing a key role in the global ecosystem and we need to understand how human health, wildlife health, and environmental health are interconnected. This fact was painfully thrust into the limelight during the Covid-19 pandemic, whose origin is likely zoonotic, underlining the importance of understanding how wildlife health is impacted by anthropogenic disturbances.

The gut microbiome plays an intricate role in the health of its host, as it communicates bilaterally with the host’s immune system, owing in part to its role as a symbiont that evolved together with its host. This relationship is regulated and, when balanced, benefits both host and microbial community. However, relationships brought out of balance are often correlated with diseased host states, in a process known as dysbiosis. Thus, by sampling wildlife gut microbiomes subjected to varying degrees of anthropogenic disturbance, we aimed to analyze their gut microbial response and thus gain a better understanding of their health status in the Anthropocene.

Because of their ubiquity, the anthropogenic disturbances we focused on in this study were habitat fragmentation and the intrusion of humans and their domesticated animals. Although previous studies have shown that the combination of habitat fragmentation and contact with humans can cause gut dysbiosis, we were interested in knowing if habitat fragmentation alone causes dysbiosis, or if the combination with human contact is a necessary element in this dysbiotic process. To find out, we sequenced the gut microbiomes of 384 spiny rat (Proechimys semispinosus) individuals living in a unique arrangement of landscapes in the Panama Canal area in Panama, Central America: Some spiny rats inhabit protected forests that are continuous (i.e., not fragmented) and thus formed our control group, whilst others inhabit islands in the Panama Canal that were formed during its flooding over a century ago. These islands are under protection, but they are also obviously fragmented, allowing us to study the effects of habitat fragmentation without any additional anthropogenic disturbance. The third study group of spiny rats inhabits tropical rainforest patches that are not protected and that are fragmented because they are interrupted by human settlements and agriculture. By comparing the habitat fragmentation-only group and the fragmentation and human contact group to our control group, we were able to conclude that habitat fragmentation alone does not change the gut microbiomes of these wild spiny rats. However, habitat fragmentation combined with the additional anthropogenic disturbance of being in contact with humans and agriculture did change these gut microbiomes in two ways: On the one hand, the gut microbial community shifted in its composition, indicating a degree of adaptation. On the other hand, however, the gut microbial community became more dispersed (i.e., more heterogeneous) and the diversity of microbes in the spiny rats decreased following the Anna Karenina principle, suggesting that the health of these wild animals could be declining. Because of its plasticity, the microbiome is thought to be able to buffer environmental changes for its host that, in comparison, cannot adapt as quickly as its microbiome. Though we find some evidence of this happening, it appears that this gut microbial adaptation is not occurring fast enough to keep up with the increasing rate of anthropogenic disturbances, even in the spiny rat that is considered to be a generalist species and thus should cope better with changes in its environment. We can only imagine what this means for the health of countless wild animals facing anthropogenic disturbances across the globe and thus for the potential of zoonotic diseases to take hold and spread.

This study is part of a larger project funded by the German Science Foundation (DFG) within the Priority Program SPP 1596/2 Ecology and Species Barriers in Emerging Infectious Diseases (SO 428/9-1, 9-2). More information on further studies at the microbiome-health interface can be found on our institute homepage. Photo courtesy of Simone Sommer. 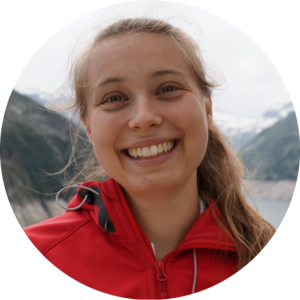 I am a PhD student enrolled in the fast-track PhD program at Ulm University in Germany and recipient of a doctoral scholarship from the German Academic Scholarship Foundation (Studienstiftung des deutschen Volkes). My research focuses on the impacts of anthropogenic stressors on the gut microbiome of wildlife, which serves as an indicator of health. My tools of the trade are state-of-the-art high-throughput sequencing technologies, including 16S rRNA gene sequencing and shotgun metagenomics. My experience lies in the combination of genomics and ecology with a strong focus on bioinformatics.

Feel free to get in touch with me via email (gloria.fackelmann@uni-ulm.de), on ResearchGate, Twitter (@Fackelmeister) or LinkedIn.