+2
Paul Wilmes and 2 others See all
Professor, University of Luxembourg
Follow 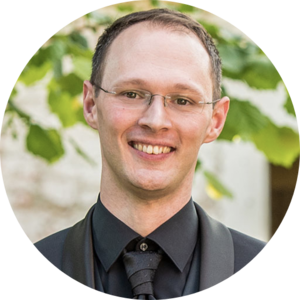 Technological advances and a better understanding of biology often go hand-in-hand. With the advent of high-throughput omics, it became feasible to study complex biological systems on a larger scale than before and at previously impossible depths. However, omics data itself needs to be processed further, like polishing a diamond or roasting coffee beans. While coffee was a steady supporter, the analysis of our recently published time series meta-omics dataset of waste water treatment plant (WWTP) microbiota took much longer than it takes coffee beans to roast  - which, by the way, takes less than an hour (https://library.sweetmarias.com/how-to-roast-your-own-coffee/).

It all started about four years ago with questions revolving around ecological niches in mixed microbial communities and in particular lipid-accumulating organisms in a WWTP. We considered that the functional potential of microbes, i.e., the functions encoded by their genomes, would be a good proxy for the fundamental niche the respective microbes could occupy. Although a niche is easier to grasp in the macro-world, e.g., birds occupying different parts of a tree (their respective niches), it was interesting to see that the fundamental niches of the most abundant microbial members of the WWTP were discrete (Fig. 1). Incidentally, this was suggested in an independent study while our manuscript was in review (https://www.nature.com/articles/s41467-020-18695-z). In our case, we identified four larger clusters of fundamental niche types.

With this information recovered through metagenome-assembled genomes (MAGs), we were left wondering how much of the theoretical niche space is actually utilized. Hence, we characterised the realized niches by looking beyond the metagenome. This is what led us pretty deep down the rabbit hole. The nicely discrete fundamental niches vanished when integrating metatranscriptomic and metaproteomic data. And instead of a single datapoint (the functional potential of a microbe as represented by its MAG), we now had one datapoint per MAG per time point. At 51 time points and 78 metagenome-assembled genomes from the most abundant community members, we observed extensive variation per microbe (Fig. 2).

Interestingly, the taxonomic composition remained largely stable over the time series (Fig. 3). Albeit, there was a substantial shift midway through the 14-months sampling period, the composition recovered again after about one month. This shift was characterized by the decline of the previously dominant, well-known WWTP dweller, Microthrix parvicella. M. parvicella, which is one of the primary lipid-accumulators in the microbial community, was back at the helm soon after though.

Thanks to our specially designed extraction protocol (https://www.nature.com/articles/ncomms6603 , https://doi.org/10.1016/B978-0-12-407863-5.00011-3), the trio of metagenomics, metatranscriptomics, and metaproteomics, was  joined by (meta-)metabolomics, making the quartet complete! Parallel to the shift in taxonomic composition, several of the substrates also shifted (Fig. 4). This left us with the “chicken-and-egg” problem: Did the substrates change due to community composition or vice versa? While this question is difficult to answer definitively in a real-world biotechnological process, we concluded that the substrate change was likely first. Using labeled metabolites in the inflow would have been helpful here, but this is rather unlikely to be approved by regulatory bodies, for hopefully obvious reasons. A “kill-the-winner” scenario, where the dominant population’s size is markedly reduced by bacteriophages, could also be a contributing factor. The angle of how phages, mobile genetic elements, and bacteria interact is currently being explored by us and our results will be released soon in a separate study - stay tuned!

With the constancy over the most part of our sampling period and the recovery of the system after the perturbation, we thought again about this variation in the realized niches. Slowly but steadily, the hypothesis emerged that this variation is likely a feature of the community, rather than a bug (no pun intended). The possibility and capacity to adapt to changing environmental conditions is key for microbes to persist. Hence, some baseline variation is expected under normal conditions, yet more drastic changes in the phenotype become necessary when strong disturbances occur.

To better assess how quickly adaptations to a specific substrate change occur, we performed ex situ experiments. We set-up a bioreactor in the lab and seeded it with samples from the WWTP. The laboratory setting allowed us to add specific substrates at varied oxygen levels to determine the response of the same bacterial species observed in situ. We saw that particularly at aerobic conditions, the species, e.g., Acinetobacter spp. and Leptospira spp., dominating the earlier described community shift also showed quick adaptation in their transcriptional response to increased oleic acid levels.

Considering all these observations in situ and ex situ, we concluded that resistance and resilience of the community are functions of niche complementarity and phenotypic plasticity. For example, one microbial species exhibits extensive plasticity in gene expression, meaning that a set of genes within a species can produce more than one phenotype when exposed to different conditions. The ability to adjust their phenotype – the sum of the organism traits – allows the population to be resistant to fluctuations.

It was extremely fascinating to observe all these aspects at the various omic levels, yet it was also a daunting task. Making this quartet play nicely together proved challenging more than once. Importantly, these different omes have their own tempi, e.g., some proteins might be measured, although their corresponding transcripts have already been turned over and thus do not appear in the metatranscriptomic data. At the beginning of the analyses, this may be confusing to observe and we had to develop a way of considering this in our analyses. But it also highlights the complementarity that meta-omics data can provide to study mixed microbial communities. Moreover, the unambiguous identification of proteins and peptides remains a major challenge, which we hope will soon be closer to the performance of nucleic acid sequencing-based approaches.

Overall, our study has barely scratched the surface of this dataset. We believe that our results are particularly relevant for the development of future ecological engineering efforts and to achieve sustainability goals. We hope that our research angle on resistance and resilience motivates our peers to go even deeper down the rabbit hole, develop novel meta-omic data integration approaches, and gain new insights into mixed microbial communities and the factors shaping them, in wastewater treatment plants and beyond!