To adapt changing environment, Gram-negative bacteria have have evolved a variety of regulatory systems such as envelope stress responses (ESRs) and extracellular function σ factor (σECF), which controls numerous cellular processes. AlgU in P. aeruginosa is a key transcriptional element σECF for stress signal transduction and amplification in ESRs system 1. The activation of AlgU is achieved by the step-by-step degradation of MucA by proteases AlgW, MucP and ClpXP in regulated intramembrane proteolysis (RIP) pathway 2. MucA and MucB are critical negative modulators of sigma factor AlgU and regulate physiological process like alginate synthesis and mucoid conversion of P. aeruginosa. In non-mucoid strains, MucB and MucA form a stable complex to protect MucA against the cleavage of Site-1 protease AlgW. However, signal molecules such as misfolded outer membrane proteins (OMPs) and the mis-located lipopolysaccharide (LPS) accumulated in the periplasm will activate MucA cascade proteolysis (MucA-RIP) and lead to mucoid conversion 3. The previous studies proved that OMPs initiates the MucA-RIP by activating protease AlgW to cleave the periplasmic region of MucA, whereas the specific signal transduction mechanism of LPS activating MucA-RIP is rarely reported. In addition, the structural basis and molecular mechanism of repressor MucA, MucB are not completely clear. To provide further insights into MucA-RIP pathway, we determined the crystal structure of MucAperi-MucB complex, which contribute to understanding the mechanism of ESRs stress signal transduction in P. aeruginosa and providing therapeutic strategies for pathogen infectious diseases.

Based on the structural comparison between MucAperi-MucB and E. coli functional equivalent RseAperi-RseB, we revealed the MucAperi-MucB complex presents a relatively loose structural state, in which the MucA degradation sites were exposed in the solvent. Further analysis showed that the conformational change was caused by the binding of a PEG molecule to the hydrophobic cavity of MucB, which triggered the Loop92-113 inversion and exposed the degradation sites of MucA to the solvent. Thus, led to the subsequent recognition and degradation of MucA by AlgW. The PEG molecules could be simulated as various intercellular signal molecules, such as Lipid-A, bound in the hydrophobic pocket of MucB and then initiated the conformational change of MucB and exposed the MucA degradation sites. Apart from the structural analysis, we presented distinct phenotypes in the deletion of mucA-mucB strain, in which the alginate synthesis, biofilm formation and virulence factors have been influenced. Our study suggested mucA and mucB play an important role in regulating the physiological function of P. aeruginosa. 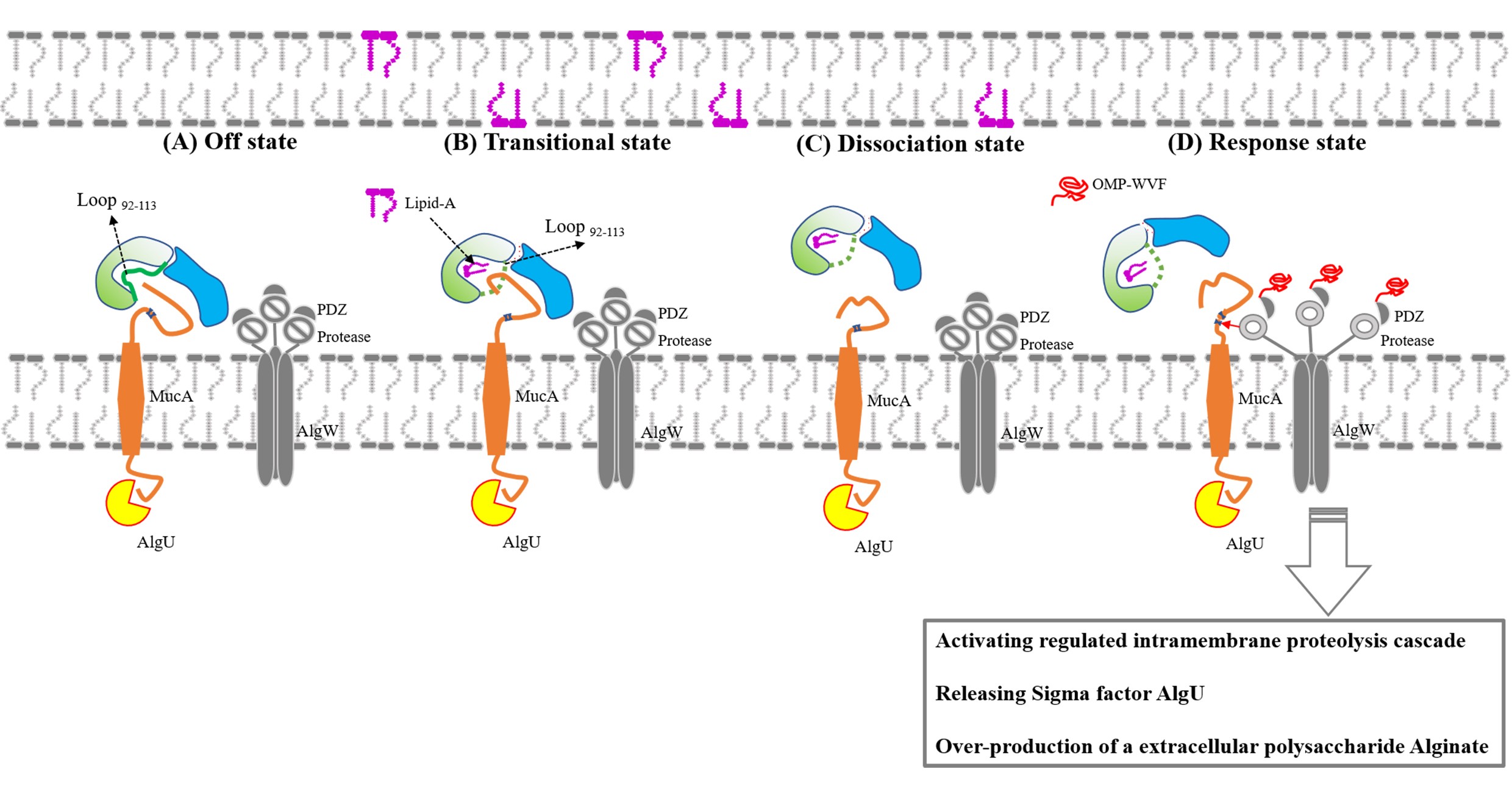 Figure 1. The model of MucA-MucB conformational conversions in response to amphiphilic effectors like lipid signals.

Towards the perfect genome editing