Locked and loaded: effector protein transport through the injectisome revealed

+2
Sean Miletic and 2 others See all
PhD student, UKE Hamburg/University of Vienna
Follow 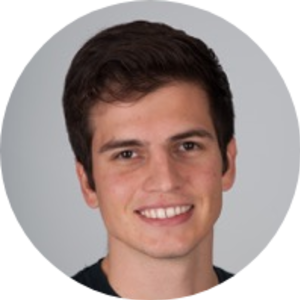 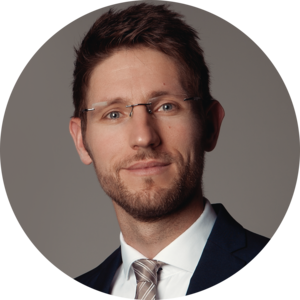 It is difficult to describe the excitement when one views a successful protein purification with an electron microscope. Hundreds of homogenous particles spread out across the EM grid, suddenly materializing on the computer screen as the objective lens is slowly defocused. It is thrilling. Perhaps even reassuring, as the project will finally progress. It is even more rewarding if the protein particles happen to be pleasing to the eye, such as the symmetrical needle complexes of the type 3 secretion system (T3SS): several rings of different symmetries assembled on top of each other and supporting a helical needle filament extending out with a small density at the tip (Figure 1a). Could that be a substrate?

The T3SS needle complex is a rather infamous macromolecular machine enabling several human pathogens to colonize or invade tissue and as a consequence has attracted much interest across the microbiology community. Capable of breaching membrane barriers of host cells, the needle complex conduit translocates a variety of protein effectors which then go on to hijack several cellular processes and ultimately cause infection. However, how the process of protein translocation occurs is not completely understood. Several studies have characterized the membrane-spanning needle complex and an inner core subcomplex called the export apparatus, and its homologs, in high detail1–5. It became apparent that the constricted export apparatus should undergo some conformational changes to provide a clear secretion path for substrates to travel2. Therefore, visualizing the T3SS in an active state with a protein substrate would improve our understanding of how this molecular machine is operating.

How can one structurally characterize the rapid process of substrate transport? One strategy is to exploit the biology of the T3SS—proteins must be partially unfolded to be transported through the complex6—by trapping substrates fused to globular tags resistant to this specific unfolding7,8.  Even then, the signal of a trapped substrate is very weak compared to the many surrounding proteins of the needle complex, requiring the sample to be enriched for the substrate and to collect and process large cryoEM datasets at a high resolution.

To accomplish this, we needed to scale up our sample-to-structure cryoEM pipeline which required a collaborative effort. First, we started purifying needle complexes from many liters of Salmonella culture just to produce enough starting material to then enrich for substrate-trapped complexes using immunoprecipitation. After carefully plunge-freezing the complexes, we were gratefully allowed extended access to the latest electron microscope and camera technology which we could use to collect thousands of high-resolution micrographs. Processing the data required a remarkable effort as well: several rounds of classification to select for the best particles and application of different symmetries to resolve the export apparatus core, the transitions between the inner and outer membrane rings, and the export apparatus and needle filament. Once accomplished, the symmetry could then be relaxed, revealing the entire needle complex with a striking unstructured substrate density in the central channel (Figure 1a). However, then starts the next challenge of building and interpreting a model for such a large complex with 137 protein chains. This was a feat in itself which was greatly aided using new intuitive software packages for model refinement and visualization9,10. These efforts soon paid off: for the first time we could see without symmetry bias and from top to bottom, how the full needle complex is built up and could interpret the changes required for actual transport of substrates through the export apparatus and needle filament.

Surprisingly, it is not large protein movements occurring during substrate transport, but rather smaller changes in the residues lining the secretion channel of the export apparatus. This highlights the overall rigidity of the needle complex, which could be a requirement for high-speed protein translocation into hosts. The snorkeling export apparatus channel is assembled from one SpaR and five SpaP proteins, with four smaller SpaQ proteins positioned below. Careful examination of these proteins revealed two hydrophilic belts of glutamine residues and a tight gate of methionine residues that together interface with the substrate density, guiding it through the export apparatus (Figure 1b).  The conserved SpaP methionines form a closed gate in substrate-free states but dilate just enough to form a tight seal around the unfolded substrate density, functioning to prevent unwanted leakage through the bacterial envelope once the conduit is assembled. In addition, a previously unresolved loop from SpaR extends up from a closed position to an open, vertical position providing enough room for the substrate to pass beyond to the needle filament lumen. Close examination of this EM density, revealed that the open SpaR loop further adopts two different conformations with a rotating Ile114 residue, indicating flexibility and suggesting a role in substrate transport (Figure 1b). What about the substrate itself?  The EM density of the trapped effector protein suggests that it could have some alpha helical secondary structure while traveling through the system, which is in line with previous structural characterizations of the substrate in a pre-secretion, chaperone-bound state11.

The different structural components we describe likely function in unison to facilitate substrate transport, the basis of this remarkable molecular machine, and we cannot help but think of the parallels it draws to the well-attuned research team working together on this paper. Our findings would only have been possible with the help of several current and former lab members readily volunteering to join and advance this project. Extensive knowledge and experience in biochemistry, cryoEM, data processing, and model building were needed, which is an immense skill set for any one individual to possess. Many hands were used for preparing reagents and strains, and performing protein purifications, functionality assays, and quantifications. Expertise was utilized to tame the sophisticated cryoEM microscopes and operate them at the highest possible imaging resolution. Decades' worth of cryoEM data processing experience was drawn upon to obtain an unprecedented ~3 Angstrom map of the needle complex.  Meticulous model building was critical to construct the massive models and identify the fine conformational changes caused by the presence of the substrate. Analogous to the components of the molecular machine we studied, this unified effort from several essential individuals was critical for determining the substrate-trapped structures we present in Nature Communications12.

Nevertheless, there is still more research to be done and more details yet to be discovered about the inner workings of this secretion machine. Several additional proteins form a more mobile complex in the cytoplasm and are responsible for preparing and queuing substrate cargo to the needle complex13. How these proteins accomplish these tasks and engage with substrates, represent the next questions in the field. A collaborative scientific approach could tackle this endeavor efficiently, leading to more exciting moments at the electron microscope.

Mtb biofilms: a sticky affair to fight the war for tubercle bacilli!