+1
Christian Doerig and 1 other See all
Professor, RMIT University
Follow 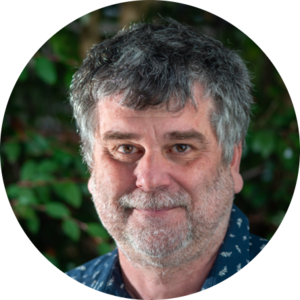 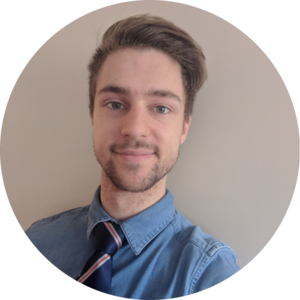 This paper reports on the surprisingly large extent of signalling that goes on in erythrocytes upon infection with malaria parasites. Since the pathways involved overlap significantly with those that are implicated in cancer, this offers exciting perspectives with respect to exploiting the well-funded cancer drug discover pipeline to tackle the problem of malaria.

The story originates with what was (with the benefit of hindsight!) a naïve misconception that the biology of malaria parasites (genus Plasmodium) is much more similar to that of model eukaryotes than it turned out to be.  Our original biological question was to elucidate the pathway that regulates sexual differentiation, whereby parasites, once inside their host erythrocyte, withdraw from proliferation and engage into differentiation to male or female gametocytes, sexual cells that are required for transmission to the mosquito vector.  We started to work on this problem in the mid-1990’s, before the Plasmodium genomic era.

We looked to yeast mating type differentiation as the best-understood model for sexual differentiation of a unicellular eukaryote.  It was well-established at the time that in yeast the process is directed by pheromone-dependent activation of a MAP kinase (mitogen-activated protein kinase) pathway.  We therefore set out to identify MAPK pathway components in Plasmodium.  In those days, this was done through PCR using degenerate primers targeting conserved regions of the target gene.  We readily identified two (rather divergent) MAP kinases using this approach 1,2.  However, this utterly failed for the kinase that lies directly upstream of the MAPKs, i.e. the MAPKK (or MEK). We reasoned that hypothetical Plasmodium MEK gene was too divergent to be detected in this way, and resorted to a pharmacological approach, using highly selective, allosteric MEK inhibitors.  These had low micromolar potency on parasite proliferation, suggesting a parasite-encoded MEK is required for parasite survival, and comforting us in our preconceived idea that there WERE orthologues of MEK in the parasite.

Enters the full Plasmodium genome. We quickly characterised the entire kinome of the parasite 3, which confirmed our earlier finding that the parasite encodes two MAPKs.  To our immense surprise, and even though the full MAPK pathways were thought to be ubiquitous in eukaryotes, there was NO homologue of MEK in this kinome!  How then could we explain the effect of highly selective MEK inhibitors?

This prompted us to view the system more holistically. What we are dealing with is a parasite residing in an erythrocyte.  So perhaps the MEK inhibitors act on a host cell MEK? Testing this hypothesis led to the demonstration that the parasite activates a MEK activation pathway in its host erythrocyte 4.  Considering that this particular pathway may be the small tip of a large iceberg, we wanted to comprehensively interrogate host cell signalling during infection. To do this we employed Kinexus’ Antibody Microarray technology, which enabled us to demonstrate (this paper) that there are indeed profound changes in host cell signalling during infection, as illustrated by the figure below.  The rest you can read in the Adderley et al. paper.

A few concluding thoughts:  Malaria continues to be a scourge of humankind.  The optimistic view that the disease might be eradicated within a few decades had to be abandoned. New ideas to combat the disease are urgently needed because of the emergence of parasites that are resistant to our entire arsenal of antimalarial drugs.  Host cell signalling offers exciting opportunities in antimalarial drug discovery.

We would not have engaged in investigations of host cell signalling if we had not clearly disproved a wrong hypothesis, namely, that Plasmodium gametocytogenesis is regulated by MAPK pathway as is the case in yeast  (this hypothesis was further disproved when our reverse genetics experiments showed that parasites lacking either of the atypical MAPKs we found in the Plasmodium kinome are perfectly able to produce gametocytes 5).

Overall, a nice illustration that a clearly disproven hypothesis can be very useful in our quest for new knowledge.