The misuse of antibiotics has provided powerful evolutionary pressure to accelerate the spread of resistance genes. Two recent examples are quorum-sensing enzymes from marine organisms that have demonstrated β-lactam antibiotic-degrading activity comparable to those from pathogenic bacteria.

Antibiotic resistance is a rising socio-economic problem due to the lack of industrial antibiotic development over the last two decades. Although new antibiotic substances are developed continuously by academic groups, very few are transferred into industrial production and clinical application. Therefore, there is an imminent global threat that available antibiotic substances may not be effective against ever faster evolving microbial pathogens; the most prominent among these pathogens are listed by the WHO and categorised in class 1–3 threat levels [1].

Sustained periods of haphazard use of antibiotics in both the medical sector and agriculture (i.e. the mass use of antibiotics in animal husbandry and plant growth), combined with enhanced global mobility, are pivotal factors driving the development of antibiotic resistance in both humans and domesticated farm animals. The rapid spread of resistance is exemplified by a group of enzymes, metallo-β-lactamases (MBLs), which are highly efficient in deactivating nearly all types of naturally occurring β-lactam-based antibiotics (e.g. penicillin G, cephalosporins, carbapenems), and for which no clinically useful inhibitors are currently available [2]. 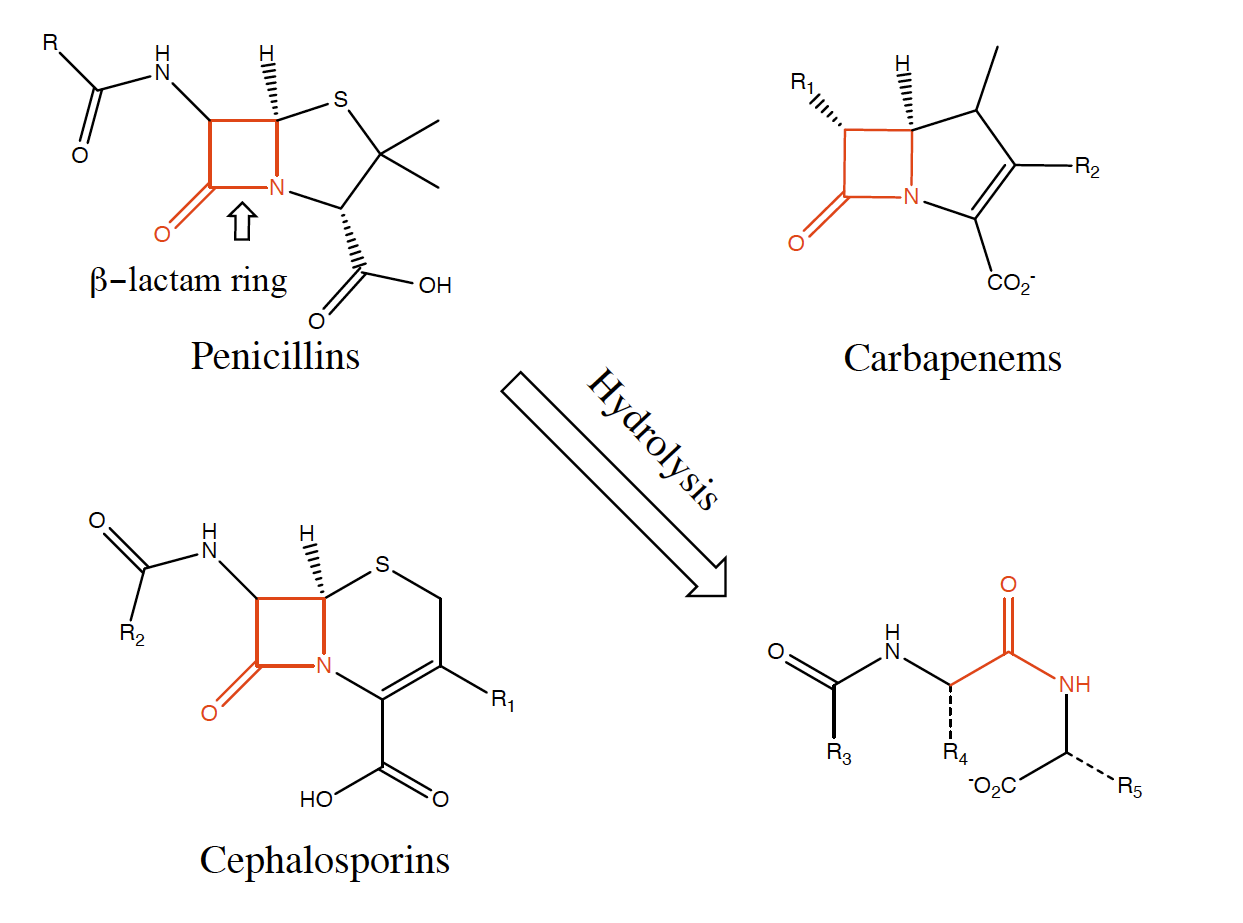 Hydrolysis of the three major β-lactam antibiotics by β-lactamases.

However, although anthropogenic activities are a major contributor to the sharp rise in antibiotic resistance, resistant microorganisms (many of which produce MBLs) have also been detected in pristine, unchallenged environments, such as the frozen tundra of a remote Alaskan region [3]. Therefore, studying MBL properties from “unchallenged”, i.e. pristine environments, may hold clues about their origin and evolution, which in turn can identify the routes by which these microorganisms acquire antibiotic resistance. Uncovering such routes or alternative roles of MBLs in microbial interactions with their natural environment may, ultimately, provide strategies to develop new drugs that combat microbial infections which clearly constitute a major threat to modern health care.

We previously demonstrated that marine environments harbor a large number of MBLs from the B3 subgroup [4,5]. Of particular interest among those MBLs are those from the marine organisms such as the bacteria Novosphingobium pentaromativorans (MIM-1), found in estuarine sediment at Ulsan Bay, Republic of Korea [6], and  Simiduia agarivorans (SAM-1), recovered from seawater at Keelung, Taiwan [7]. These bacteria acquired potent MBLs, but are also capable of hydrolyzing quorum-sensing molecules [8]. Thus, enzymes such as MIM-1 and SAM-1, while likely to play an important role in sensing in their natural environment, do have the capability to transmit an antibiotic resistance agent that has the potential to be harmful to both public health and the food chain. 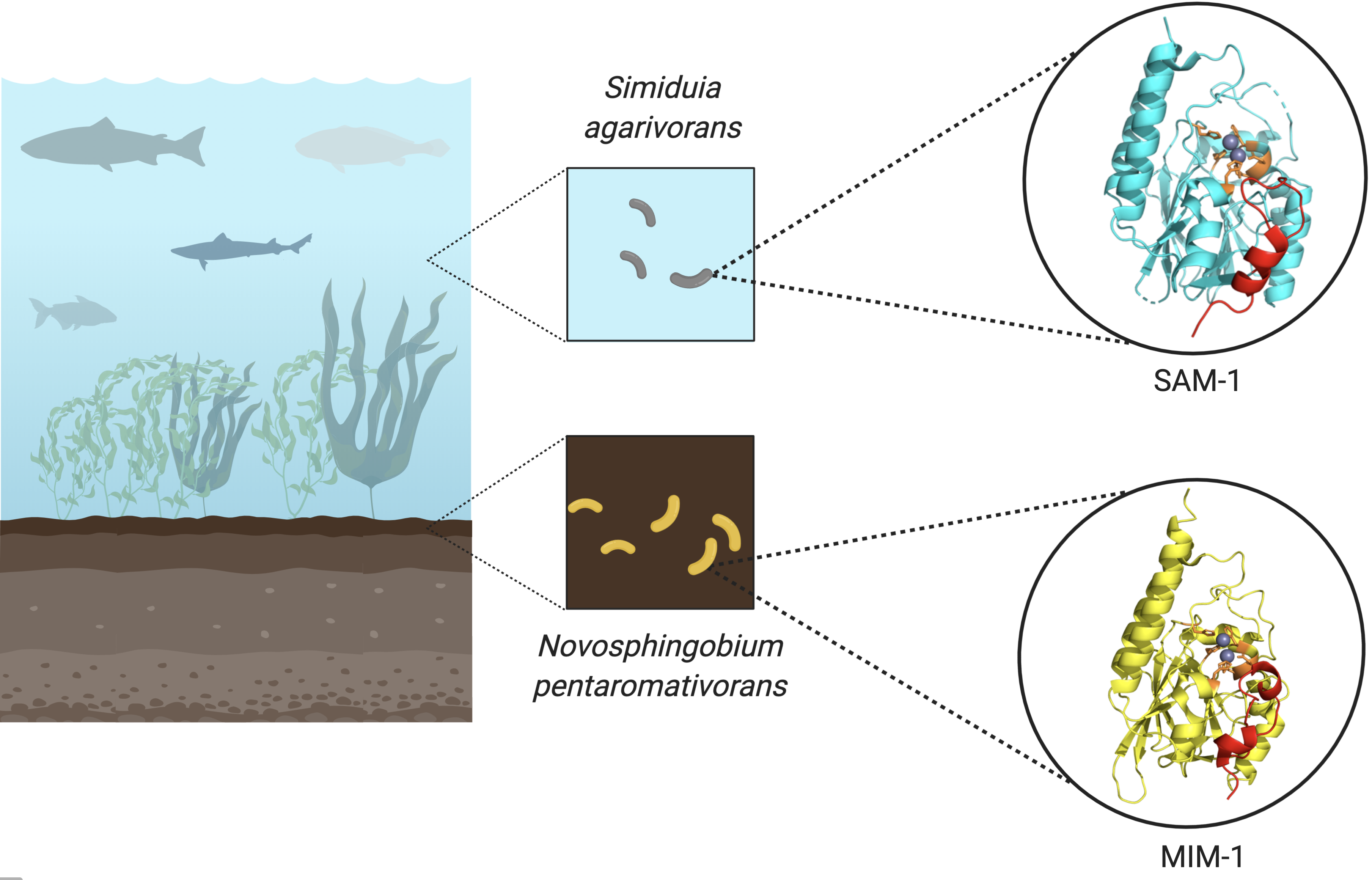 New antibiotic degrading enzymes from Novosphingobium pentaromativorans (MIM-1) obtained from estuarine sediment at Ulsan Bay, Republic of Korea, and Simiduia agarivorans (SAM-1) recovered from seawater at Keelung, Taiwan. These bacteria have genes conferring antibiotic resistance that can be rapidly disseminated from one microorganism to another by mobile genetic elements, thus transferring resistance to previously susceptible bacterial strains.

A better understanding of the natural role(s) of MIM-1 and SAM-1 may facilitate the design of new preventative measures that can hinder pathogens entering our human ecosystem, where they can cause disease. For instance, compounds that disrupt quorum sensing may hinder bacteria from acquiring nutrients, thus preventing their propagation and ability to form colonies that can initiate the formation of bacterial biofilms, which are a major driver of infection propagation, particularly in clinical environments. 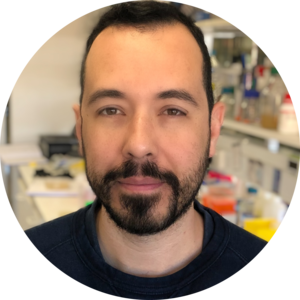