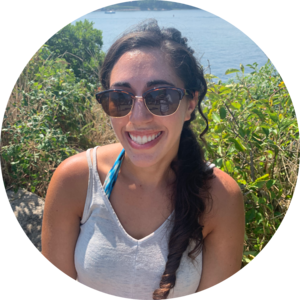 METZYME was a research expedition which aimed to connect trace metal nutrient distributions (MET) with microbial proteins and enzymes (ZYME) in the ocean – an endeavor which has enabled a powerful glimpse into the marine microbiology and biogeochemistry of the central Pacific Ocean. The goal of this expedition was to examine the role trace metals play in surface primary productivity and remineralization, ultimately improving our understanding of how the chemical environment influences biogeochemical cycling of carbon in the ocean. METZYME was a smashing success, providing insights into cyanobacterial nutritional stress and requirements (Saito et al. 2014, 2015; Hawco et al. 2020), deep sea chemoautotrophy (Santoro et al. 2017; Saito et al. 2020a), mercury and selenium biogeochemistry (Lamborg et al. 2014; Soerensen et al. 2014; Munson et al. 2015, 2018; DiMento and Mason 2017; Mason et al. 2018), and offshore dinoflagellate ecology and nutrient strategies (Cohen et al. 2021). METZYME also turned out to be a valuable exercise in being prepared and quickly adapting to unexpected events while at sea. As many oceanographers know, research cruises are a physically and mentally grueling experience. They involve months of logistical effort leading up to them to ensure appropriate sample collection, storage and transport across international lines, and require detailed knowledge of ocean instrumentation and engineering. The field was only just figuring out how to orchestrate multi-‘omic collection alongside trace metal clean seawater sampling when this expedition occurred. In the Saito lab, this process involves attaching ~80 pound McLane pumps to a winch line which gets lowered over the side of the ship, filtering hundreds of liters of seawater in situ to collect enough biomass for later ‘omic investigations, and setting up a makeshift trace metal clean “bubble” room onboard the ship (which is made almost entirely of metal) for the chemical analyses. Some of us (me) can barely carry an 8L niskin bottle full of seawater, let alone lift an 80 pound McLane pump! These operations are a tremendous group effort, and would not be possible without the hard work and collaboration of the ship crew and science team. 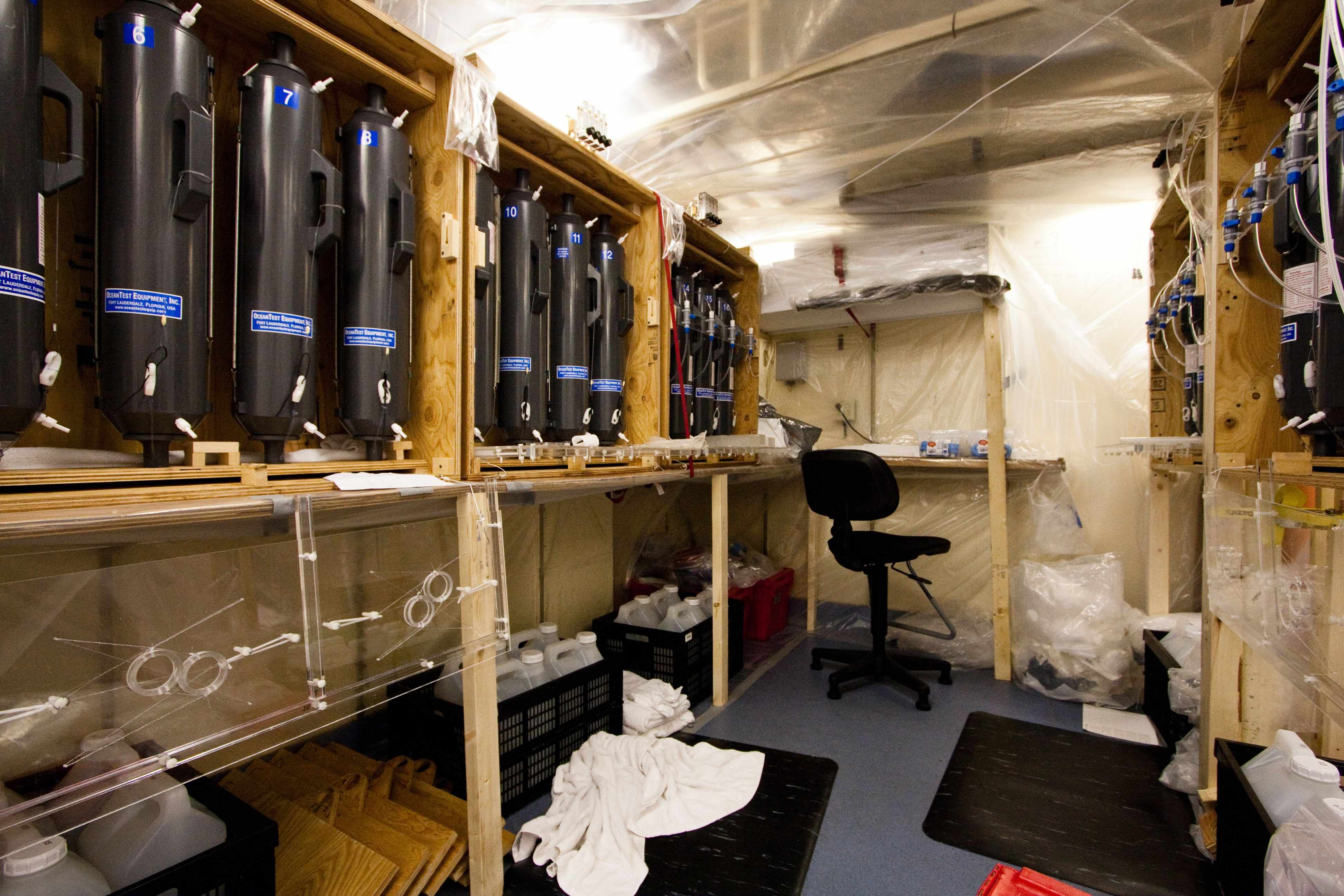 The METZYME expedition was full of surprises, and actually almost failed early on. The entire CTD rosette equipped with niskin collection bottles and chemical sensors was lost to the bottom of the ocean at Station 3. A second CTD sensor package was purchased for the Trace Metal Clean rosette before the cruise, and this became the main sensor until replacement parts were sent over to Christmas Island from the University of Washington halfway through the expedition. In another stroke of bad luck, the counter block attached to the ships’s A-frame that tracks CTD depth broke, although thankfully the scientists brought an extra block onboard. One of the bigger surprises from this expedition was the relative abundance of dinoflagellates; they were prevalent across the transect in both surface and deep waters, yet functionally, their metabolic profiles were very different. Since dinoflagellates were not expected to be dominant contributors to the molecular pools, efforts to isolate live cells and bring them home were not made, which was unfortunate since little is known about offshore dinoflagellate physiology. Another shock was the discovery of a hydrothermal plume directly below the ship at the very last sampling location, which was only identified after analyzing seawater for trace metal content back in the lab. The science team had no idea at the time that the hydrothermal metal signal would be decoupled from the previous measurements of hydrothermal helium, and biomass was not collected at the heart of this metal plume, although microbes were almost certainly responding to this intense chemical feature. And due to the earlier delays, there was almost no time left to extensively sample at this station. Despite these setbacks and limitations, most of the intended oceanographic samples were successfully collected, and the results enhanced our understanding of trace metal distributions and microbial metabolism across the vast central Pacific Ocean. 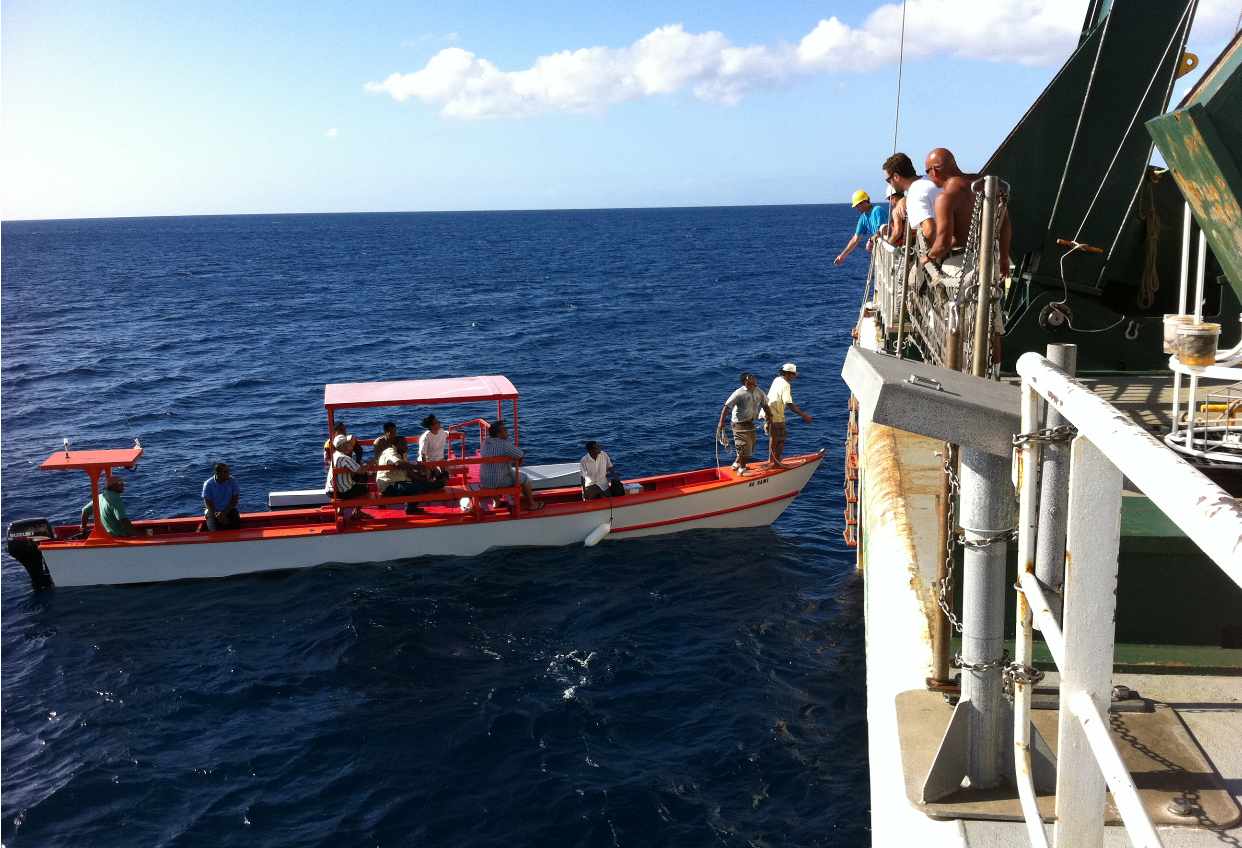 Oceanographers could spend years analyzing ocean samples collected from a single expedition crossing geochemical gradients and ecosystems (and we have!). METZYME is an especially valuable expedition in that a variety of chemical and biological parameters were simultaneously collected throughout the water column, producing millions of transcripts and thousands of proteins alongside nutrient concentrations, and enabling spatial mapping of marine metabolism across vertical and lateral ocean transects. There is still much to be discovered within this public dataset (Saito et al. 2020b). We hope it will be a valuable reference for other current and future marine biogeochemists, and may it also serve as a cautionary tale: bring two of everything on your next research expedition. In a fitting celebration on one of the last METZYME evenings, the ship’s chef prepared a backup chocolate cake – just in case. 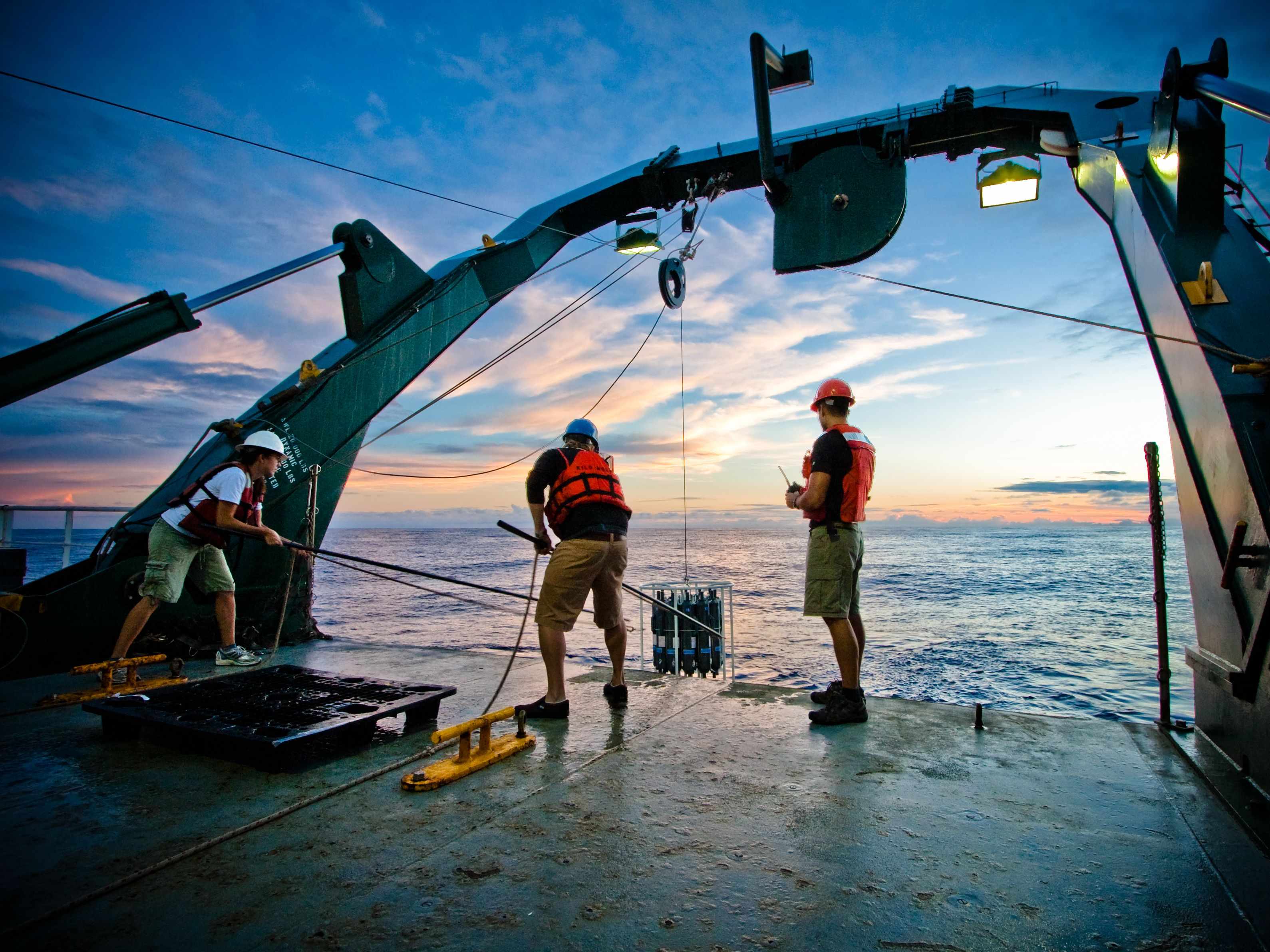