+1
Tanja Shabarova and 1 other See all
Researcher, Biology Centre of Czech Academy of Sciences, Institute of Hydrobiology, Department of Aquatic Microbial Ecology
Follow 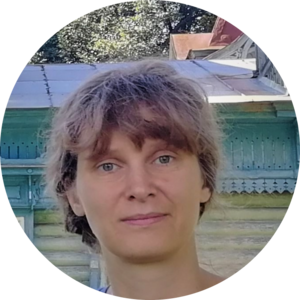 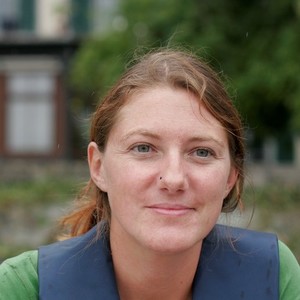 The calm before the storm
Once upon a time, when Michi (Michaela M Salcher) and I just moved to the Czech Republic, our boss Karel Šimek, famous protistologist and microbial spring succession specialist, came up with an idea. This had to be the best spring bloom story ever, a highly resolved study through all the planktonic groups, and supported by very detailed chemistry. “We will do it at a beautiful small pond,” he said, “It is next to my holiday house, in a picturesque surrounding with peat bogs and forests, and we could even go swimming after samplings!” I should admit that with the last point he caught us, and we joined the planning. A big team of microbiologists, algologists, zooplanktologists, hydrologists and chemists was involved, as we wanted to be sure to capture the complete picture of the succession that follows a typical algal spring bloom. Soon in our dreams, micro-plankton groups were appearing in expected order, dancing through the pond guided by increasing temperature and primary production and getting exchanged with their successors, and we were swimming joyfully with them. The time did not pass quickly enough, the perfect plan was developing in great detail and when spring finally arrived, we started the study.

Collapse
I was the first of our big team to get disillusioned. Three times per week, I arrived slightly green for the sampling, because the road to the beautiful pond turned out to be in a rather damaged condition and too curvy for my vestibular apparatus. Two weeks later, Michi’s enthusiasm started to decrease as well. Instead of warming up to the temperature suitable for bathing the pond cooled down to 6°C after 3 days of continuous raining. And when again, 10 days later, the rainstorms returned with an additional temperature drop, even the toughest (and usually most optimistic) of us, such as Karel, began to show signs of frustration. We had to say adieu not only to our swimming plans but to the entire spring succession concept. I can still remember that my limited Czech vocabulary got enriched by several robust expressions in those days.

Reorganisation
Despite grumpy mood, we persisted and continued the sampling campaign. It took us around one week to realize that something even more precious than a perfect spring bloom was captured – two perfect flood events with the subsequent community recovery! And our study approach was robust enough to be challenged with new hypotheses. At the end, the ambitious resolution of the sampling and involvement of many specialists was of crucial importance for an understanding of the detailed mechanism underlying functional and compositional resilience of the small pond after extreme rain events.

Exploitation
As result, we were able to connect the flow of nutrients, bacterioplankton dynamics and reorganization of higher trophic levels to the entire ecosystem development. Four well-defined phases of captured resilience cycle reflected the transition from the dominance of emigrant species during and shortly after the floodings to the prevalence of highly adapted bacterial groups in community assemblies during stable conditions. Thus, we show that small waterbodies have the potential of surprisingly fast and nearly complete compositional and functional recoveries, almost comparable with the persistence of our scientific team. Those pond features are of high importance for sustainable management and modelling of transformation and flow of organic matter and nutrients through the landscape especially in the context of increasing frequencies of extreme weather events caused by ongoing climate change.