Necrosignaling in bacterial swarms - what kills a few, makes the community stronger

We report an unusual strategy by which bacteria survive exposure to a broad spectrum of antibiotics, which exploits antibiotic-induced cell death itself as a signal to increase resistance.

+1
Souvik Bhattacharyya and 1 other See all
Postdoctoral fellow, University of Texas at Austin
Follow 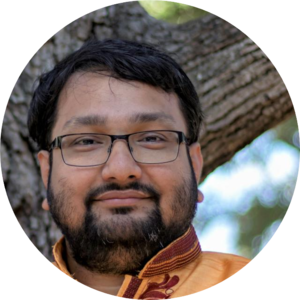 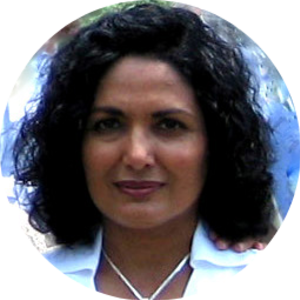 Professor, University of Texas at Austin

Conspecific death evokes widely varying behavioral responses in the animal world. The honeybee Apis mellifera flies away from flowers that have dead bees, and the ambrosia beetle Xyleborus affinis buries its dead 1. The presence of a carcass signals predators or disease. Our recently published work shows that carcass signaling extends to microbes.

If Rachel Carson were to write her sensational book ‘Silent Spring’ today, antimicrobial resistance would feature prominently (the pandemic too of course). Global genetic resistance is overwhelming the efficacy of the current panel of antibiotics, and it has been decades since new ones were discovered 2. We are now also learning about a myriad non-genetic strategies by which bacteria resist antibiotics, grouped under the general umbrella of ‘tolerance’. The common feature of tolerance mechanisms is the ability of bacteria to slow their growth using a variety of schemes depending on the environmental condition, hence also called adaptive resistance. When the antibiotic is removed, growth can resume. This Trojan horse strategy is more insidious than it sounds, because it buys the bacteria time to acquire mutations and evolve genetic resistance.

Swarming is flagella-driven collective bacterial motility on a surface. Swarms display adaptive antibiotic resistance. Unlike in the reported cases of this resistance, however, swarms grow robustly and exhibit high metabolic rates. To distinguish swarm resistance from that of slow-growing bacteria we are calling it SR for swarming resistance. A 2010 study from our lab showed that although a swarm successfully navigated an antibiotic terrain, it nonetheless harbored a significant number of dead bacteria 3. Were the dead cells simply collateral damage or were they important players in SR?

When Souvik started his post-doctoral research in the summer of 2016, he tested an idea that had been simmering in the lab for a few years. He introduced pre-killed cells into an E. coli swarm to test their importance to SR. Voila, the swarm now displayed heightened tolerance to a broad class of antibiotics! In parallel, while comparing the antibiotic sensitivity of E. coli growing planktonically versus as a swarm, Souvik noticed that swarm cells paradoxically exhibited higher sensitivity at lower antibiotic doses. David, the go-to guy in the lab for mathematical modeling, ran simulations testing for scenarios that might explain Souvik’s data. The best fit was to a model where the swarm harbored a subpopulation that was more sensitive to antibiotics and thus more susceptible to killing. These findings explained the presence of dead bacteria observed within a swarm in the 2010 study.

Since dead cells were enhancing SR, Souvik fractionated them and found the SR-enhancing factor in the soluble fraction. We named this factor a ‘necrosignal’ and its ability to enhance SR ‘necrosignaling’. Necrosignaling was not only ubiquitous among the bacteria Souvik tested, but there was also a species-specificity to the response. He then exploited the observation that E. coli and Salmonella respond to each other’s necrosignals, by using both bacteria to isolate and identify a common factor. The necrosignal was revealed as AcrA, a periplasmic component of the major drug efflux pump AcrAB-TolC. This result strained belief. How could a periplasmic protein, likely released into the swarm through death of the susceptible subpopulation, function as a signal? At a lab meeting one day, Rasika had a eureka moment that AcrA might bind to TolC on live cells to stimulate efflux and increase their drug tolerance. This guess was subsequently confirmed. But more surprises were in store. Souvik found that swarms came pre-armed to resist antibiotics by a gene expression program that increased efflux, decreased membrane permeability, and resisted oxidative stress. This suggests that the ecological niche where swarming evolved must have been teeming with antibiotic-producing microbes: to be forewarned is to be forearmed.

If the swarm is already prepared to combat antibiotics, what is the purpose of necrosignaling? We suspect this mechanism has evolved to gauge whether the environment is more lethal than supposed, more lethal than the baseline coping capacity of the assembled cellular defense. Necrosignaling appears to be the finger that pushes the panic button, raising the threat level to Red, so all hands can race to the deck.

If we designate AcrA-TolC as the necrosignaling module, the species specificity of the response hints at many such modules in nature, each providing conspecific survival advantage. Serendipitously, Souvik noticed that the SR-active segment of the AcrA structure was remarkably similar to a colicin toxin that binds a TolC-like protein. Colicins are important players in bacterial warfare. What looks like a case of molecular mimicry, may hold a tale of deadly competition.

Our study once again brings home the interconnectedness of all life forms. It has not escaped our notice that sacrificial death of a few for the benefit of the community resembles altruism in the animal world. Of countless such examples, we end with the one we began with. Apis mellifera workers use a sting apparatus to inject venom into the body of intruders, impaling both the bee and the victim. As the bee tries to fly away, its abdomen ruptures, releasing an alarm pheromone to warn the hive 4,5.

You can read the original paper here.