Much like terrestrial plants, phytoplankton in the ocean have developed a wide range of defense mechanisms to protect themselves from grazers. Dinoflagellates are among the largest groups of marine eukaryotes and many species produce toxins. When exposed to copepodamides (a group of polar lipids released into the water column by copepods, [1]) they may respond by increasing their toxin production (Fig. 1).

Theory predicts that beneficial traits like defenses need to have associated trade-offs. Otherwise, non-defended species would be outcompeted and all species would be equally defended, which is not the case in nature. Our study is based on a fitness-optimization resource-allocation model that predicts that toxicity should come at a cost to the dinoflagellate in terms of reduced growth rate [2]. The model predicts that the costs would only become evident under nitrogen limitation where the cells would have to ‘choose’ between investing resources in growth or in defense. To test this hypothesis, we grew cells at different concentrations of nitrogen, and exposed them to the copepodamides to induce increased toxin production. 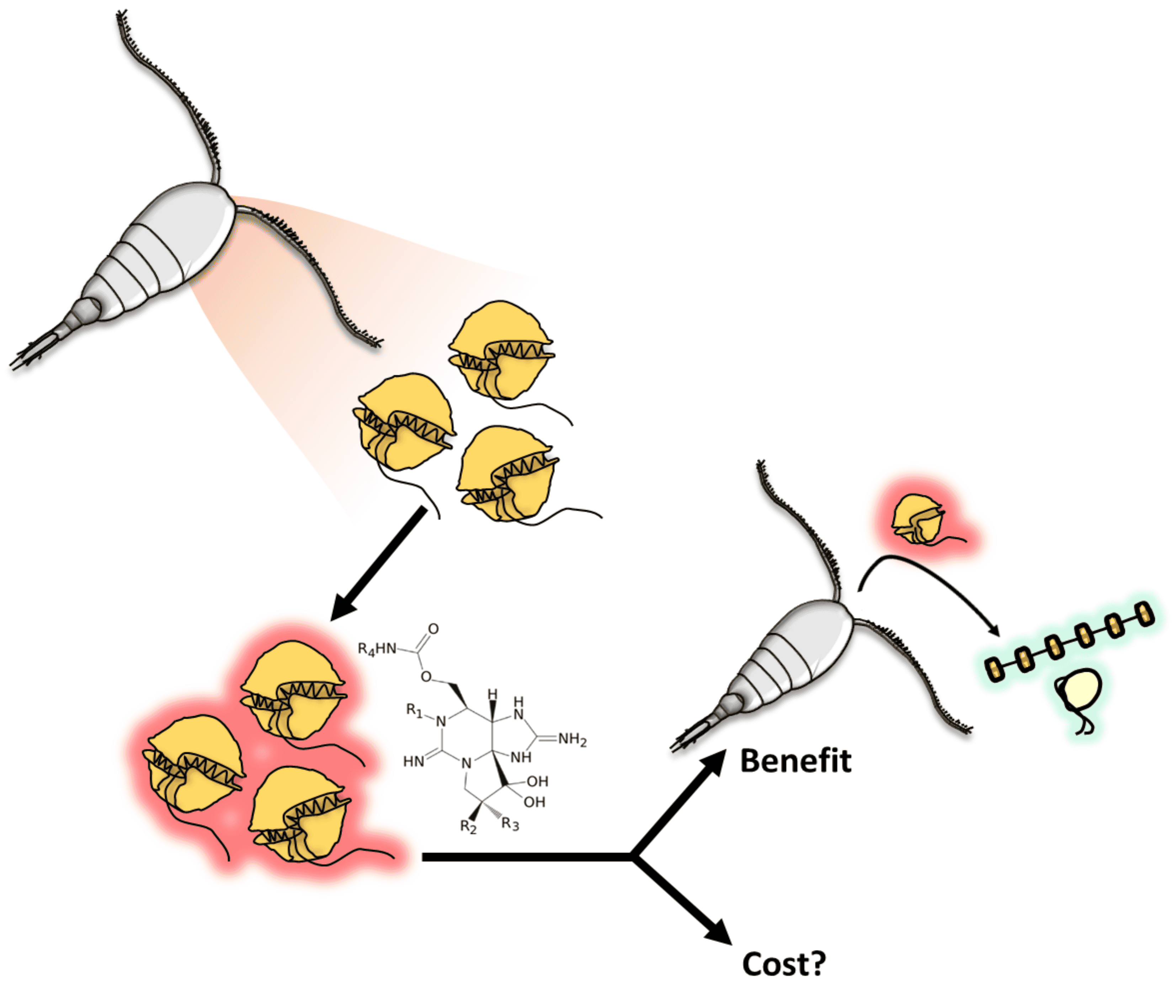 It has previously been suggested that the mechanism of the defense is that the copepods eat the toxic cells, become ill (or die), and reduce grazing. But this is not an efficient defense, since not only does the dinoflagellate need to sacrifice its own life, but it also helps its competitors that does not produce the toxin. However, more recently it was discovered that the copepod capture phytoplankton cells and may individually select prey based on post-capture discrimination after ‘tasting’ the cell (Fig. 2, ref. [3]). By feeding copepods cells with different toxin content and directly observing the response via video recordings, we were able to establish a relationship between the cell toxicity and the fraction of captured cells that were rejected by the copepod. This provides the dinoflagellates with a defense that allows them to outcompete their faster growing competitors, and potentially form dense, harmful blooms.

Fig. 2. A tethered copepod (Temora longicornis) captures a dinoflagellate (Alexandrium minutum) cell. The copepod senses that the cell is toxic, and rejects it. We studied the process via direct video observations.

Behind the paper: “Potential health and economic impacts of dexamethasone treatment for patients with COVID-19” 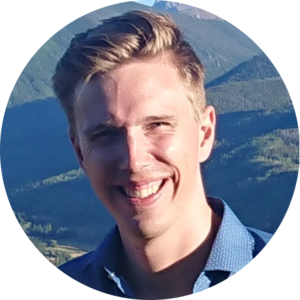