When animals encounter environmental stresses such as starvation, heat and some physical insults during their life, they can exercise various tactics to adapt to or to avoid the insults. For example, when model animal C. elegans larvae sense starvation, first, they use the opioid-like signaling system (e.g., NLP-24) to temporarily stimulate pharyngeal pumping to find food by roaming1. If starvation persists, they may use pheromones (e.g., daumones or ascarosides)2,3  as a means to warn each other such adverse situation and to induce entry into the dauer stage that allows extended survival2,3. When the situation improves, they can exit the dauer stage and continue development from the L4 stage to complete their normal life cycle. However, it remains elusive about the way of coordination between two anti-stress signals, opioids and pheromones, to facilitate their survival efforts.

We had been highly motivated to begin this project -Crosstalk between Opioid and Pheromones- when Mi Choong Cheong, one of our colleagues reported identification of the nematode opioid-like ligand and its receptor in 20151. Because opioid and pheromone signals both originate in the same chemosensory neurons (e.g., ASI), our group at the Paik’s lab in Yonsei University hypothesized that there should be a way of how two seemingly opposite anti-stress signaling pathways are programmed and integrated to promote the worms’ transition into the stable resting dauer state during long-term starvation stress. We have now tested this hypothesis through a series of experiments, and showed that these two signaling pathways can be integrated into one pathway that favors dauer entry under long-term starvation during their early life (L1 and L2 stages).

To the best of our knowledge, this is the first report of a crosstalk between two anti-stress signals—opioids and pheromones—that facilitate stress avoidance in response to different durations of starvation in early stage C. elegans larvae. Mechanistically, these regulatory functions are suggested to be exerted via the selective interaction of GPA-3 with NPR-17 opioid receptor and site-specific SKN-1 binding to the promoter of nlp-24 to facilitate stress avoidance. This deserves further validation.

Because the nematode C. elegans offers many advantages as a model organism for the study of neurobiology and neurodegenerative diseases, our current work suggests the usefulness of opioid-overexpressing transgenic C. elegans strains for studying opioid overdose. These animals could potentially mimic the opioid overdose conditions that occur in human which cause nearly 70,000 deaths per year in the United States. It could thus be feasible to test the validity of such a model by measuring the effects of pretreatment with pheromone or pheromone mimetics on opioid preference in opioid-overexpressing animals (e.g., nlp-24 O/E, npr-17 O/E). Along this same line, we are just aware of the public announcement by the National Library of Medicine that an independent clinical trial is now underway to explore the possibility of pheromone-mediated opioid addiction treatment. It seems quite challenging project but is worth trying because it may add values to the pheromones for their medical applications to human disease, as proposed by our work. Let’s wait and see how it goes! 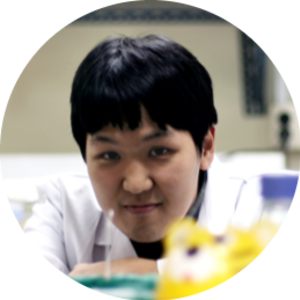