One Planet, One Health

As an old saying goes: “Misfortune may be a blessing in disguise”, which cannot be more appropriate to describe our research. Over the past 10 years, we have been investigating anaerobic ammonium oxidation (anammox), a novel microbial N-cycle process mediated by autotrophic bacteria that can oxidize ammonium (NH4+) with nitrite (NO2–) to N2 without the need for an organic electron donor in various ecosystems. Our studies focused on soil, surface water, and the groundwater environment. To explore more ecological niches of anammox, we extended to the atmospheric environment. However, we did not detect any anammox bacteria or activity in the atmosphere environment. Unexpectedly, we detected abundant antibiotic-resistant genes (ARGs) in fresh snow.

ARGs, as an emerging environmental pollutant, is ubiquitous in the environment and microorganisms, which greatly affect the therapeutic effect of antibiotics and seriously threaten human health. The excessive use of antibiotics makes terrestrial surface ecosystems an important reservoir of ARGs. ARGs could enter the atmosphere adsorbed on biological aerosols, and then return to the earth’s surface through wet precipitation such as rain and snow. In this process, ARG contaminants spread from point sources over the Earth’s surface via atmospheric transmission and deposition, forming an “environmental ARG loop” (Figure 1). In recent years, wet deposition in winter, especially fresh snow, has frequently been accompanied by air pollution. Against this background, we hypothesized that particulate pollution especially via snowfall could lead to the dissemination of ARGs in the atmosphere and that ARGs might serve as biomarkers for anthropogenic atmospheric pollution. 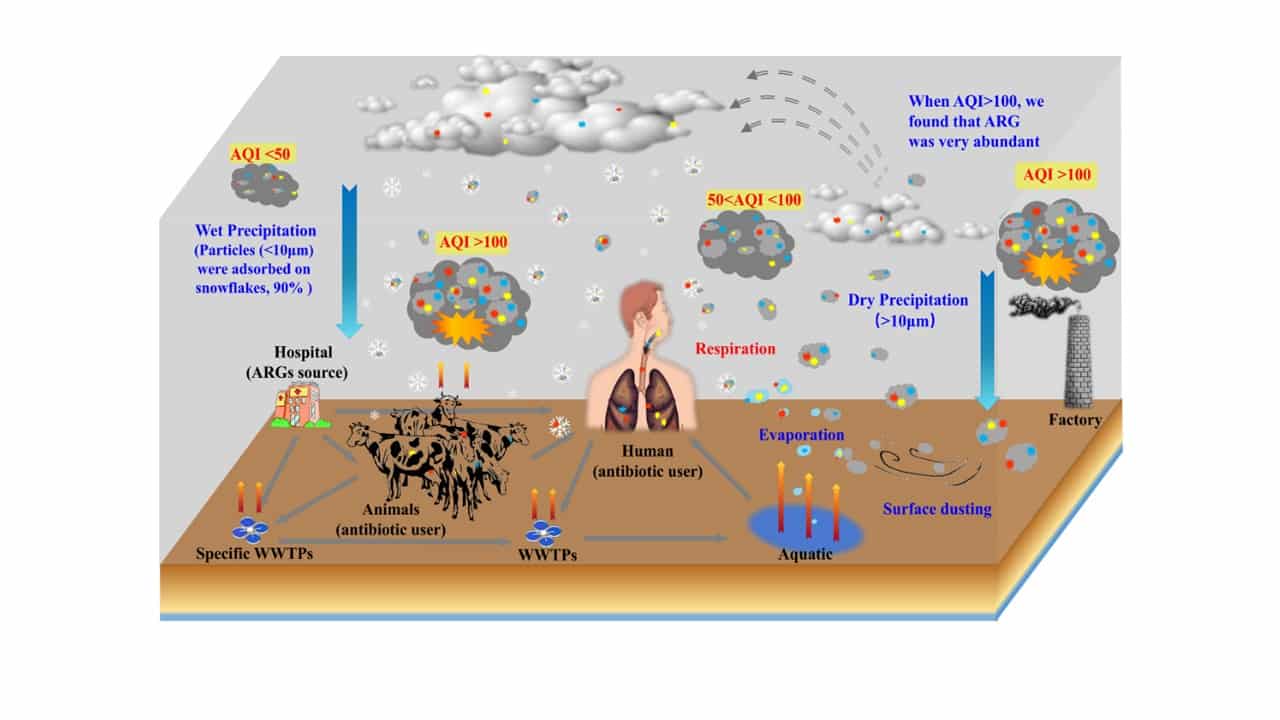 To verify our hypothesis, we measured the abundance and composition of ARGs in snow, using high-throughput quantitative polymerase chain reaction (HT-qPCR). We found that the abundance of ARGs and mobile genetic elements (MGEs) significantly correlated with the air quality index (AQI) and fine particulate matter (PM2.5). This meant that the existence and spread of ARGs were related to atmospheric particulate pollution and that air pollution could increase the richness of ARGs.

Subsequently, we used atmospheric dynamics analysis to determine that atmospheric pollution can lead to the accumulation and spread of ARGs over a long distance. Atmospheric ARGs were fully mixed in the atmosphere via vertical and horizontal air movement as results from sampling sites below and above an elevation of 500 m, and along the entire 13,000 km transect did differ significantly. When the atmospheric conditions were good, weather patterns acted to diffuse ARGs on a regional scale (~4,000 km), leading to a significant negative correlation between the similarity of ARG profiles and the geographical distance. The similarity of the microbial community was significantly different from the geographical distance, indicating that ARGs are present as intracellular DNA, but also as extracellular DNA in contaminated particles, and thus more susceptible to atmospheric dissemination. Other than horizontal directions in all sampling sites, airflow trajectories at pristine sampling sites showed both upward and downward directions, which caused the dissemination of weak ARGs. At polluted sites, the airflow shifted to downward movements due to the low-pressure systems experienced at these sites, leading to the accumulation of ARGs. Air pollution, therefore, seems to contribute to the accumulation and dissemination of ARGs.

We report on ARG pollution in snow samples on a planetary scale. We found that not only does abiotic pollution such as PM2.5 exist in the air, but also ARG pollution. More importantly, ARG pollution could be aggravated by air pollution, threatening human health. This research provides a potentially novel biological method to study the influence of human activities on the atmospheric cycle across a 100-year scale under an allochthonous disturbance regime and can also possibly be used to estimate the lower boundary of the Anthropocene.

On the behalf of all authors 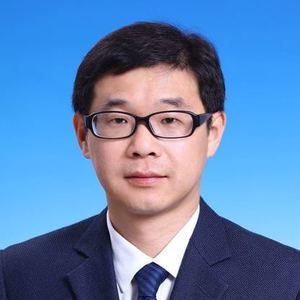