I was eight months into my Ph.D. I had almost perfected the art of generating high-resolution toxic dose-response curves on our lab’s favorite diatom species Skeletonema marinoi. As a new student, mastering a new technique is always exciting and this one was crucial to my Ph.D. projects (Fig. 1). I was planning to use dose-response curves to measure metal tolerance, both as a predictor of evolutionary potential in S. marinoi, and as a response variable in stress experiments on diatoms.

However, as I shared my precise dose-response results and discussed future experiments with my colleagues in the lab, I was repeatedly told that predictions from response curves on individual strains rarely translated into reality in more complex communities of phytoplankton. This is not an unwarranted concern. There are many examples of microbial species engaging in chemical warfare with competitors, or conversely trading of essential compounds that stimulates growth in unpredictable ways. What, I then asked myself, was the point of the work I had been doing so far? Why had I, and so many before me, attempted to describe variability in microbial population and community traits in a way that potentially lacked predictive power for the evolutionary or ecological processes we are interested in?

This motivated my colleagues and I to design an experiment that explicitly tested how well dose-response observations on individual strains of diatoms could predict co-culture responses (outlined in Fig. 2). In the process we also explored how the populations of two key diatom species (S. marinoi and Thalassiosira baltica) differed in their tolerance to copper, cadmium, and silver, and how such differences could have ecological effects in polluted coastal regions.

Fortunately for me, our two species appeared to coexist largely in chemical ignorance of each other, and the predictive powers of the dose-responses were strong. We found that copper sensitivity varied as much within strain of the same species as between them, setting the stage for evolution to rapidly modulate their competitive interaction. Interestingly, we also predicted that copper reach levels in polluted areas of the Baltic Sea to be such a selective force.

A curious feature of diatoms is that every-other daughter cell shrinks in size during cellular division. Different species cope with this problem in different ways, either through sexual or asexual enlargement. S. marino is a convenient lab species, since it enlarges asexually and cultures generally maintain a relatively even size over time. However, we had no prior experience working with T. baltica, nor did many other labs it seemed as I asked around

As it turned out, T. baltica did not behave as nicely as S. marinoi in culture, and within a couple of months in captivity they had shrunk to a critical threshold when the cells could no longer divide properly. I tried to apply various triggers to induce enlargement and rescue the strains, to no avail. In the end I circumvented the problem by designing the experiments so that the data could be collected in rapid succession on freshly retrieved strains. This worked almost perfectly, except that there was one strain of T. baltica that abruptly and unexpectedly stopped growing just as I initiated the final experiment. This was probably because at that exact time it had reached its lower cell size threshold!

My supervisor and co-author on this article Prof. Anna Godhe, passed away in April 2019, after a long battle with cancer. Anna has championed S. marinoi as model diatom species since the early 2000’s, studying its population structure, dispersal mechanisms, genome, and ecology and evolution. In recent years Anna’s work had grown to involve a significant part of our colleagues at the Department of Marine Sciences in Gothenburg and elsewhere, ranging from plant biologist, chemists, physical oceanographers, to bioinformaticians and mathematicians. Anna’s passing left a mentoring void in my Ph.D. I am deeply grateful to the people who helped to fill that void. This includes, but is not limited to, the co-authors: Karin Rengefors, Olof Berglund, and Helena Filipsson, as well as my co-supervisor Mats Töpel, and new supervisor Kerstin Johannesson.

I think Anna would have been proud that this article  supplies yet another piece to the ecological S. marinoi puzzle. If I had to choose only one thing that the article achieves long-term, it would be that it inspires other researcher to continue Anna’s passionate work with S. marinoi to address their own research questions (I promise that it is a very nice and well-behaved diatom to work with in the lab, especially compared with the intractable T. baltica). Whether or not they want to poison them too is optional. 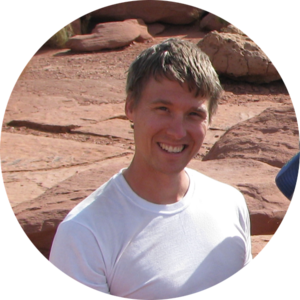