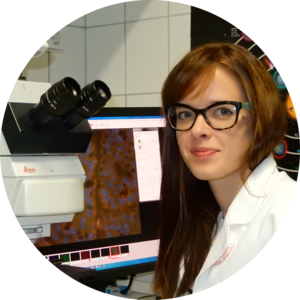 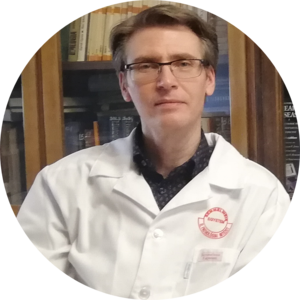 „Half of the world population is infected with H. pylori” or „H. pylori is one of the most common bacterial infections in humans” – stated in the first introductory sentence of the papers in the field of H. pylori research. Evidently, the incredible success of H. pylori in infecting the human population made it one of the central topics in the interface of gastroenterology and microbiology in the last decades.  In general, the discovery of an infectious disease starts with the identification of the pathogen, by connecting it to the disease and following by development of therapies to halt the infection and its sequelae. At this point, the pathogen starts its own adaptation process with the development of resistance against the antimicrobial therapies. In the case of H. pylori, clarithromycin-containing triple therapy is one of the first and most effective therapeutic regimens used for eradication of the infection. However, the efficacy of the triple therapy is dramatically dropped due to the increasing rate of antimicrobial resistance, especially against clarithromycin.

I started to do research in 2013 as a medical student in a molecular pathology lab at the 2nd Department of Pathology, Semmelweis University, Budapest. As in many pathology labs, most of the studies and also the routine diagnostics focused on the topic of cancer with one exception. This unique topic was the diagnosis of H. pylori infection and its clarithromycin resistance simultaneously by using fluorescence in situ hybridization (FISH) technique. This molecular pathology method was astonishing to me as it is able to visualize the bacteria in the gastric biopsy sample showing the resistance status of each bacteria individually. According to this, three different clarithromycin resistance status of the H. pylori infection can be diagnosed based on the FISH images: susceptible, homoresistant or heteroresistant. The head of the molecular pathology lab was the in situ hybridization expert Dr. Gábor Lotz, so I joined his team to work in this field.

We had plenty of cases with known clarithromycin resistance status and sought to know in more detail how this resistance develops. It was well known that the previous treatment with clarithromycin or other macrolides can lead to clarithromycin resistance. As the recorded anamnestic data were scanty, we had to find other ways for obtaining data from prior antibiotic use. In Hungary, all oral antibiotics are available only by prescription and every drug prescription is recorded in the national drug-dispensing database. In the event, we collaborated with the National Health Insurance Fund Administration, Budapest, Hungary (NEAK) to obtain the patients’ individual drug-dispensing data. For this purpose, we provided NEAK with a patient list containing the Hungarian social security identification number (‘TAJ’) and the result of the clarithromycin susceptibility FISH test for each patient. NEAK linked the patients’ individual drug-dispensing data to the TAJ numbers and analyzed the data to determine clarithromycin resistance prevalence in treatment-related subcohorts of the patients (e. g. macrolide-exposed / macrolide-naive / prior clarithromycin eradication attempt, etc.) according to age and sex groups. In return, NEAK provided the results to us in the form of aggregated data of the investigated groups.

The success of the project was mainly based on the successful integration of the in situ diagnosed resistance status of the H. pylori (clarithromycin-susceptible-homoresistant or -heteroresistant), the collection of the individual medicine dispensing data of the patients and the mathematical modeling into an interdisciplinary cooperation work. We hope that the results of our clinicopathological-mathematical study are useful not only for making decisions in the everyday gastroenterology practice, but also from microbiological aspects and can inspire further H. pylori research projects as well.

Further details can be found in our recent publication: