Human milk provides more to the infant than just macro- and micronutrients, and research is revealing that maternal health may influence the microbial composition of mother's breast milk.

Long thought to be the result of contamination or maternal infection, research has now shown that human milk is a rich source of bacteria, termed the human milk microbiota1. Human milk contains 103-106 bacterial cells/mL in addition to a number of additional bioactive components including immune cells, oligosaccharides, lactoferrin, and lysozyme2–5. These constituents in human milk are transferred to human milk-fed infants and are involved in the maturation of the infant gut and immune system 6–9. Infant nutrition, either human milk or infant formula, during the first year of life may be associated with both short- and long-term health outcomes. It is thought that the absence of human milk, and thereby its bioactive components, negatively impacts immunologic and metabolic programming in the infant, which may contribute to a number of adverse health outcomes including increased risk of non-communicable diseases such as asthma, inflammatory bowel diseases, and metabolic syndrome10. A number of reports have examined how maternal health can alter the bacteria in human milk, which could then impact the microbiota transmitted to the offspring 11–13. Up to 20% of pregnancies in Canada present with gestational diabetes, which incurs significant maternal and infant morbidities14,15; despite this, no study to date has investigated the potential impact of gestational glucose intolerance, either impaired gestational glucose tolerance (IGT) or gestational diabetes (GDM), on the milk microbiota community structure or function. Our study strived to fill this gap and examine the associations between maternal metabolic, obstetrical, and demographic variables and the milk microbiota composition and predicted function in a cohort of women with varying degrees of gestational glucose intolerance.

The mothers in our study were recruited from a tertiary care hospital which follows higher risk pregnancies; this allowed us to recruit a cohort of women with high rates of either GDM or IGT. All mothers underwent an oral glucose tolerance test during late pregnancy at approximately 30 weeks’ gestation to determine their glucose tolerance status. We also collected a number of additional demographic (ethnicity), anthropometric (pre-pregnancy and postpartum BMI), and obstetrical variables (mode of delivery) to allow us to see a full picture of the factors interacting with the milk microbiota.

A rich microbiota was universally present across all milk samples, with significant inter-individual variability between moms at each bacterial taxonomic level. Our results demonstrate that the milk microbiota is a diverse ecosystem with each mother having their own unique milk microbiota signature. Maternal pre-pregnancy BMI was found to be the strongest predictor of the milk microbiota composition when it came to all three outcome measures: diversity, differential abundance, and predicted microbial functions.  Pre-pregnancy BMI was associated with the predicted functional pathway “Biosynthesis of secondary metabolites”, which may point to the role of maternal BMI in altering the functions of the bacteria in her milk. In the case of “secondary metabolites”, this may mean the biosynthesis of antibiotics by certain bacteria to outcompete other bacteria in the milk microenvironment. Based on our findings, the directionality of the association in relation to pre-pregnancy BMI is unknown- i.e. is a greater BMI associated with a sub-optimal or beneficial milk microbiota? Although it may be tempting to assume a greater BMI is associated with an inferior milk microbiota composition, that has not yet been shown.

Gestational glucose tolerance status, ethnicity, and mode of delivery were also found to be associated with differentially abundant taxa, however, the associations between glucose tolerance status and milk microbiota composition were minimal after adjustment for other variables, including maternal BMI. This is contrary to what is seen in the gastrointestinal microbiota of individuals with type 2 diabetes, who display a divergent gut microbiota composition when compared to individuals with normoglycemia16. Seeing as the origin of bacteria in breast milk has not been fully elucidated, it is unknown why the milk microbiota does not appear to be dramatically impacted by gestational diabetes. Perhaps there are evolutionary adaptations in place to preserve the core integrity of milk microbiota in the face of short-term metabolic changes. This may be why greater associations were found between pre-pregnancy BMI and the milk microbiota. Pre-pregnancy BMI is likely representative of many more long-term confounding factors including maternal genetics, socioeconomic status, hormones, medications, stress levels, mental health, sleep quality, diet, and physical activity.  Further investigation into the mechanisms between pre-pregnancy BMI, gestational glucose tolerance, and the milk microbiota are warranted.

Images from Bing images "Free to use and share". 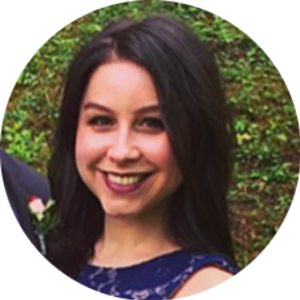