Bacteria have a way of hiding in plain sight, their importance masked by their invisibility and often nondescript appearance. Paraburkholderia are an odd case – they have been studied for decades under different names, like Pseudomonas or Burkholderia, until a recent phylogenomic analysis revealed their hidden identity [1]. Now that we recognize Paraburkholderia, we can finally give them the attention they deserve. Paraburkholderia are abundant and widespread in soil and are extraordinarily versatile in function, possessing large multi-replicon genomes [2]. Some protect plants from pathogens, others enhance plant growth by fixing nitrogen and solubilizing phosphate minerals [3–5], and most are champions at degrading aromatic compounds produced by plants [6–8], fungi [9], and humans [10, 11]. We found that Paraburkholderia can also facilitate a phenomenon called ‘soil priming’, which we believe has important consequences for soil carbon cycling [12].

We set out to identify phenolic-acid degrading bacteria in forest soils and to evaluate their role in soil priming. Priming occurs when new carbon added to soil stimulates the mineralization of existing carbon stores (Fig. 1). Prior research has shown that phenolics and aromatics could reliably produce soil priming [8, 13], but what caused this effect was unknown. We found that populations of Paraburkholderia were chiefly responsible. We characterized one of the most active species, Paraburkholderia madseniana [14], and named it in honor of our late co-author Dr. Eugene Madsen who initiated our efforts (Fig. 2). P. madseniana is a fast-growing organism that is equipped with diverse and numerous pathways for degrading aromatics. Populations of P. madseniana grew rapidly when either glucose or phenolic acids were added to soil, but priming was specifically induced in the presence of phenolics. Thus, we concluded that Paraburkholderia, and their specialized capacity to degrade phenolics and aromatics, are prime-time players in soil carbon cycling.

One of our most interesting observations relates to their potential partnership with plant roots. Our study was conducted in a long-term experimental forest, a common garden experiment with different tree species. We observed that the highest phenolic-degrading activity was associated with sugar maple, which had densely matted roots, and coincided with lower-than-average soil carbon stores. In contrast, soils in black locust plantations, a leguminous tree that can form nodules containing Paraburkholderia, had far fewer roots and higher levels of soil carbon. From this, we hypothesized that soil priming by roots can be driven by the exudation of phenolic acids which enhance the activity of Paraburkholderia to degrade soil organic matter, thereby releasing nutrients that promote plant growth (Fig. 3). We suspect that Paraburkholderia form associations with a diversity of plants and that they are key players in regulating soil priming phenomena that influence plant growth dynamics and drive the fate of soil carbon. 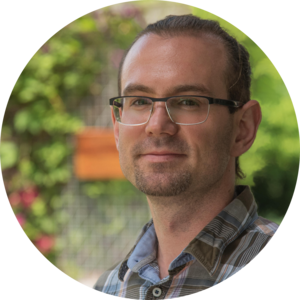