Understanding the molecular mechanisms of cadmium toxicity in Streptococcus pneumoniae

The molecular basis for metal ion intoxication within biological systems is complex.

While the toxicity of metals has been appreciated for hundreds of years, our understanding of the molecular mechanisms that contribute to the phenotype of ‘metal intoxication’ continues to evolve.

Here, we have investigated the heavy metal cadmium in the bacterium Streptococcus pneumoniae. Chemically-speaking, cadmium is an interesting metal. While it is undeniably toxic in biological systems, it has a chemical identity that is highly similar to zinc, allowing it to readily interact with cellular components, such as proteins. Therefore, to gain a more thorough insight into how heavy metals can exert toxicity, we applied a multi-omic approach to elucidate the global cellular impacts of cadmium stress.

This study was a few years in the making. The irony of integrating multiple '-omics' datasets is that you perform these analyses wanting lots of data, but the sheer volume of results means that it takes an incredibly long time to decipher what the data actually shows. For us, it was the combination of transcriptomics, metabolomics and metalloproteomics, which revealed some of the mechanisms responsible for the cadmium toxicity phenotype.

S. pneumoniae (the pneumococcus), is a strictly host-adapted pathogen, and does not encode any regulatory mechanisms for managing cadmium stress. This results in hyper-accumulation of cadmium within the cytoplasm, leading to broad dysregulation of metal ion homeostasis within the cell. Despite this, the pneumococcus retains metabolic capacity and viability. Our transcriptomics and metabolomics revealed that central carbon metabolism, particularly glycolysis, was severely impacted during cadmium stress. Metalloproteomic analyses provided a clue as to why this may be occurring. Multiple enzymes within glycolysis are metalloenzymes that require a specific metal ion cofactor for activity. While these enzymes are able to function far more efficiently by utilising a catalytic metal ion cofactor, this also predisposes them to mismetallation. This is a process by which the wrong metal ion is acquired, often to the detriment of enzymatic activity. Comparing the cellular metalloproteome of cadmium-treated versus untreated S. pneumoniae suggested that cadmium was able to opportunistically interact with many cellular proteins (Fig. 1). Our analyses showed that the key glycolytic enzymes, PfkA and Fba, were associated with cadmium peaks, suggesting that cadmium may have displaced the native metal cofactors, leading to limited or perturbed functionality.

This posed an interesting question – if central carbon metabolism was being impacted by cadmium, how were the cells maintaining viability? We found the answer by looking at carbon source metabolism pathways that were unchanged by cadmium stress. In the pneumococcus, this was the Pentose Phosphate Pathway (PPP). Glucose catabolism via the PPP avoids the early stages of glycolysis, which is heavily reliant on metalloenzymes (Fig. 2). Although the PPP produces less ATP, it primarily relies on metal-independent enzymes, which while slower than their metallated counterparts, were resistant to cadmium inhibition.

By using S. pneumoniae as a model system, this study showed that less efficient, but metal-resistant, alternative metabolic pathways provide a mechanism by which organisms can survive even severe metal ion intoxication.

A new life beyond academia

Connecting tiles of a mosaic: how one paper fit into a grand picture of Earth’s biogeochemical cycling 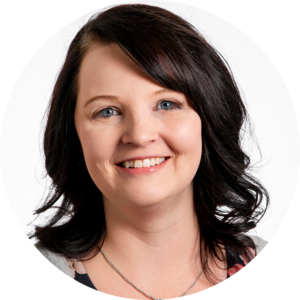 Thank you, Dr Sun. Your PLoS Biol. study is very impressive! I look forward to seeing your future advances into metalloproteomics.