Written by Matthew Dunn, Robert Fillinger and Matt Anderson. Recently we detailed a new approach to fungal filamentation, adhesion, and invasion assays (https://www.nature.com/articles/s41522-020-00149-5). Here, we describe the reasoning used to give this old technique a revamp and its potential.

+2
Matt Anderson and 2 others See all
Assistant Professor, The Ohio State University
Follow 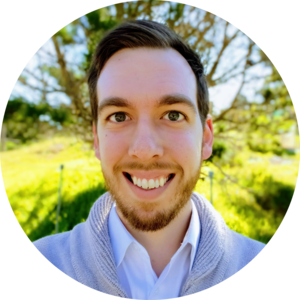 When approaching every new project as a Ph.D. student, two questions come to mind: “Is a particular method able to address hypotheses within my aims?” and “Is there a way to improve that approach to increase the quality of the data obtained?”. Graduate programs reinforce the importance of these questions and offer insights into how to find potential solutions through introductory journal clubs and seminars, but, as was the case with this project, method advancement and discovery can fall squarely on the students themselves as a research project moves beyond existing expertise. In measuring filamentation in Candida species, pervasive fungal commensals and opportunistic pathogens in humans, it became clear that a new quantitative method for robust analysis of filamentation and other components of biofilm formation was needed.

The impetus to develop a new approach arose while conducting strain phenotyping for another Candida albicans project1. We found existing plate-based methods for measuring filamentation were poorly suited for high throughput studies of large strain sets. In the Candida field, the morphology (M) score, a scale built to score visual differences in colony morphology relative to a wild-type2 (Fig. 1a), has been the standard for characterizing hyphal formation in a plate-based format for the last decade. Incorporation of a crude measurement of the relativized fraction of hyphae making up plated colonies led to the development of the modified M score, which set an absolute scale (0-100) for filamentation to increase precision, but was plagued by the significant time investment needed to make these measurements manually for a subset of the colonies present3 (Fig. 1b). As these previous methods present clear biases, either in judgements made by eye or selection of colonies to quantify, there was a significant opportunity that scoring could vary between researchers. We felt this was a critical juncture to improve our ability to reproducibly and accurately measure this phenotype while also removing subjectivity. So, we set out to build a new method for approaching hyphal formation.

After attending a presentation on campus, we became aware of a relatively new visual analysis software suite called MIPAR4 that had been sparingly applied to life science research, and began developing scripts to detect differences in hyphal formation among strains (Fig. 1c). The concept of developing these detection scripts in MIPAR was student-led with the incorporation of suggestions from numerous faculty and students, ultimately producing a robust pipeline for high-throughput analyses. We took advantage of multiple opportunities to present this research locally to gain feedback on improving the method which ultimately achieved the increased scalability and objectivity that we found lacking in previous methods. While this improved the measurement of hyphal formation, substrate adherence and invasion by colonies, which both contribute to the early stages of biofilm formation5, were still measured by eye and thus highly subjective. We saw this as an opportunity to extend our approach designed for filamentation by building scripts that included adhesion and invasion on agar substrates (Fig. 2). Together, these scripts allowed for robust and reproducible phenotypic screening of the components of biofilm formation, regardless of the researcher conducting the assay.

Application of these approaches seemed best suited for a set of phenotypically diverse C. albicans isolates. We decided to apply them to a panel of sequenced C. albicans clinical isolates so that phenotypic differences could be linked to underlying genetic variants in the future, which we then expanded to include non-albicans Candida species to test the broad applicability of the quantification methods. Furthermore, we correlated the additive contributions of filamentation, adhesion, and invasion to Candida biofilm formation to connect the component processes to building these community structures in vitro6.

In designing experiments, these scripts shift the workload from colony-by-colony measurements to the scope and setup of the plates to be images. This allows for many conditions to be assessed rapidly (e.g., nutrition, temperature, or any other plate-base variable) in modeling environments of interest or in probing specific pathways, opening the door to screening large mutant libraries that would have previously been near impossible at this scale and level of detail. As an example, we were able to computationally analyze over one thousand plates for all tested conditions in under 24 hours, where a similar scale of analysis by hand would have taken weeks to process. Together, this student-led investigation introduces a new tool that can quickly analyze large image data libraries to propel the boundaries of scientific investigation, innovate experimental designs, and obtain stronger conclusions. 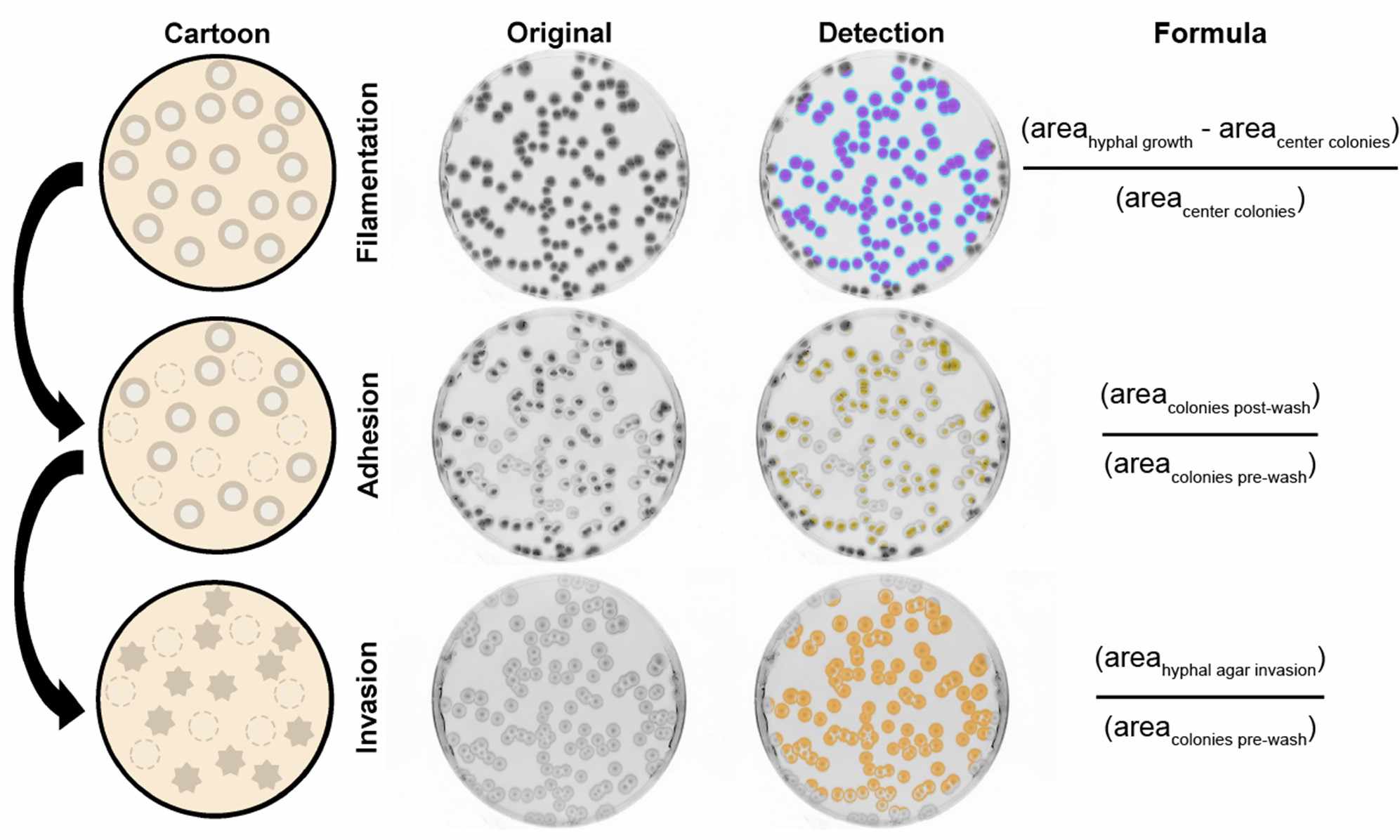 Figure 2. Automated detection of biofilm-related phenotypes in Candida. One hundred cells from each strain were plated, allowed to grow for seven days, and the resulting colonies were imaged for filamentation (radial in cyan and center colony wrinkling in magenta). Plates were then rinsed with a stream of water and imaged for adhesion (yellow). Remaining colonies were wiped off and the plates imaged for agar invasion (orange). A cartoon, raw image, detection overlay, and final formulas developed for scoring (left to right) have been shown to highlight this process. Adapted from Figure 1, Dunn and Fillinger et al. npj Biofilms and Microbiomes. 2020.

Nature Portfolio Microbiology Community
We use cookies to help improve your experience. By continuing to browse our website you are consenting to our use of cookies.
Learn more