The bacterial cell shape has long been used to classify different bacterial species. The specific cell shape is given by the cell wall, composed of peptidoglycans, and filamentous proteins in the periplasmic space.

In our group, we study the regulatory roles of small regulatory RNAs (sRNAs) in pathogenic bacteria. In V. cholerae, sRNAs are key for virulence gene expression, biofilm formation, motility, and stress resistance2, 3, 4, 5. To identify putative sRNA regulators of cell shape in V. cholerae, 21 previously uncharacterized sRNA were overexpressed, and we found one sRNA leading to reduced cell curvature. We discovered that expression of this sRNAs is activated by the VxrAB two-component system and thus named it VadR (VxrB activated small RNA).
To identity target genes of VadR, we analyzed changes in global transcriptome levels upon VadR overexpression and discovered 28 regulated mRNAs, including a reduction in crvA transcript levels. Further, we validated this by quantifying transcript and protein amounts as well as the morphological changes upon deletion or overexpression of vadR. This strengthened our initial microscopic screening that VadR reduces cell curvature in V. cholerae. Not only the cellular morphology was influenced by VadR, other target genes of VadR were involved in the production of VPS biofilm exopolysaccharide required for functional biofilms. These results indicated that the VadR sRNA modulates multiple biological processes in V. cholerae. Together with our collaboration partner in Marburg, we measured biofilm densities in microfluidic flow chambers. Here, we could detect reduced biofilm densities in cells overexpressing VadR, whereas the deletion of vadR showed the opposite effect.

The VxrAB two-component system is known to be activated by β-lactam antibiotics like penicillin G6. Treatment of V. cholerae with penicillin G caused high vadR transcription arguing that VadR could be involved in antibiotic resistance. Indeed, we discovered that cells deficient for VadR-mediated repression of crvA displayed increased sensitivity towards penicillin G and speculate that VadR expression might counteract the cell wall-attacking force of β-lactam antibiotics by “straightening” the cell. 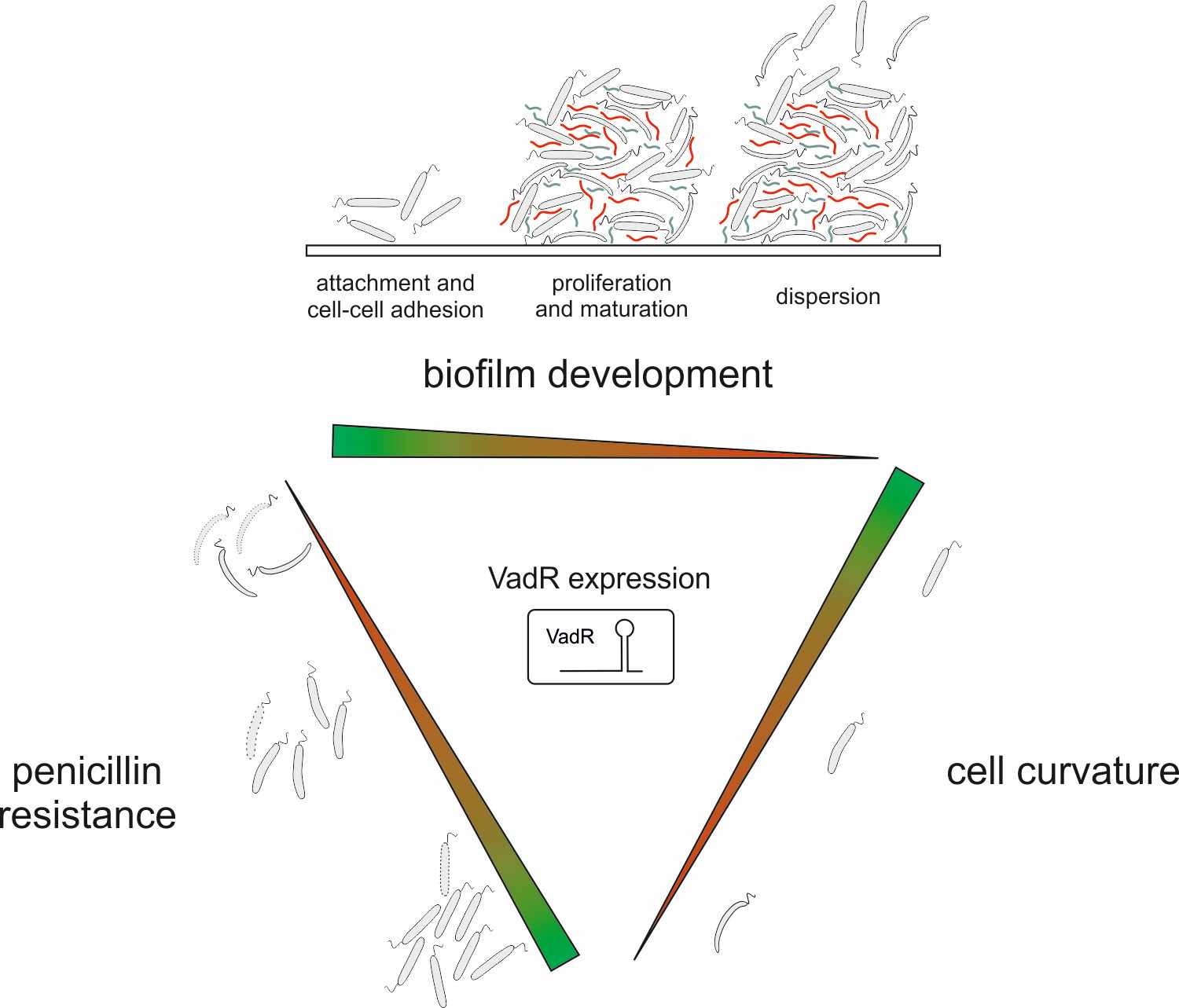 Hence, the VadR sRNA is affecting different biological processes, which are, at first glance, unconnected. However, by linking these processes, VadR might enable V. cholerae to fine-tune the production of biofilm factors and cell shape at different stages of growth as well as under stress conditions (Figure 1). Given that straight V. cholerae cells display reduced motility in certain environments, CrvA-mediated cell curvature could be advantageous during biofilm dispersal either in the environment or during colonization of the human host. 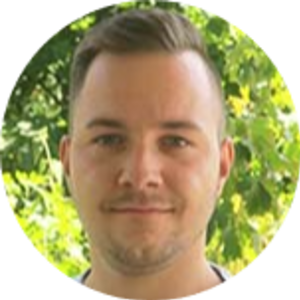