Symbioses between corals and intracellular algae are essential for the survival of coral reefs and have been at the center of hundreds of studies. Here, we uncovered an additional symbiotic layer by describing the presence of intracellular bacteria, within algal endosymbionts, within corals.

Coral reefs are fascinating ecosystems. Through the construction of their calcium carbonate skeleton, corals are the master engineers behind the three-dimensional structure of coral reefs (Figure 1A). This enables countless marine organisms to colonize coral reefs, making them some of the most biodiverse and important ecosystems on Earth.

Many aspects of Symbiodiniaceae functioning remain to be uncovered. In particular, how Symbiodiniaceae interact with other microorganisms, such as bacteria, remains elusive. Using a wide diversity of cultured and freshly isolated (from the host tissues) Symbiodiniaceae, we sought to characterize bacterial communities that associate with these photosymbionts. The first task was to localize the bacteria. Scanning electron microscopy provided us with some marvelous photos of bacteria attached to Symbiodiniaceae cells (Figure 2). We were also particularly interested in exploring whether the algae harbour intracellular bacteria, which we examined through fluorescence in situ hybridization (FISH). The high autofluorescence of Symbiodiniaceae chlorophyll (see Figure 1B – they are quite bright!) made this experiment challenging as the FISH signal was barely discernable. Photobleaching of fixed cells allowed us to drastically reduce autofluorescence, and indeed detect bacteria living within Symbiodiniaceae cells. This was the first time that intracellular bacteria were detected in a wide range of Symbiodiniaceae species. 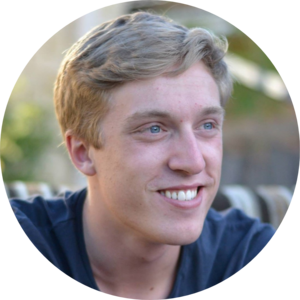 Postdoctoral fellow, The University of Melbourne