In our paper, we show that DNA can be used as a source of phosphorus by a microbial community of a saltern. Yet, these microbes do not consume just any DNA… 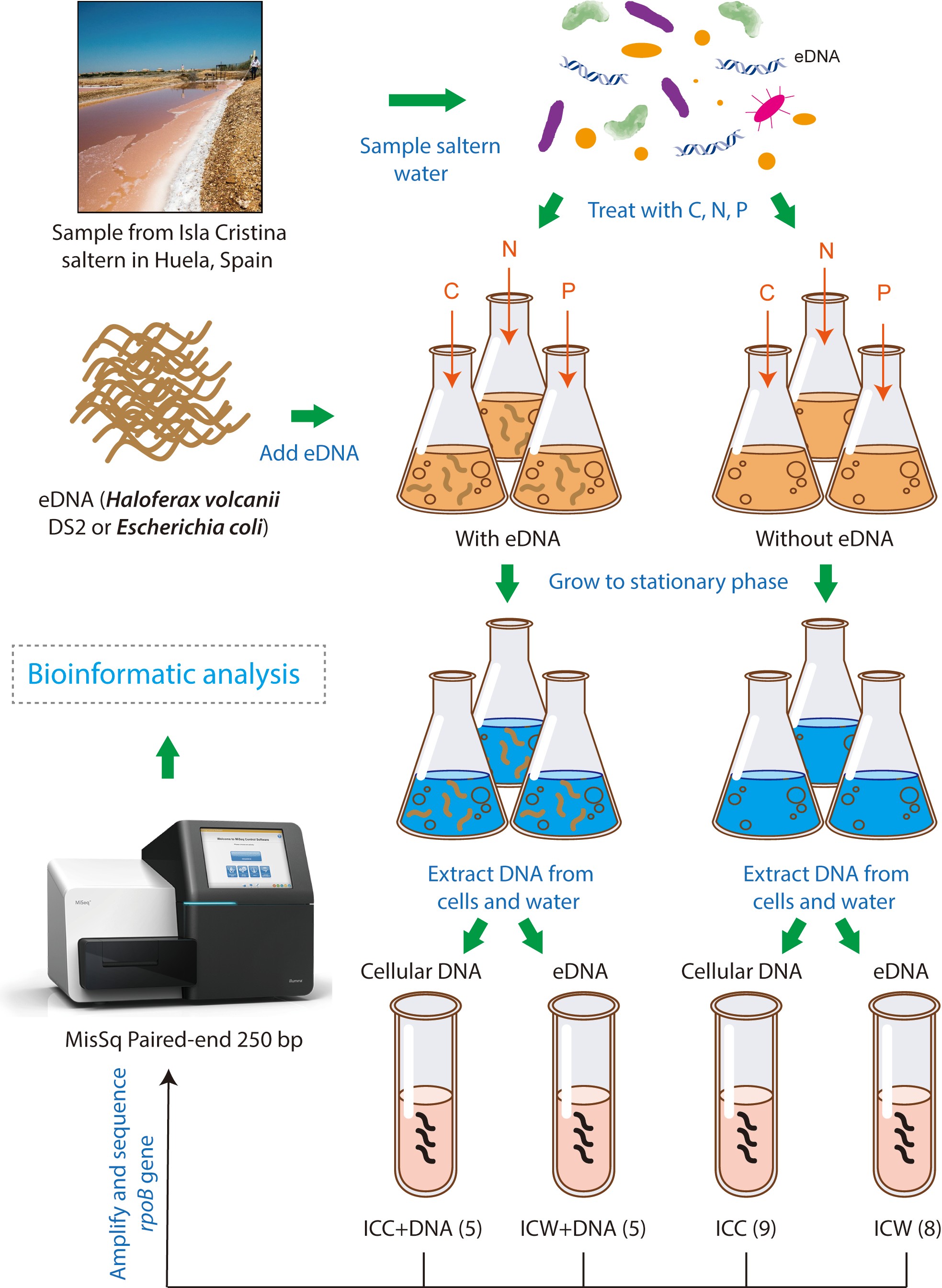 Extracellular DNA (eDNA) is present in every habitat, but is found at its highest concentrations in hypersaline environments.  Laboratory experiments have shown that the model halophilic archaeon, Haloferax volcanii, is capable of utilizing DNA as a source of phosphate, and has a bias for some sources of DNA over others.  To better understand usage of DNA in a natural microbial community, we developed an experiment wherein a mixed microbial community (sampled from a solar saltern in Isla Christina, Spain) was supplemented with various combinations of carbon, nitrogen, phosphate, and DNA and measured the impact of this supplementation on the community.

Sequencing revealed that the composition of DNA from the water column was quite different from the DNA obtained from cells.  One might expect that the DNA present in the water column would just be a reflection of composition of the cellular fraction, and that the populations from the water column and the cellular fraction of a water sample would be the same, as all the dissolved DNA would be consumed at the same rate, regardless of composition.  The dissimilarity instead suggests that there is a considerable amount of bias in consumption of DNA, and the DNA remaining in the water column could represent the accumulation from populations with DNA that is less “palatable”.  We were pleased to see that bias in DNA consumption is not limited to Hfx. volcanii.

In our work, we fed the sampled community with DNA or inorganic phosphate.  Interestingly, the supplementation of DNA or phosphate alone did not allow the communities to grow, but the addition of carbon and nitrogen along with a phosphate source did, suggesting that the DNA was only being utilised as a phosphate source, rather than also supplying other elements as well.  The growth of communities given DNA was comparable to those given phosphate, suggesting that consumption of DNA is a common means for the present cells to acquire a source of phosphate, but the growth was slightly more robust with phosphate than when DNA was supplied.  Analysis of remaining phosphate after any of the treatments revealed more organic phosphate (DNA) being left behind than inorganic phosphate.  This shows that inorganic phosphate is the most readily consumed, and again speaks towards there being a bias towards the source of phosphate as food.  Supplying the communities with nitrogen alone showed no appreciable growth, carbon alone showed a small amount of growth, and a combination of carbon and nitrogen without phosphate showed growth, albeit not as much as when phosphate was also supplied.  We believe this shows that all elements can be a limiting resource in the context of a natural saltern.

The shipwreck Anona - a microbial island under sea 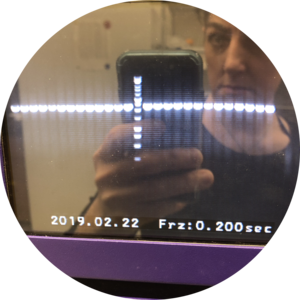