+2
Claudia Alteri and 2 others See all
Assistant Professor, University of Milan
Follow 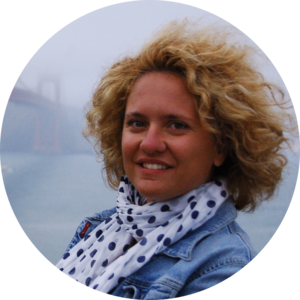 It all began on February 18, 2020 in Codogno, Lombardy, the day when a young anesthesiologist had the idea of ​​testing a 38-year-old man, hospitalized for a severe respiratory failure, for the newly emerged β-coronavirus infection that was affecting the Hubei province, China.1,2,3 This intuition revealed the first endemic case of COVID-19 in Italy, the first of a very long series. In few time Lombardy become the area most affected by the COVID-19 pandemic, totalling 89,018 infections by June 2, out of a total of 233,197 cases in Italy.4

In a phase where it was strictly necessary to understand the characteristics of circulating viruses and their spread in the population, we decided to start a sequencing program financed by Cariplo foundation throughout the Lombardy region. Our team rapidly selected, sequenced and analysed 346 nasopharyngeal swabs tested positive for SARS-CoV-2 and collected from February 22 through April 4, 2020. The sampling criteria allowed a good coverage of the whole territory and was well representative of the general infected population. By reassigning sequences to the lineages according to the PANGOLIN application,5 seven viral lineages were detected. Most of them were interspersed within B sub-lineages. The molecular clock analysis revealed that the most recent ancestor of these viruses dates back to the second half of January (Jan, 20, 95% HPD intervals: Jan, 16 – Jan, 23) in line with evidence of initial outbreaks in other European countries in the second half of January.6

At least three lineages were widely represented (B.1, B.1.1 and B.1.5), and supported by transmission chains occurring since the first half of February. Even if these lineages were sizeable and spread rapidly, they showed different geographical distributions preferences. Lineage B.1, probably characterized by origin in Lombardy, mostly affected Lodi, Cremona and Mantua in the south, and accounted for 90.2% of sequences coming from these provinces. This is a less densely populated area, with less intense interconnections with Europe and beyond, making a modest lineage diversification plausible. Lineage B.1.1 predominated in the north of Lombardy, mostly in Como, Lecco, Bergamo and its adjacent territories such as Alzano and Nembro, and accounted for 62.7% of sequences coming from these provinces. This is a densely populated area, served by dense motorway and railway networks, and by two international airports. Thus, we cannot exclude that foreign introductions contributed to the spread of this lineage, a hypothesis supported by the characteristics of the local clusters identified within it. Lastly, lineage B.1.5 was mainly detected in Pavia, because of a local cluster detected in this area which involved 23 B.1.5 sequences. Of note, Milan, the most important urban area of Lombardy, is the only province in which all lineages are equally represented. Given the central location of Milan and its intense economical and transportation links to Europe and beyond, the simultaneous circulation of the different lineages in this area would seem plausible.

Overall, thanks to these efforts, we shed lights on the circulation patterns of SARS-CoV-2 in the epicentre of the European epidemic at the time of first wave. While we are writing this post, the circulation of SARS-CoV-2 in Italy is still sustained and new variants are detecting in Europe and outside. Thus, it is crucial to joint the efforts to continue sequencing SARS-CoV-2 circulating in Italy, in order to identify new viral variants, their genetic signatures and to define potential implication for disease severity.