SARS-CoV-2 infections pose a global threat to human health. While interactions and functions of viral proteins are being investigated with great interest, little is known about viral RNAs and their regulation by host factors during infection.

The story behind the first SARS-CoV-2 RNA-protein interactome started like many things in 2020: at home. Germany was on nationwide lockdown, when an email from our biosafety officer informed the institute that the S3 facility would soon be used for work on the novel coronavirus SARS-CoV-2. This caught my attention. While my newly hatched lab had ambitious plans to work on other RNA viruses, it seemed like our approach might be well suited to help improve our understanding of SARS-CoV-2 infections. A few emails later, I was on the phone with a future collaborator who was surprisingly open to the idea of generating a sufficiently large number of SARS-CoV-2 infected cells to biochemically dissect the interactions of viral RNA with the human host proteome (Figure 1).

This project quickly became the center of our attention. We had successfully used the pivotal RAP-MS technology (Figure 1) a number of times and had worked out best practices to coordinate mass spectrometry analyses with our friends at the Broad Institute. Pilot experiments looked promising and a few experimental tweaks later, we caught the first glimpse of the proteins that directly bind to SARS-CoV-2 RNA.

This was a big deal. For the first time we learned which proteins may regulate SARS-CoV-2 RNAs in human cells as they are subject to infection. We noticed many known viral RNA binders at the very top of our RNA-protein interactome, but even among viral proteins we were met with surprises: the spike protein, which gives coronaviruses their characteristic ‘glow’ under the electron microscope, crosslinked strongly to viral RNA, suggesting a previously unrecognized RNA association.

Zooming in on individual candidates, we demonstrated by genetic perturbation that CNBP and LARP1, two of the most strongly enriched viral RNA binders, restrict SARS-CoV-2 replication in infected cells. We next decided to map the exact RNA binding sites of both of these newly identified antiviral regulators and noticed an intriguing binding pattern: LARP1 bound to the 5’-leader sequence that is present in all SARS-CoV-2 mRNAs. This binding pattern is similar to how LARP1 recognizes specific host mRNAs to regulate their translation. More work is needed here, but based on our findings so far, it is tempting to speculate that LARP1 might regulate the translation of SARS-CoV-2 RNAs through a direct interaction with their leader sequence.

Finally, we realized that dozens of RNA interactome proteins were known targets of approved drugs. We ended up testing 4 inhibitors and observed a clear reduction in viral RNA levels and titers for 3 compounds. Combining evidence from our genetic and pharmacological validation experiments with newly emerging genome-wide data from CRISPR screens, we find 18 RNA interactome proteins with a distinct function during SARS-CoV-2 infections.

Overall, our SARS-CoV-2 RNA-protein interactome provides valuable insights into the regulation of viral RNAs in infected human cells, which will improve our understanding of viral RNA functions, innate immune response mechanisms and may guide the development of targeted therapies against COVID-19. 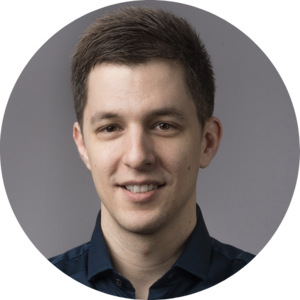