Cover illustration: sketch of a flow cytometer and the data it generates. Image credit: Tim Lacoere and Ruben Props.

Research during the last decade has pinpointed the crucial role of the gut microbiome in relation to the state of its host. By now, we know that differences in the gut microbiome are associated with a multitude of changes in health state, such as obesity, inflammatory bowel diseases and diabetes. Much of this information has been discovered through surveys that characterize the microbial community composition through analysis of the 16S rRNA gene. This grants the possibility to incorporate the gut microbiome in precision medicine in order to provide more accurate diagnostics.

One technology that is often overlooked by microbiologists, is flow cytometry. Flow cytometry enables the measurement of thousands of individual particles in only a couple of seconds. The data consists out of a quantitative description of optical properties of each and every cell. These properties reflect cell morphology and physiology. Taken into account its speed, the power of flow cytometry lies in the large amount of quantitative data it can so quickly generate.

In 2017, researchers from the KU Leuven published a dataset, in which gut microbiota were characterized by both flow cytometry and 16S rRNA gene sequencing [1]. The researchers illustrated that the microbial load differed considerably between people who suffer from Crohn’s disease (CD) and a healthy control (HC) group. Inspired by earlier work [2], they showed that both technologies can be combined to retrieve an absolute representation of the microbial community expressed in operational taxonomic units (OTUs).

This lead us to the question whether flow cytometry itself would be sufficient to discriminate CD from HC communities, and if so, to what extent. To answer our research question, we employed a strategy that is called cytometric fingerprinting to analyze the data. This approach groups cells of similar optical properties together, to retrieve a contingency table that is similar to the traditional OTU-table. Instead of taxonomic units, the microbial community is described in terms of what one can call phenotypical or cytometric units. Once each sample is described by these units, a predictive model (in our case a Random Forest model) can be used to discriminate CD from HC samples.

Results were twofold; first, we noticed that the cytometric diversity indicated a similar trend compared to the taxonomic diversity. Both types of diversity were considerably lower for CD than HC samples (see Figure below). Second, the predictive performance based on flow cytometry was high and close to the one based on 16S rRNA gene sequencing. Flow cytometry successfully captured differences between  CD and HC gut microbiota.

Further research and validation is needed to successfully apply flow cytometry for clinical diagnostics, . However, the core business of flow cytometry lies in the biomedical analysis of human cells. Its application is already integrated in many hospital practices, for example for the screening of hematological malignancies. This makes the technology readily available. Although flow cytometry does not allow to inspect the genetic make-up of the microbial community, our report illustrates that it holds great potential to provide a rapid and affordable screening of microbiome-associated diseases. 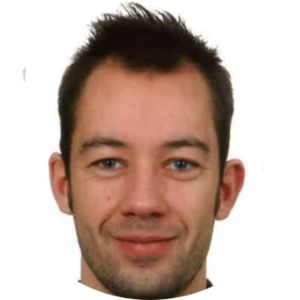