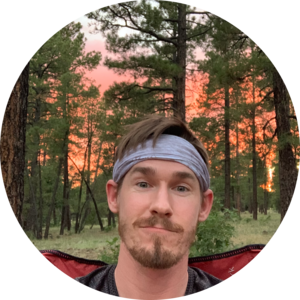 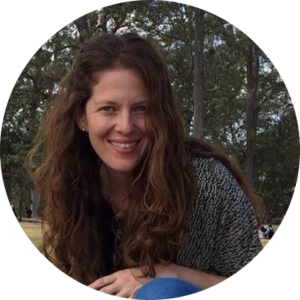 Biological soil crust (biocrusts) are widespread microbial communities commonly found in dryland ecosystems that provide important ecosystem services improving soil fertility and resistance to erosion. They are arguably the most extensive biofilm on Earth, representing a carbon pool that exceeds 1014 g C (1) and are responsible for almost half of the nitrogen fixed on land (2). It is well known that Microcoleus vaginatus, a filamentous cyanobacterium is the pioneer of biocrust communities, but how it managed to initiate biocrust formation in such nitrogen-limited dryland soils was, until recently, an unsolved mystery mainly because it is demonstrably unable to fix nitrogen.

In our recent article, we provide evidence for the existence of a “carbon for nitrogen” resource trading between M. vaginatus, and its associated “cyanosphere” community (a term we use in analogy to the rhizosphere) by examining the responses of natural communities to nutrient additions and by recreating the mutualistic relationship with pedigreed isolates of the partners.

Using natural biocrust communities, we showed that M. vaginatus alters the composition of its associated cyanosphere in response to nutrient availability: adding nitrogen caused nitrogen-fixing bacteria to be pushed out of the cyanosphere but adding phosphorus retains them, supporting a relationship based on “C for N” exchanges.

In our second approach, we could recreate the proposed resource trading relationship by co-culturing M. vaginatus, under nutrient-limited conditions (C- and N-free medium), with nitrogen-fixing bacteria isolated from the cyanosphere and pedigreed to match typical nitrogen-fixing community members within it.  Interestingly, if we co-cultured M. vaginatus with nitrogen-fixing bacteria from biocrust communities or from other sources but not found in the cyanosphere, no partnerships conducive to growth were established. This speaks for a high level of species specificity in the partnership, and hints to the existence of a co-evolutionary process leading to an optimized mechanism for cooperation. Our next step will be to probe these interactions on the transcriptional level to get a glimpse of what makes a specific microbe “partner-material” or not.

Beyond this C for N exchange mutualism, our nutrient addition experiments also hinted that something similar may be at play with phosphorus: as nitrogen-fixing bacteria were pushed out of the cyanosphere with nitrogen addition, space was made available for, and taken by, typical phosphate-solubilizing and metal-chelating bacterial genera. These resources would logically be next in line as limiting growth, once nitrogen-limitation is relieved. This, however, still needs direct testing.

Because some results leading to an unexpected discovery may first look odd, and some others may take you down an unexpected path, we would like to close this post by sharing some lessons we learned from these experiments:

Investigate oddities in your research

Try to investigate oddities in your research. Rarely will anyone ever understand quirks and subtleties of your research project better than you, optimally equipping you to recognize the clues your microbes are giving. During our co-culture experiments, we noticed that, under certain conditions, M. vaginatus formed visible bundle structures, a common trait observed in the natural settings but absent in culture. Investigating this behavior gave us clues to uncovering that bundling behavior in M. vaginatus is an inducible and dynamic trait. Discovering that bundling behavior is linked to both nutrient availability and microbial interactions reveals that the true purpose of bundling may extend beyond its well-studied role in soil stabilization (3) to a crucial role of shaping the microbiome of biocrust communities. We speculate that, much like the roots of plants, the size and structure of bundles can potentially increase the sphere of influence M. vaginatus exerts on the surrounding soil through facilitation of stronger metabolic gradients. We are currently investigating if M. vaginatus shapes the cyanosphere in a similar fashion to plant roots, by using specific metabolites to recruit or exclude bacteria (4).

Increase impact by applying your findings

Discoveries that fundamentally increase our understanding of an ecosystem can fall flat if there isn’t a way to translate it into practical use. Discovering that this resource-trading relationship facilitates the formation of biocrusts in dryland ecosystems places us in the unique position to translate our fundamental knowledge into applied knowledge in the field of restoration ecology. As both climate change and human disturbances increasingly disrupt these important dryland soil microbial communities, the necessity for advances in biocrust restoration strategies become paramount. Currently, these strategies focus on producing the phototrophic components of the community to inoculate in the field with the intent of speeding recovery and establishment of biocrust. Our study suggests that the addition of beneficial bacteria (nitrogen-fixing heterotrophs) from the cyanosphere microbiome might further accelerate recovery by eliminating the time needed for pioneer species such as M. vaginatus, to recruit and establish a cyanosphere, a concept that we are currently testing.

If you’d like to learn more, please check out our paper here or here, and keep an eye out for our future work delving deeper into this incredible symbiosis.