Seaweeds are a major group of invasive species. As holobionts they are colonized by microbial symbionts. The conditions during cross-oceanic transport are often extreme. How does an invasive seaweed deal with holobiont disturbance? How are its microbial communities reassembled in a new environment?

Like plants in terrestrial ecosystems, seaweeds fulfill important roles in coastal marine habitats. They are actually a polyphyletic group composed of three diverse evolutionary lineages. Red and green seaweeds are in the same overall lineage as angiosperms, whereas brown seaweeds are in an entirely different group including oomycetes and diatoms. Similar to plants, seaweeds are holobionts and interact intimately with microbial symbionts.

Human activities have both intentionally and unintentionally distributed organisms, including seaweeds, across the planet for hundreds if not thousands of years, resulting in substantial numbers of biological invasions. However, the conditions during transport from one region to another are often extreme, including for example drought, darkness and anoxia for long time periods. Most seaweeds cannot survive this and only a small proportion becomes invasive. These harsh conditions do not simply affect the seaweed, but they also radically disturb the microbial communities in the holobiont, likely killing most symbionts. How do invasive seaweeds deal with disturbed microbial communities. Are they able to assemble new functional communities in a different environment? And does a capacity to reassemble communities promote invasiveness?

To address these questions we conducted an experiment of which the results have now been published in the ISME Journal. As it is impossible to sample a seaweed before and after it has been introduced to a new environment and has successfully established, addressing these questions was a challenging adventure.

The invasive seaweed holobiont
Joining forces with colleagues from China, Japan, and the USA, we designed an experiment to 'simulate' an invasion using the widespread invader Agarophyton vermiculophyllum as a model invasive holobiont (Figure 1). This red seaweed has spread from north-east Asia to Europe and the west and east coasts of North America. As we learned from earlier work with the same international team, its microbiota differ between the native and non-native range, but also share a geography independent 'core' of microbes.

Simulating an invasion
We sampled and collected the seaweed from sites in California, Virginia, France, Germany, China, and Japan during a two-week period (many kilometers of driving to remote locations and processing samples until very late at night). The seaweed samples were transported to Kiel (Germany) where a new artificial environment was created under controlled conditions in our lab. To mimic severe holobiont disturbance during cross-oceanic transport, we exposed the seaweeds to a cocktail of antibiotics and then to a mixture of microbes, created from extracts of all the sites we sampled to represent a new source of microbes to which an invader has access upon introduction. To record how the microbial communities in the holobionts changed right after disturbance, but also over a longer stretch of time, we sampled each seaweed repeatedly to extract DNA and characterize the microbial communities based on 16S rDNA amplicon sequencing.

Altogether, our simulated invasion demonstrates how a seaweed host that is more flexible towards symbionts may be more invasive. It also provides evidence that the invasion process itself may select for more flexible hosts. For more details, check out the paper! 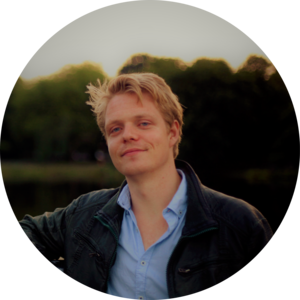 I am interested in microbial ecology and to learn how microbial communities are shaped by their host, the environment and anthropogenic impacts across geographic and temporal scales using both field-based and experimental approaches.
Follow