Termites are major degraders of wood and grasses in the tropics, and one of the products of the digestion in their hindgut is the greenhouse gas methane. When released into the atmosphere, this contributes to 1-3% of the global atmospheric budget. However, an understudied fact about the ecology of mound-building termites is that the “bricks” of their homes derive from nearby soil material, and these soils are inhabited by bacteria that feed on methane: the methanotrophs.

While researching methanotroph ecology in high-alpine soils in Europe, we became interested in the unique soil-derived and termite-engineered mound ecosystem after an intriguing conversation with peers. We learned that methanotrophs may play an important role in methane cycling in termite-mound ecosystems.

Leaving the mountains behind and fast forward a few years, we found ourselves doing extensive fieldwork in tropical Darwin in the Northern Territory of Australia, to investigate methane cycling in mounds of three Australian termite species. To be able to compare the methane budget of different mounds, we first had to measure the basic physical properties of these oddly shaped structures. So we developed some fast and simple photogrammetric tools to quantify internal and external mound volumes based on photographs of mounds. Combined with some sophisticated methane measurements, this creative exercise allowed us to come up with an accurate methane budget for each mound, which revealed that mound-dwelling methanotrophs consume 20-80% of termite-produced methane, and thus strongly mitigate emissions into the atmosphere.

With this hidden methane sink revealed, we now wanted to know more about the ecology of mound-dwelling methanotrophs: who and how active are they? In our most recent study on mound ecosystems, published in The ISME Journal, we thoroughly investigated the composition, abundance, and functioning of methanotroph communities in their natural environment.

To determine the activity of methanotrophs in undisturbed mounds, we optimised a gas tracer test to quantify methane oxidation in the field. This allowed us to estimate the apparent kinetics of the methane-consuming enzyme. We then assessed the methanotrophs’ identity and abundance, community structure and metabolic capacity by a suite of complementary molecular methods: functional- and universal-gene amplicon and shotgun metagenomic sequencing.

We found a soil-derived yet distinct methanotrophic community in mounds, kinetically adapted to elevated methane concentrations. Mound methanotrophs were dominated by members of the upland soil cluster alpha (USCα), commonly believed to consume (sub-)atmospheric methane in soils. Finding USCα thriving in the mound environment under elevated methane concentrations was thus quite surprising. We also found that mound USCα can potentially utilize carbon and energy from sources other than methane. All this highlights a higher functional diversity within this cluster than previously recognised. Another surprising finding was that methanotroph relative abundance stayed around 0.5% of the total microbial community, despite ample methane availability. For yet unknown reasons, methanotrophs remained rare members of the biosphere, so they are only able to mitigate a proportion of the large amounts of termite-produced methane.

While we could extend our knowledge on the ecology of methanotrophs in this fascinating environment, much remains to be discovered about this crucial functional group, and why their mitigation potential of the important greenhouse gas methane is confined to an extremely low abundance. 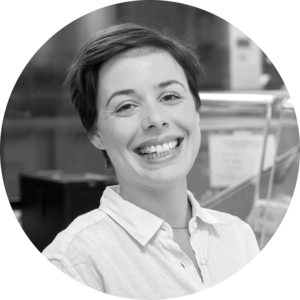