Summary: Aspergillus fumigatus is a fungal pathogen that can cause both chronic and acute infections. Previously, we were able to show that the predicted carbohydrate deacetylase Agd3 was integral to biofilm formation and virulence in a mouse model of A. fumigatus infection. In our new study we analysed the activity and structure of Agd3 showing that it represents the founding member of a new family of carbohydrate esterases with a unique three-domain architecture. Understanding biofilm formation may lead to new therapeutics for these infections.

In the Howell Lab we have been studying bacterial exopolysaccharide biosynthesis pathways involved in biofilm formation for many years. In 2013, Dr. Don Sheppard (University of McGill) approached us about working together on an exopolysaccharide production pathway in Aspergillus… a fungus! And so, a fruitful collaboration began.

A. fumigatus is an opportunistic pathogen that can cause both chronic and acute infections. Biofilm formation and the production of galactosaminogalactan, an exopolysaccharide, are linked to A. fumigatus virulence and antimicrobial resistance. Interestingly the genes that the Sheppard group had linked to galactosaminogalactan production were clustered in the genome, which is not common in fungi. These genes turned out to have homology, albeit distant, to some of the systems we had worked on in bacteria, more specifically the Pel polysaccharide system of Pseudomonas aeruginosa.

We began investigating the Aspergillus gene products that were predicted to be extracellular, as these theoretically, would be more easily targeted by new therapeutics. One such protein was Agd3 which had a small region with predicted homology to a family of carbohydrate deacetylase. Agd3 was a much larger protein than the deacetylases we usually worked on in bacterial exopolysaccharide systems and only seemed to have one predicted active domain. Was Agd3 a novel carbohydrate deacetylase? At over twice the size of a typical deacetylase domain, what were all the other regions of the protein doing?

These questions were what spurred our investigation into Agd3’s activity and structure in vitro, alongside in vivo investigations led by Dr. Mark Lee and Dr. Sheppard. The in vivo experiments moved at a quicker pace and revealed the importance of agd3 in Aspergillus virulence in the mouse model Dr. Sheppard had pioneered (Mark's paper). As in bacterial exopolysaccharide systems, deacetylation rendered galactosaminogalactan adherent to the fungus and to surfaces…deacetylation induces stickiness!

The in vitro work was slow, in part due to the lack of success we had in producing recombinant protein in the bacteria hosts we usually used. Luckily, we were able to obtain a yeast expression system from our laboratory neighbours, the Rubinstein Lab (@RubinsteinJohn). This was instrumental to our success. After much troubleshooting, and emails with the writer of the book on Pichia expression systems (Dr. James Cregg) we had soluble, stable, purified Agd3.

Production and purification of recombinant Agd3 was not the only challenge to overcome on this project; the second was obtaining a structure. After trying over 500 conditions, we got one crystal hit: hexagonal plates. We collected data in person at the new National Synchrotron Light Source II (NSLS-II) at the Brookhaven National Laboratories. The facility had just opened and was only doing in-person data collection with the beamline staff onsite. This was one of the most educational experiences of the whole project. The guidance from Martin Fuchs and Jean Jakoncic was instrumental to obtaining the high-quality datasets we needed for phasing, considering the difficult crystal packing. The banter between beamline staff kept us going during the very long hours of data collection. One of the best parts of working with scientists is—so many quick-witted people ready to laugh.

The work that went into our paper is so much more than the scientific results and I hope that this blog entry has portrayed that. With that being said, the science tells its own story in the article link here. 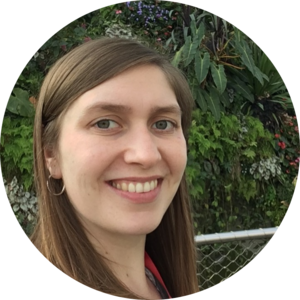