A year ago, I wrote a blog post about an exciting new advancement in microbial oceanography. Free-floating robotic samplers were making it possible to study microbes in their natural environments in an unprecedented way. In particular, I discussed our recent ISMEJ paper, which reported on the diel transcriptional dynamics of eukaryotic phytoplankton collected during the first deployment of the “environmental sample processer” (ESP), an MBARI-designed robot that was configured to float along the California Current and collect plankton samples over a diel cycle.

This was the first opportunity to understand how natural phytoplankton communities respond to their environment over time. One of the major findings from our paper was that diverse groups of phytoplankton had diel-cycling transcripts that partitioned their metabolisms in the same way over the course of a day. Photosynthesis genes turned on in unison—in fact, the same genes turned in the same order across groups, in a tightly-regulated “cascade” of photosynthetic machinery. Cell-division related genes, on the other hand, turned on at night, perhaps as a way of shielding DNA from UV-damage. We also found viruses infecting the majority of abundant phytoplankton and bacterial taxa. We were surprised to see that, rather than peaking when hosts decline, as would be expected from a predator-prey relationship, most dsDNA viruses had peak expression that was synchronized with peak expression of putative hosts. We hypothesized that because these viruses are large, they require host-metabolism to be at its peak for them to replicate.

In the year since our initial study was released, great progress has been made towards understanding diel physiology in planktonic ecosystems. Excitingly, our strange viral-coordination story seems to have real merit. Since then, Pelagibacter virus 37-F6, possibly the most cosmopolitan dsDNA virus in the surface ocean, was also found to have host-synchronized transcription. The timing of transcription was coordinated with peak host and virus abundance, indicating that the release of viral particles was synchronized with cellular replication—just as we suspected. These results were shown in both oligotrophic and eutrophic environments and may constitute a major strategy of marine dsDNA viruses on a global scale.

Diel transcriptional sampling efforts of phytoplankton have also since been made in a variety of habitats, corroborating our metabolic partitioning findings in everywhere from a small freshwater pond in Germany to a harmful algal bloom in the Great Lakes and the oligotrophic North Pacific Subtropical Gyre (NPSG). Excitingly, the Lake Erie Microcystis spp. report replicated the result that had us scratching our heads the most. While most photosynthetic machinery peaked in the morning, photosystem I reaction center proteins had peak expression in the middle of the night in both cyanobacteria and diverse plastids. The reason for this is still unclear, but might be traced back to cyanobacterial origins.

Several noteworthy new ideas came out of diel sampling efforts in the NPSG, which benefitted from triplicate sampling over a longer time course, as well as metabolomic, pigment and lipid metadata. A publication on the haptophyte, Emiliania huxleyi, reported similar metabolic partitioning to what we described, but detected a much-enlarged pool of day/night oscillating transcripts, a testament to the greater signal that can be observed with higher resolution sampling. Eukaryotic phytoplankton were also specifically linked to bacterioplankton via their production of organic sulfur compounds that support the growth of heterotrophs like SAR11 on a diel cycle. Metabolomic results showed that the total pool of particulate metabolites peaked at dusk, and a whopping 70% of metabolites were periodic. Pigments were also shown to accumulate on a day/night cycle with cellular pigment pools being replenished at night. Finally, there was an interesting anecdote showing coordinated periodic gene expression between the diatom, Rhizosolenia sp., and its diazotrophic symbiont, Richelia intracellularis.

Much more remains to be learned about marine microbial systems. Even since the LA times covered robotic monitoring last year, the technology has advanced. The 3rd generation of the ESP has been deployed on a long-range autonomous underwater vehicle (LRAUV) in a cyclonic eddy, where it was able to detect the deep chlorophyll maximum and follow microbes therein for 4 days without resurfacing! (We await the molecular results with bated breath). AUVs are getting better at targeted sampling—finding and focusing on ephemeral oceanic phenomena that would be hard to locate and track with a ship (i.e. harmful algal blooms, coastal upwelling fronts, or open-ocean eddies). More sophisticated AUV tracking of oceanographic features, and the new ability to pair them with genomic sampling devices, opens up an exciting new frontier in microbial oceanography. These methods can also be applied more broadly—autonomous samplers are now even capable of collecting environmental DNA (“eDNA”) as effectively as traditional filtration methods.

While I haven’t personally continued researching diel cycling in marine planktonic systems in the last year, it is inspiring to see the amount of progress that has been made in such a short time. I can’t wait to see what the future hold for this field—hopefully, fleets of autonomous samplers reporting home with data from across the globe! 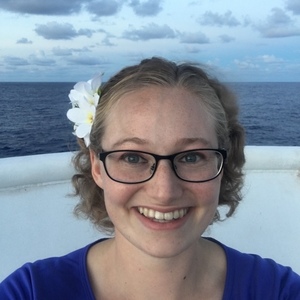