+1
Olivia Steele-Mortimer and 1 other See all
Senior Investigator, NIAID/NIH
Follow 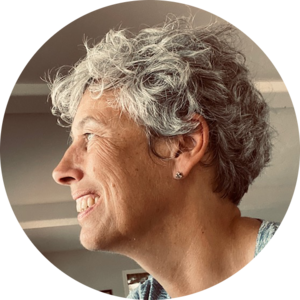 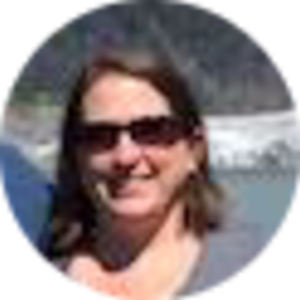 How the project got started

I was helping a postdoc testing the function of SPI1 (Salmonella Pathogenicity Island 1) in macrophages and noticed that HilD (the master regulator of the SPI1 regulon) seemed to contribute to entry independent of T3SS1. This piqued my interest since HilD is known to regulate a number of genes in addition to its very well-known role in regulating the secretion system. It was quite serendipitous because one probably wouldn’t find this phenotype unless you were specifically looking at macrophages with this series of mutants, which we happened to be doing for other reasons.

I was initially thinking more about adhesion factors, but Olivia encouraged me to look at motility and chemotaxis genes. She pointed out that adhesins are not well expressed under SPI1-inducing conditions and described an unpublished experiment with laser tweezers where she could see that SPI1-induced Salmonella Typhimurium didn’t adhere well to HeLa cells unlike Yersinia, which binds tightly to receptors on the host cell surface via invasin. When I got the RNAseq data, I spent hours staring at the data, looking up every hypothetical gene that looked promising but McpC was the only motility gene that was significantly upregulated, and then I found a paper suggesting it was regulated by HilD.

The biggest challenge was when it became clear I had exhausted our expertise. I had this idea that McpC was inhibiting chemotaxis but, despite reading everything I could on mechanisms of chemotactic signaling, I couldn’t find anything supporting such a mechanism in the literature. I really had to come out of my shell and talk to other scientists. I still can’t believe that I went down to Utah and knocked on Sandy Parkinson’s door and introduced myself and asked him for help. I think the most important thing that Sandy told me was - no, your idea is not crazy and there’s a real possibility that you might be right. He gave me the tethering protocol, which I used to do single cell analyses in the bacteria and revealed the actual phenotype.

Obviously, I had a lot of other help from members of our lab as well as our collaborators. Mouse models for Salmonella are not ideal for studying epithelial cell invasion, so Sara Lawhon and her colleagues in Texas, who helped us with the calf ileal loop model, were essential.  And Brendan Jeffrey deserves a lot of credit in helping me to analyze and process the large amounts of data that came from analyzing tethered and free-swimming bacteria.

When I started my lab at RML in 2001 Kendal was my first recruit. A recent graduate of the University of Montana she wanted to get research experience before graduate school. Even then it was clear that she was an exceptional scientist, who embraced complex scientific questions and excelled at the bench. However, after completing her PhD and a postdoc, Kendal decided against trying to balance family and career and instead returned home to Montana to raise her twin daughters. She rejoined my lab in 2012 as a microbiologist, albeit with my verbal assurance that she would always have her own research project. Despite minimal promotion prospects at RML, Kendal made clear from the onset that she was here to do research at the highest level. This beautiful paper is a testament to her passion for science and determination to leave no stone unturned.

It’s wrong that talented scientists like Kendal can’t take time out for family, or other reasons, without sacrificing their careers. A competitive research fellowship, for scientists wanting to return to the academic career path, would be a simple and effective way to address this issue. I have no doubt that it would be a great success, not only for the returning scientists but also for the labs hosting them, and would provide much needed flexibility in the scientific career system.

- Olivia Steele-Mortimer and Kendal Cooper are in the Laboratory of Bacteriology, at the Rocky Mountain Laboratories, NIAID/NIH. The work described was funded by the Intramural Research Program of the NIAID/NIH.