Symbiosis is usually a matter of degrees, not absolutes!

+3
Batbileg Bor and 3 others See all
Assistant Member, The Forsyth Institute 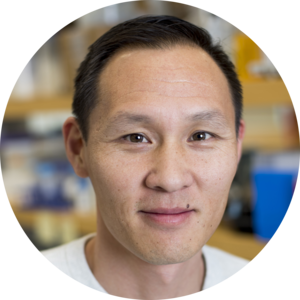 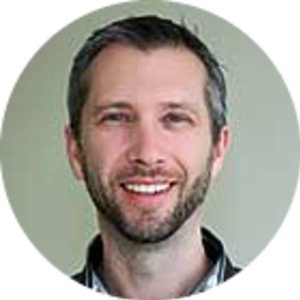 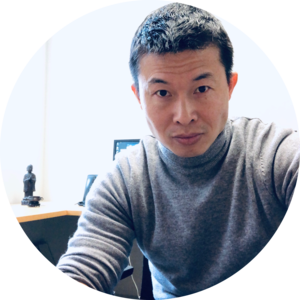 Darwin gave us the concept of “tree of life” which resolved life into three branches (Archaea, Bacteria, and Eukaryota). But could the microscopic world hide life so foreign that it does not fit into any of these branches? Closest yet to this idea is the newly added major lineage (>73 Phyla) of the domain Bacteria termed the Candidate Phyla Radiation (CPR) [1]. Curiously, many of these bacteria may be symbiotic to other microorganisms, inferred from their ultrasmall cell sizes, highly reduced genomes and the environment in which they are from [2]. This generalization was partially validated by the cultivation of Nanosynbacter lyticus strain TM7x, a member of the Saccharibacteria phylum within the CPR, revealing that Saccharibacteria live as obligate symbionts attached to suitable host bacteria [3, 4]. As the only cultivated member of the vast CPR, combined with its occurrence in the human microbiome, studies of Saccharibacteria physiology have been filled with serendipitous discoveries along the way.

We began our study with a simple question: Can TM7x grow on other Actinomyces sp. besides the original bacterial host on which it was isolated? To answer this question, we obtained as many phylogenetically diverse Actinomyces strains as we could (twenty-seven) and infected them with TM7x. Each infection lasted >14-consecutive days, and due to extremely small size and low abundance at various stages, we had to check and verify TM7x-presence in multiple ways (e.g. PCR, culturing, microscopy). All told, we found thirteen Actinomyces could host TM7x (susceptible strains) while fourteen could not (resistant strains). Comparing each susceptible relationship revealed something unexpected – the host response to TM7x varied. Of the thirteen hosts, ten exhibited a growth/crash/recovery cycle after TM7x infection (permissive strains), while the other three supported TM7x-growth without a growth-crash (nonpermissive strains). These results suggested that TM7x can have a differential degree of symbiotic relationship with multiple bacterial hosts within a restricted lineage. How this translates to other CPR species can only be speculated: if other Saccharibacteria [5] and CPR phyla similarly associate with host organisms, this may explain the large diversity of CPR matching that of the non-CPR bacteria, and the implied array of interspecies interactions that exist among CPR/hosts would be enormous. 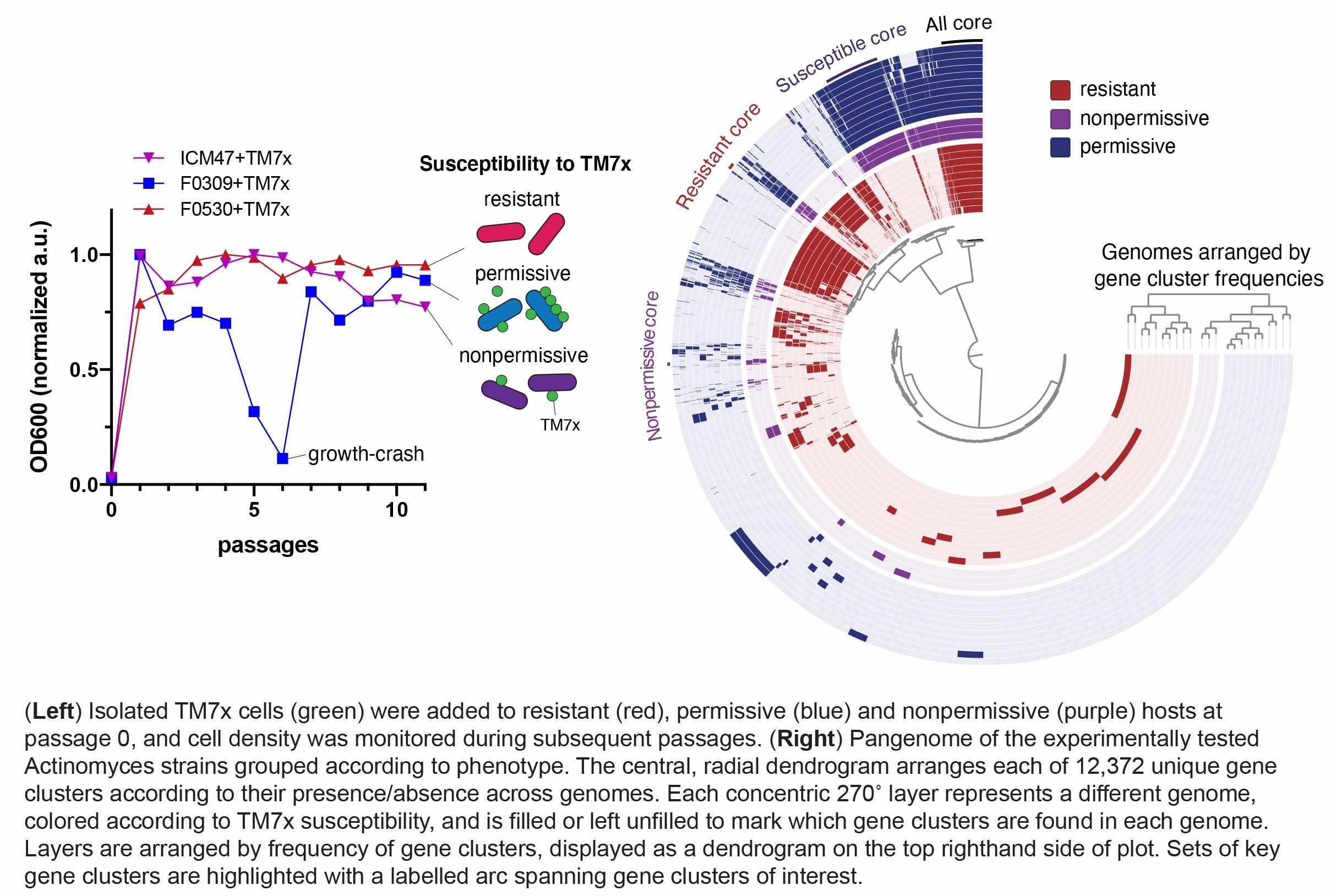 This scientific journey spanned time, geography, and discipline. Most of the phenotypic characterizations were conducted at UCLA when I was a postdoc and continued in 2018 to the Forsyth Institute in Cambridge, MA, where I started my own lab. Here, presenting at a local microbiome conference, I met Dan Utter, a brilliant graduate student studying microbial ecology and evolution in the Cavanaugh lab at Harvard. Coming from a hydrothermal vent symbiosis lab, he brought key concepts and phylogenetic and comparative genomic analyses to poke deeper into the evolutionary basis of the phenotypes. Dan clearly demonstrated each symbiotic phenotype (resistant, permissive and nonpermissive) had distinct enriched genes and functions, potentially explaining the diversity of the relationships. These specific genes lay the groundwork for future detailed studies on the interaction between TM7x and its hosts.

One of the major challenges involves the thicket of symbiotic terminologies. For instance, we debated naming the phenotype of hosts “permissive” vs. “crasher.” “Crasher” was descriptive, but ‘permissive’ better communicated the existence of a relationship. However, ‘permissive’ suggests that the Actinomyces host decides the outcome, which we do not know. As in any new scientific field, studying ultrasmall symbiotic bacteria has been extremely challenging but incredibly rewarding. We not only had to observe, recognize and develop completely new assays tailored toward Saccharibacteria, but come up with new names for complex associations. Speaking of terminologies, in my native Mongolian we have a saying that “a Mongol without a horse is like a bird without a wing”- perhaps I could turn this into “a TM7 without a host is like a fish without a gill”?