When you hear “termites”, you would probably imagine them as pests. However, do they really do more harm than good?

As we know, termites eat a tremendous amount of dead wood and they actually have great ability to efficiently digest and extract energy from wood. In 1923, the legendary microbiologist, Lemuel R. Cleveland first reported that wood is digested not by termites themselves but rather by protists (single-celled eukaryotes) living in their gut. Since then, many researchers have been working on revealing the symbiotic relationship between termites and their gut microorganisms, expecting future applications of more efficient energy production from wood. However, this is not the only benefit we can gain from termites. Intriguingly, we can observe a variety of cellular associations between protists and bacteria in the termite gut, where some bacteria live on the surface of the host protist cells and some live inside the cells. There is even a case where bacteria live inside the host nucleus (Sato et al.). Thus, termites provide us a great model to study the evolutionary process of cellular symbiosis.

In our paper, we compared the genome of Desulfovibrio phylotype Rs-N31, which is an “almost intracellular” symbiont of Trichonympha agilis in the gut of the termite Reticulitermes speratus, and that of phylotype ZnDsv-02, which is an “almost extracellular” symbiont of Trichonympha collaris in the gut of Zootermopsis nevadensis (Figure 1). Phylotype Rs-N31 was discovered by Sato et al. in 2009, which took the authors by surprise because there had been no report of Desulfovibrio associated with eukaryotic cells as a mutualist. Rs-N31 appears to be so intracellular that the authors misinterpreted the bacteria to be completely intracellular even with transmission electron microscopy. However, when Strassert et al. discovered in 2012 that a Desulfovibrio species is an ectosymbiont of Trichonympha globulosa, Kuwahara et al. (2017) re-examined the transmission electron micrographs of Rs-N31 from Sato et al. (2009) and realized that Rs-N31 cells are connected to the outside of the host via a small pore or a tube-like structure with 40 nm diameter: Rs-N31 is "almost intracellular". The genome analysis suggested that Rs-N31 bacteria likely have a role to remove excess hydrogen that may inhibit the wood fermentation activity of the host protist. In addition to these two cases, Ikeda-Ohtsubo et al. (2016) also found Desulfovibrio phylotype ZnDsv-02 to be an “almost extracellular” symbiont; thus, we decided to compare the genomes of ZnDsv-02 and Rs-N31, to reveal the evolutionary process of cellular symbiosis between extracellular and intracellular stages. 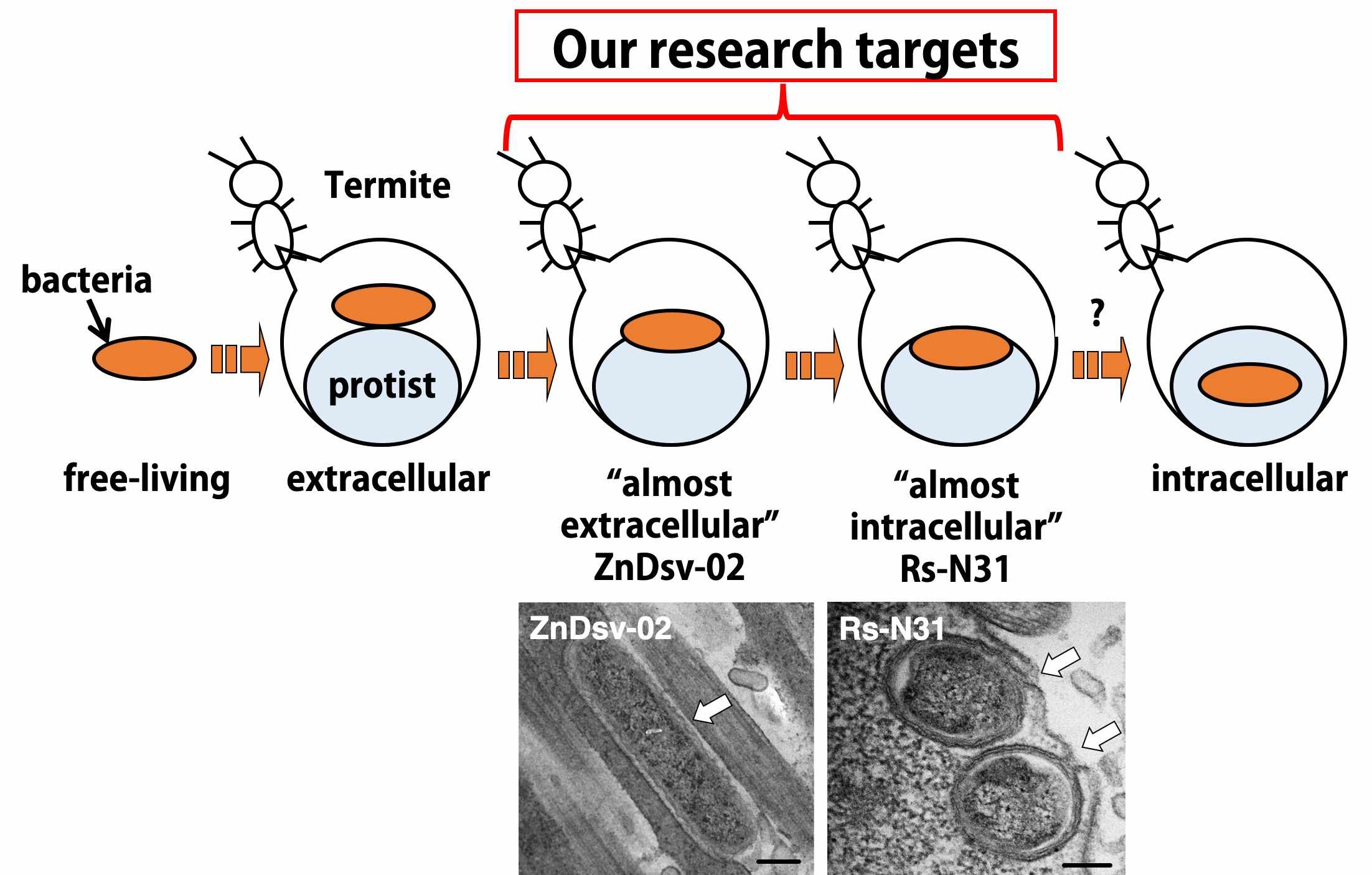 As we had already obtained the complete genome sequence of Rs-N31, we tried to obtain that of ZnDsv-02; however, unexpectedly to us, we failed to complete the genome sequence. We therefore had to investigate the draft genome of ZnDsv-02, and to our surprise, unlike previously known ectosymbionts of protists, the genome of “almost extracellular” ZnDsv-02 has already been reduced to 1.6 Mb (estimated) with many pseudogenes, which is comparable to the case of “almost intracellular” Rs-N31 (1.4 Mb). At first glance, we didn't think that the difficulty sequencing the ZnDsv-02 genome and the reduction of its genome together implied something important. To explore the reason why we couldn’t completely assemble the ZnDsv-02 genome, we examined single-nucleotide polymorphisms (SNPs) within the ZnDsv-02 population on a single host cell, and found that the ZnDsv-02 population genome contained 600 times more (!) SNPs than the Rs-N31 population genome. What does this imply to us??

Genome reduction is commonly observed in intracellular symbionts which are transmitted vertically from parent to offspring, or in extracellular symbionts which are kept inside a special organ and also undergo vertical transmission. However, our findings suggest that, as “almost extracellular” symbionts with many SNPs, ZnDsv-02 can be transmitted horizontally among host protist cells in addition to vertical transmission, and that even under this circumstance, the genome size can be reduced. In our paper, we further investigated the genomes of ZnDsv-02 and Rs-N31 and speculated on this counterintuitive phenomenon.

Termite gut microbiota is a gold mine of cellular symbiosis where we can observe diverse cellular associations between protists and bacteria in progress. While there are still many unanswered questions about underlying mechanisms of this symbiosis, diving deep into this microbial world will help us unravel mysteries about how we and other eukaryotes have evolved. 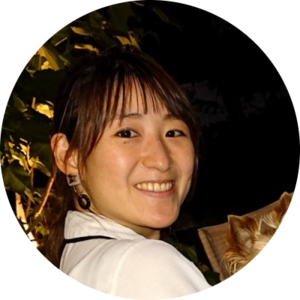