How an oral cancer treatment drug may hold the key to targeted modulation of microbial communities in the distal colon. 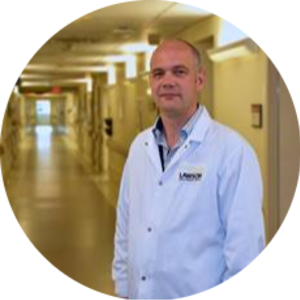 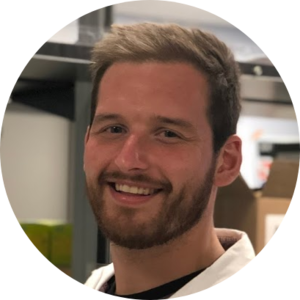 Nearly a decade ago, Jayne Danska’s group in Toronto (Ontario, Canada) demonstrated how the gut microbiome influenced testosterone regulation and induced protection against autoimmunity in NOD mice (Markle et al., 2013). Following this discovery, our group here in London (Ontario, Canada) began thinking about other important ways by which gut microbes may influence health outcomes via regulation of sex hormones. During early days, we had grandiose ideas of creating microbial products for people seeking to modulate testosterone regulation in the body, from body builders to those undergoing gender reassignment procedures. However, after teaming up with a group of urologists and focusing in on the microbiome’s influence on diseases of the urogenital tract, we soon realized there was far greater potential. Some patients with prostate cancer for example, are unexplainably resistant to standard androgen deprivation therapy (ADT) – a condition termed castrate-resistant prostate cancer.

Fast forward to the introduction of abiraterone acetate (AA) – a relatively new, orally-administered, prostate cancer drug that has shown to be effective in treating castrate-resistant cohorts. Interestingly, AA’s primary role in the body is to inhibit androgen biosynthesis (despite a different mechanism compared to traditional ADT), thus its efficacy against castrate-resistant prostate cancers cannot be fully explained by its androgen inhibiting properties alone. A noteworthy point about this drug as well is that over half  (~55%) of the parent compound and near 90% of the active drug (abiraterone) are defecated due to poor solubility and bioavailability. Given the expected high-level of exposure between AA and the patient microbiome, in our recently published Nature Communications article (Daisley et al., 2020) we set out to perform a clinical trial comparing the rectal microbiome of prostate cancer patients receiving either no treatment, ADT, or ADT+AA (Figure 1). 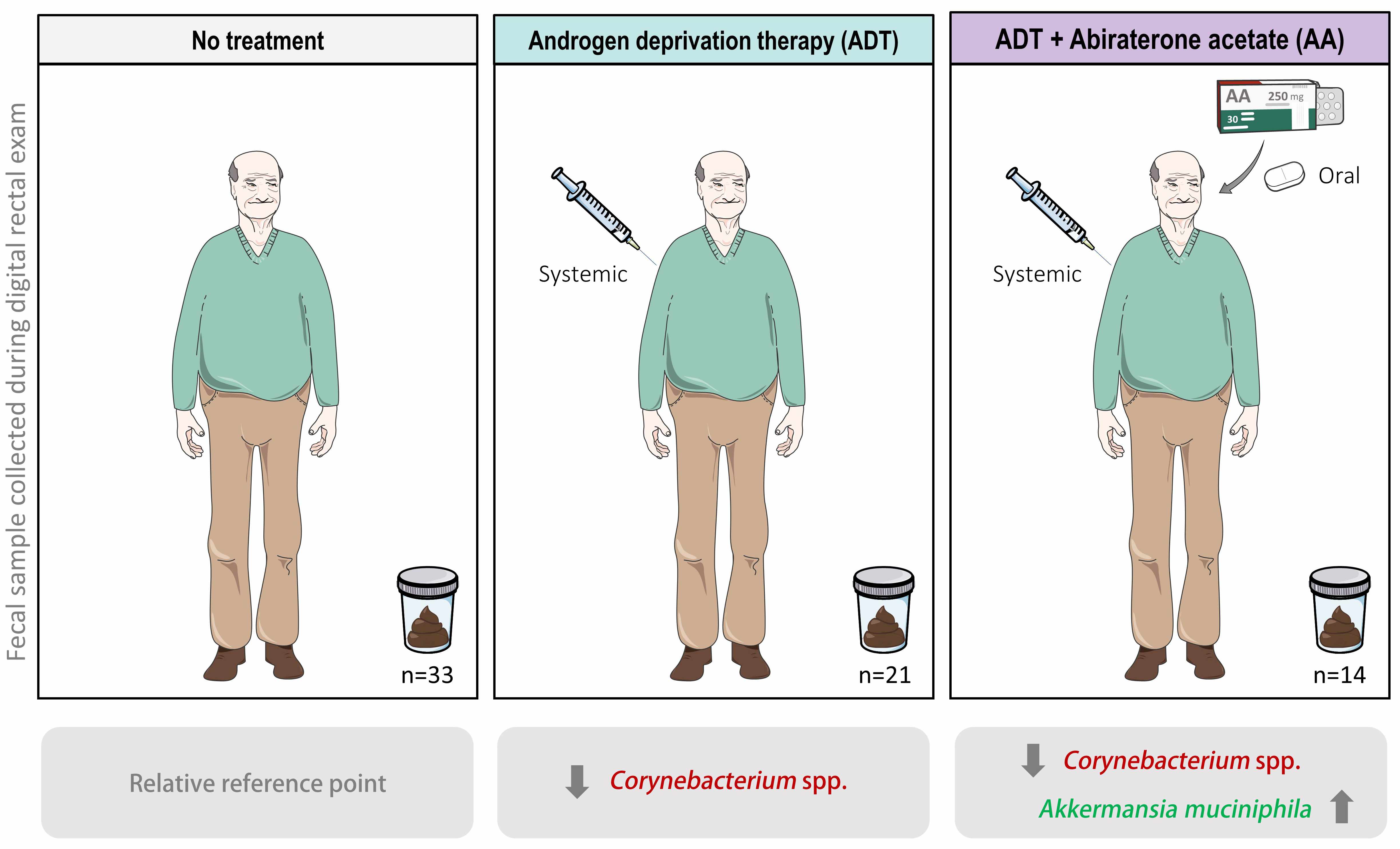 Figure 1. A brief overview of the microbial changes observed.

Firstly, we observed that Corynebacterium spp. were depleted to almost undetectable levels in all patients receiving ADT. These findings substantiate past work showing that sex steroid hormones can alter diversity and compositional profile of the human gut microbiome (Shin et al., 2019). This likely deserves a follow-up investigation given that many Corynebacterium spp. possess 5α-reductase activity and have cell wall components that can evoke interleukin-23 signaling – a key cytokine thought to contribute to tumorigenesis and progression to metastatic disease in the context of inflammation-related cancers (Langowski et al., 2006).

Secondly, and what our study chose to focus on, was that oral AA could increase Akkermansia muciniphila – a gut commensal and prospective ‘next-generation probiotic’ that has popped up with relevance in several other large cancer studies over the past 2-3 years. Particularly, this unique bacterium is most well-known for its role in facilitating a better response to cancer immunotherapy drugs but is also inversely associated with a wide range of other metabolic disorders as well.

During the same time the clinical study was underway, post doc Ryan Chanyi initiated testing of AA on human gut microbial communities in vitro using a chemostat model (Figure 2). It was a simple device and we are still in awe of more fancy equipment now available which mimic almost every part of the human intestinal tract. Emma Allen-Vercoe (University of Guelph), who we regard as royalty in the reconstituted bench top poop space, cast her eye over our set up and gave us the thumbs up and so the experiments commenced using her labs dietary recipe.

Figure 2. Schematic of in vitro experiments (left) and photograph of chemostat model (right). Those that have ever had the pleasure of running gut chemostats will be familiar with the gag reflex smell that comes from stepping in the same room as such as device. Even months after ceasing operations the smell was evident in the room where the device was held. We offer fair warning to those who wish to undertake such experiments and poor Ryan was squirted by its juices on occasion, which goes to show that the salary of a PDF is definitely not worth it.

Essentially, a daily dose of AA was “fed” to the chemostat alongside its normal daily diet and we observed how this influenced microbial changes over several days. During the run we collected both bacterial isolates and samples for downstream 16S rRNA gene sequencing analysis. However, even by culture analysis of the aerobes, it was evident that things were dramatically changing in the chemostat. We were starting to recover large numbers of Enterobacteriaceae which was unusual. We also noticed that other bacterial types were disappearing. Since many Enterobacteriaceae can utilize acetate, we wondered if this may play a role. Kamilah Abdur-Rashid, a past MSc student now enrolled in medical school, used an agar plate assay that I had remembered from years back during my own graduate studies that changed colour with the utilization of acetate. Interestingly, many of the isolated Enterobacteriaceae strains could metabolize AA and utilize acetate to grow, though, neither AA or acetate appeared to provide any growth advantage to these isolates.

At the time, we had not yet complete the clinical study or performed the 16S sequencing, so we did not know about A. muciniphila and thus we did not try to cultivate it. However, later analysis showed that feeding the chemostat AA led to a dramatic enrichment in A. muciniphila, peaking at >1000-fold increase in relative abundance during the exposure period. Follow-up experiments validated this and showed that A. muciniphila in pure culture gains a growth advantage from either AA or acetate even in the presence of other carbon sources. Excitingly, we also identified a potential non-immune-based mechanism by which A. muciniphila could play a role in cancer therapies – through the biosynthesis of vitamin K2. Specifically, the findings from both the clinical trial and the chemostat model both showed that AA-mediated increases of A. muciniphila were associated with a robust increase in bacterial metabolism genes predicted to be involved in the biosynthesis of vitamin K2. Given that vitamin K2 can target castrate-resistant prostate cancer in vitro (Dasari et al., 2018) and can inhibit both androgen-dependent and -independent tumor growth in mice (Samykutty et al., 2013), these results may partially explain the higher than expected efficacy of AA in treating castrate resistant cohorts.

Figure 3. How AA-mediated changes to the gut microbiome may impact prostate cancer treatment.

Thus, it seems likely that the acetate portion of the drug was the factor responsible for increasing A. muciniphila in patients as well. Currently, we postulate that the acetate conjugated to the highly insoluble abiraterone portion of the drug acts to prevent the premature absorption of acetate into the human system earlier in the intestinal tract. The scenario proposed is that localized delivery of this short chain fatty acid to the distal colon may in effect be enabling AA to act as the world’s most expensive prebiotic.

The discovery of AA enriching for A. muciniphila was somewhat serendipitous for us, as in totally unrelated work on melanoma (a project led by Dr. Saman Maleki; more info here), we were administering fecal microbiota transplants (FMTs) to patients receiving anti-PD-1 immune checkpoint inhibitors. A positive response to cancer immunotherapies has been shown to be dependent on certain gut commensals (Matson et al., 2018), and in particular A. muciniphila, which we were hoping would be increased in patients receiving FMTs. Other groups are also actively attempting to increase A. muciniphila for treatment of a variety of other metabolic diseases through the use of select prebiotics or even supplementing the bacterium directly as a prospective probiotic. Thus, it was very much to our surprise when we stumbled upon this unrelated, anti-androgen, prostate cancer drug that could lead to such an impressive enrichment of A. muciniphila.

In all seriousness, we are not advocating the use of AA as a general use prebiotic. However, the potency of delivering acetate to the lower intestinal tract raises many more questions for us to examine, and highlights a potential mechanism to manipulate A. muciniphila and other bacterial species of interest. It goes without saying, fermented foods are rich in acetate and who can forget the various apple cider vinegar crazes that claim its use as a cure-all (The Old Farmer’s Almanac 2019, page 256, ISSN 0078-4516). Old wives' tales aside, where there is smoke there may be fire. Fermented foods may represent a trojan horse for delivering acetate in bulk to the lower GI tract whereby it could beneficially modulate the microbial communities present. Time will tell whether this may all be too simple of a theory, but in the meantime, I'll be adding a little more vinegar to my fish and chips.