Algae are not only inhabiting aquatic environments, but can also survive under extreme conditions on the surface of snowfields. We have addressed the interplay between cryophilic microalgae and other microorganisms adapted to survival on snowfields in order to explore supportive capacities.

Various cryophilic algae species are frequently found on the surface of melting snow in mountainous regions during springtime. The phenomenon can spread over large areas where green, orange or even red-colored snow is attributable to algal blooms. Such naturally occurring colored snowfields have been known since the times of Aristotle. Snow algae themselves have first been documented in 1818, when British sailors and Sir John Ross, a naval officer and Arctic explorer, observed cliffs covered in crimson red snow attributable to microalgae blooms. Later, Charles Darwin himself described the occurrence of blood red snow in the Andes Mountains. Still, 200 years after the first documented observation of the “blood algae” many unanswered questions in terms of their evolution, lifecycle and distribution challenge scientists worldwide.

We were interested in the microbial communities that accompany these cryophilic microorganisms and furthermore we were curious if we can detect any mutually beneficial interactions that might facilitate the establishment of snow algae under the harsh conditions in the Alps. In order to explore similarities between geographically separated populations, we have selected two sampling sites located on the southern and northern boarders of the main chain of the Eastern Alps. The ideal sampling locations were determined by co-author Armin Erlacher (Graz, Austria) who is a biotechnologist, enthusiastic mountaineer and alpinist.

When the snow samples were processed and subjected to high-throughput sequencing of eukaryotic and prokaryotic marker genes, we found an unexpectedly high microbial diversity to be associated with all colored snowfield types that were included in the study. Moreover, we found that snowfields of the same color shared a high compositional similarity irrespective of their geographic location, which is also in line with other studies that were conducted in Japan and Polar Regions by other research groups. We were interested in the interactions between eukaryotic and prokaryotic microorganisms in these special micro-habitats. By conducting targeted bioinformatic analyses, we have identified bacterial groups that showed a positive co-occurrence with the prevalent algae species on the snowfields. By isolating these bacteria and co-cultivating them with different model algae we could confirm the results that were inferred from bioinformatic analyses. Our findings are not only important from the ecological perspective, but might also find application in biotechnology where large-scale cultivation of microalgae is still challenging due to unwanted contaminations and other obstacles affecting overall process stability. 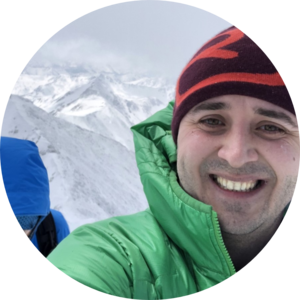