A blog post based on the ISME article “Food or just a free ride? A meta-analysis reveals the global diversity of the Plastisphere”. 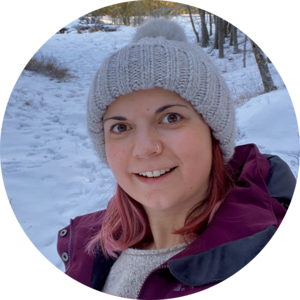 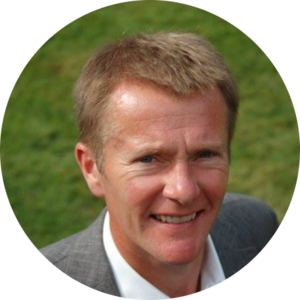 Plastics are problematic pollutants of ecosystems globally. The microbial communities found colonising plastics in the environment are known as the Plastisphere, and a search of the scientific literature at the beginning of this year for “Plastics plastisphere”, “Plastics microbial community” and “Plastics microbial degradation” gave 1483 results. Approximately 50 of these studies characterise the Plastisphere using next generation sequencing technologies, i.e. they sequence the DNA of the whole microbial community, and then process this data computationally to determine the abundance of different species within the community. Many of these studies report that these Plastisphere communities are different from the microbial communities found in the surrounding water and those found colonising natural particles, and that these differences are largely due to the dominance of several bacterial taxonomic groups, some of which may be biodegrading the plastics and others of which are potentially pathogenic or possess antimicrobial resistance genes. However, because of the different data analysis methods used, direct comparisons between these studies have not previously been possible.

We collected all of the publicly available sequencing and metadata from these studies and contacted the authors of the remaining studies asking them to share their data with us. This gave us data from 35 studies that used DNA sequencing to study bacterial communities on plastics, containing over 2,000 samples from around the world. The majority of studies were conducted in and around Europe, with very few studies being carried out in tropical or polar regions and none in the Southern Hemisphere. There were also only two studies (49 samples; Esan et al. and Zhang et al.) that we could include that were from the terrestrial environment.

By re-analysing the DNA sequencing and metadata, we were able to get profiles of the bacterial species that were in each of the 2,000+ samples. First of all, we looked at how similar the samples in each study were to samples within the same study as well as to samples within other studies. This showed us that samples were generally most similar to other samples within the same study or the same environment. There were a few studies where all samples were very dissimilar to other samples, but these could be explained by the experimental setups used, for example when all of the samples were collected from the deep sea (e.g. Woodall et al.) or in anaerobic (without oxygen, e.g. Rosato et al.) environments.

We then aimed to determine whether environmental factors such as light, temperature and salinity or things like DNA sequencing methods or plastic type had a larger impact on microbial community composition, and whether there were certain bacteria that were always associated with certain plastic types. Overall, environmental factors had a larger impact on community composition than plastic type, with light availability, whether the study was conducted in a lab or in the field and whether it looked at communities in the water column or in sediment having the largest effects. However, when we split our samples to the different environments (marine, freshwater, aquatic or terrestrial), we could use the community composition (and machine learning methods) to correctly predict the sample type over 80% of the time. This led us to look more at the microbes that were in these communities, and we found bacteria that have previously been suggested to be capable of plastic degradation that were consistently more abundant in our plastic samples compared with the communities on natural surfaces such as stones or leaves. There are, however, limitations to what we can establish solely based on knowing the microbial species – this is not enough to tell us whether a bacterium is actually capable of plastic degradation, nor whether they could be pathogenic or contain antimicrobial resistance genes.

Our results have led us to conclude that there are bacteria that seem to be specific to different plastic types, but that environmental variables have the largest impact on shaping the Plastisphere. We also identified several areas where there needs to be further research: (1) we need more studies in the terrestrial environment, in tropical regions and in the Southern Hemisphere; (2) we urgently need to test whether these microbes can actually biodegrade plastics; and (3) we also need to test whether microbes on plastics are pathogenic or are capable of being pathogenic.