Viruses are not considered alive, and we know for a fact that they don’t have brains. But we can’t really call viruses dumb because they seem to outsmart us all the time. Our immune defense mechanisms are not to blame though; they are spectacularly potent and complex. In fact, from a virus’ perspective, beating the host defense is always not easy. This is particularly true for an RNA virus, such as HIV-1, as it carries a smaller genomic luggage and therefore has a limited number of tools to maneuver things with. For such viruses, there is only one way to persist and possibly thrive — to be intelligent and use their limited resources wisely. The HIV-1 Nef protein is born out of this situation.

Despite of being small in size (23-35kDa), Nef is remarkably multi-functional. As a peripheral membrane protein, Nef targets dozens of surface-expressed immune receptors for downregulation. Through these Nef actions, many potent immune mechanisms are suppressed, and the virus gains the much-needed room to replicate and spread. Nef does not do this alone; it hijacks the clathrin pathways and re-wires the cellular trafficking of the targeted receptors. Specifically, two clathrin adaptor proteins, AP1 and AP2, are co-opted by Nef for various tasks.

As a master of protein—protein interactions, Nef is physically gifted. In addition to a rigid core domain, Nef also has two long and flexible loops (N-terminal loop and C-terminal loop), which take different poses under different circumstances to enable specific binding events. Binding of the Nef loops to APs often results in remodeling of the surface of the involved AP subunit(s), subsequently forming molecular traps to turn many cellular proteins into victims of Nef.

Nef’s “intelligence” doesn’t stop there. Our current work reveals that Nef has also “crafted” a molecular switch to help transition between its different conformations. Upon binding to AP2 via Nef’s C-terminal loop, Nef causes physical “distress” in the β2 subunit of AP2. Limited unfolding then occurs in the N terminus of β2, freeing a β2 helix. This helix then moves over to compete with the N-terminal helix of Nef for binding at a crevice on the Nef core. The β2 helix wins the competition, freeing the Nef helix along with the rest of its N-terminal flexible loop. Such a conformational switch then allows the N-terminal loop of Nef to be engaged in sequestering the cytoplasmic tail of CD4 for its downregulation.

If we could escape the “victim mentality” for a minute, we may be able to admit that the mechanism here is exceedingly delicate and almost admirable. This finding allows us to appreciate at a greater level how “talented” Nef really is in the protein—protein interaction arena.

However, along with the great versatility comes limitations. Nef has its own “Achilles’ heel”: a conserved pocket on the Nef core is found to be required for two of Nef’s most prominent functions, MHC-I downregulation and CD4 downregulation. A small molecule binding at this common site might help revitalize two essential immune mechanisms (antigen presentation and ADCC) that are otherwise suppressed by Nef. Could such a silver bullet be developed successfully? If so, would it open a door for HIV-1 eradication? Only the future could tell. Between now and then, some human intelligence might have to be put into work so that we could have a shot at outsmarting the multi-talented Nef.

Green gold from the desert 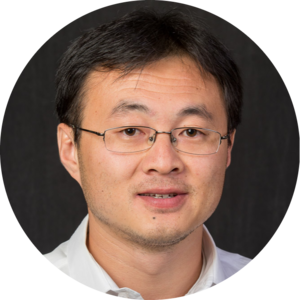