+1
Christina Y Lee and 1 other See all
PhD Candidate, University of Michigan
Follow 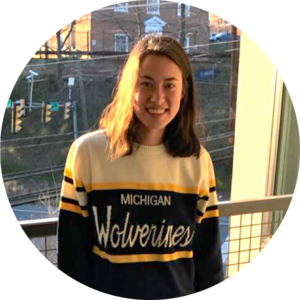 The human body has an intimate relationship with bacterial communities. These communities are called microbiomes and are vital to various physiological functions. However, not all microbiomes are made equal, and altered composition of these communities can significantly impact human health. In particular, the vaginal microbiome is a bit fickler than other microbial communities (such as the gut microbiome), exhibiting dynamic and dramatic shifts in composition that varies across women. This instability can be problematic and lead to a condition referred to as bacterial vaginosis (BV), which is an altered state, or dysbiosis, characterized by a shift from a Lactobacillus spp. dominated microbiota (optimal composition) to an overgrowth of a diverse community of anaerobic bacteria (non-optimal composition, Figure 1). 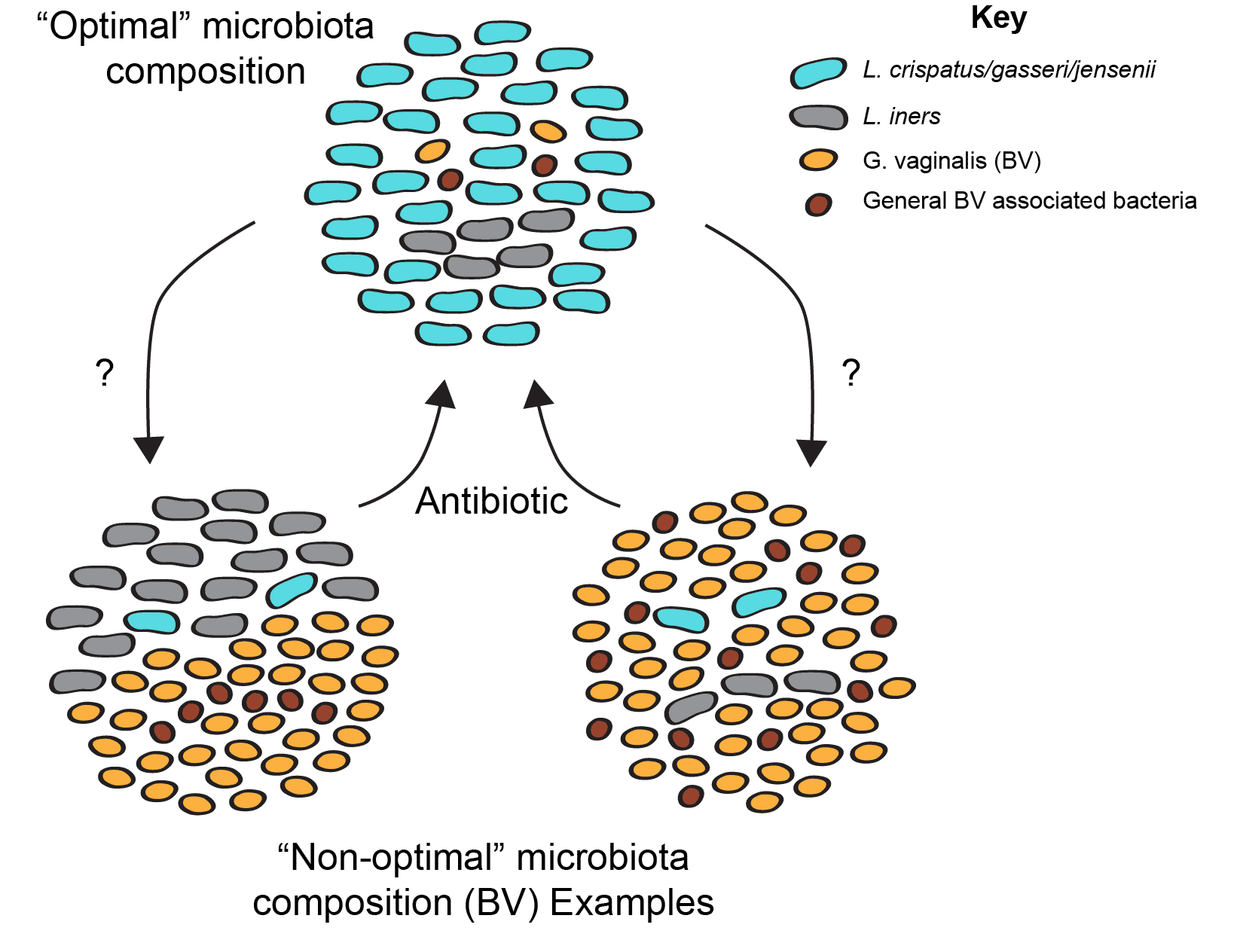 Figure 1: The unruly vaginal microbiome. The optimal microbiome composition consists predominantly of Lactobacillus spp. and can shift to an overgrowth of many different anaerobic bacteria which is called bacterial vaginosis (BV). Mechanisms that drive BV pathogenesis remain poorly understood, and the standard of care is treatment with the antibiotic, metronidazole. We show two different compositions representing bacterial vaginosis, as the relative composition of Lactobacillus spp. to bacteria associated with BV is critical to our manuscript's analysis.

BV is common, affecting nearly one in three women of reproductive age in the United States, putting millions of women at increased risk for sexually transmitted infections, pelvic inflammatory disease, and preterm birth. Despite the prevalence and potentially serious implications of this condition, BV remains challenging to manage, as over half the women treated experience recurrent episodes.

So why are treatment outcomes so dismal? One underlying factor is that microbiomes represent complex communities that are akin to macro-scale ecosystems. Many species may work in concert or antagonistically to maintain or transition between optimal and non-optimal states. Despite this characteristic of microbiomes, we traditionally assess the efficacy of antibiotic on single bacterial isolates, whereas the bacteria targeted by antibiotic in BV are almost always present in mixed communities, which can include both bacteria that are associated with potentiating the condition and those that are thought to be beneficial to the host.

While determining the inherent antibiotic resistance in individual species associated with BV provides important information for why treatment may fail, it does not entirely explain why recurrence is so prevalent in BV. Thus, we used mathematical models to quantitatively assess communities of microbial species, including both an optimal (and thus non-target population) of Lactobacillus spp. and bacterial populations associated with BV (target bacterial population). The results of these simulations were unexpected in that they demonstrated that Lactobacillus spp. may reduce the amount of metronidazole available to eliminate BV-associated bacterial populations, and supported that this mechanism could significantly alter treatment efficacy. These results also carried the surprising implication that more Lactobacillus spp. present at treatment initiation (relative to BV-associated bacteria) could increase the likeliness of recurrence. In other words, this would mean that women with more moderate cases of BV would be more likely to recur than women whose microbiomes are dominated with BV associated bacteria. We were able to support these results with both in vitro co-culture experiments and with clinical data from two separate, small cohorts, where we demonstrated that increased pre-treatment abundances of Lactobacillus spp. relative to BV-associated bacteria were linked to decreased antibiotic efficacy and women who experienced recurrent BV. Overall, our work highlights the importance of understanding the interactions between both the targeted bacterial species associated with BV and the bacterial populations typically associated with optimal vaginal composition for antibiotic therapy, providing another useful piece of information to better understand how to wrangle the vaginal microbiome back to an optimal state.

Thanks for reading, and if interested in learning more about our work please check out our manuscript here!

Understanding how bacteria talk to each other using autoinducer-2