Thievery as a lesson to become photosynthetic eukaryotes? –a transient endosymbiosis in a kleptoplastic dinoflagellate

Photosynthetic unicellular eukaryotes, often called microalgae, are ubiquitous and function as primary producers in aquatic ecosystems. From the viewpoint of the tree of life, algae are not monophyletic. The reason their evolutionary relationships are complex is due to independent acquirement of chloroplasts by eukaryotic organisms that had previously been nonphotosynthetic for several lineages, through integration of either a cyanobacterial or a eukaryotic algal endosymbiont. It is widely believed that prey-predator relationships are the basis for evolution of such permanent endosymbiotic relationships between the nonphotosynthetic host cell and photosynthetic endosymbiont. However, the process of this evolution and the establishment of the permanent endosymbiotic relationship is largely unclear, despite being of fundamental importance to the development of eukaryotic cellular complexity.

Several nonphotosynthetic unicellular eukaryotic lineages have the capability to accommodate various lineages of algal endosymbionts or chloroplasts sequestrated from algae (known as kleptoplasts in which klepto means “stolen”), that are ingested by phagocytosis. Such acquired phototrophy is widespread in aquatic ecosystems. Generally, theft is a crime and a person who has stolen the property of another will be punished. However, a kleptoplastic protist, guilty of stealing the chloroplast of a photosynthetic algae, has stolen my heart (and perhaps those of some other researchers too), as I elaborate on below.

My major interest is the endosymbiotic evolution of eukaryotes and, in particular, to understand the process by which a permanent endosymbiotic relationship evolved and developed from a prey-predator relationship. To pursue my interests, the existence of kleptoplastic protists, mentioned above, provide an inviting and useful model system to explore the first stages of endosymbiotic integration, as possibly first occurred millions of years ago, at a mechanistic level. I have used the kleptoplastic dinoflagellates Nusuttodinium spp., which steal the chloroplasts from cryptophyte algae [1]. The genus name Nusutto- means “thief” in Japanese. When I was a graduate student in the Biodiversity II Lab (research group of Prof. Takeo Horiguchi) at Hokkaido University, I visited natural habitats of Nusuttodinium spp., sampled the cells and cultured them with cryptomonads in the laboratory. By using the cocultures of the dinoflagellates (specifically, Nusuttodinium aeruginosum) and cryptomonads, we investigated the morphological change of the cryptomonad-derived chloroplasts (kleptoplasts) in the dinoflagellate cells by electron microscopy. We observed that, after ingesting a cryptomonad, N. aeruginosum enlarges the kleptoplast to more than 20-fold of its original size. During cell division of N. aeruginosum, the kleptoplast also divides during cytokinesis and is equally inherited to the two daughter N. aeruginosum cells. In contrast, the nucleus of the ingested cryptomonad never divides and is inherited by only one of the two daughter N. aeruginosum cells. The daughter cell retaining the cryptomonad nucleus keeps enlarging the kleptoplast, while the kleptoplast in the cell that has lost the cryptomonad nucleus starts reducing in size [2]. These observations indicate that the ingested cryptomonad nucleus is actively maintaining the function of the kleptoplast in the dinoflagellate cell. The ingested nuclear material thus appears to be required for retention of the kleptoplast in the host dinoflagellate, the reasons for which required further investigation, forming the next stage of my research.

In April 2015, I joined the Symbiosis and Cell Evolution Lab (research group of Prof. Shin-ya Miyagishima) in the National Institute of Genetics. His group is interested in endosymbiotic relationships between eukaryotic host cells and their endosymbiotic organelles (mitochondria and chloroplasts) in various algae and protists. When I joined the group, its members encouraged me to continue my studies on the kleptoplastic N. aeruginosum. To do so required the establishment of axenic strains and a coculture system for N. aeruginosum and cryptomonads (Chroomonas sp.) that avoided possible effects of contaminating bacteria on the activities of the dinoflagellate and cryptomonads. Contamination avoidance was also essential given that transcriptomic and genomic analyses were planned. We then developed a procedure to fractionate N. aeruginosum with the kleptoplast and free (not-yet-ingested) Chroomonas sp. by passing the culture through a plankton net with 5-µm pores, through which free Chroomonas sp. passed but N. aeruginosum cells were trapped. This method allowed us to compare Chroomonas sp. in the free-living population with those that were ingested by N. aeruginosum. With the support of laboratory team members, microscopy and transcriptome studies were then carried out to examine how the cryptomonad cell is affected in morphology and nuclear activity after being ingested by the dinoflagellate cell.

In the paper arising from this research, we report the following observations: (1) After being ingested by N. aeruginosum, cryptomonad nuclear genes involved in metabolism, translation, and DNA replication are upregulated while those involved in sensory systems and cell motility are downregulated. (2) The ingested cryptomonad nucleus undergoes polyploidization without division in the dinoflagellate cell. (3) The ingested nucleus demonstrates loss of transcriptional responses to a dark–light shift. (4) The kleptoplast and dinoflagellate are more susceptible to an increase in light intensity than the free-living cryptomonad, probably due to an increase in photosynthetic oxidative stress. Interestingly, a dinoflagellate containing an ingested cryptomonad nucleus exhibited increased longevity of the kleptoplast and cell under high light conditions.

On considering these observations, it is worth comparing them with more permanent endosymbiotic associations. For example, cryptophytes and chlorarachniophytes both have bona fide chloroplasts; these being of red (in Cryptophytes) and green (in chlorarachniophytes) algal origin. The nucleus of the algal endosymbiont of these organisms persists in a very much reduced form known as a nucleomorph (a vestigial nucleus) [3, 4]. Unlike our observations of the cryptomonad nucleus ingested by the dinoflagellate, the nucleomorph divides and is inherited by both daughter cells upon cell division. However, the nucleomorph is polyploid, as observed for the ingested cryptomonad nucleus. Chloroplast and mitochondrial genomes have also become substantially multiplied during evolution. Thus, polyploidization of endosymbiotic genomes is apparently a common trend in both transient (kleptoplastic) and permanent endosymbiotic associations. Regarding the loss of transcriptional response to light in the cryptomonad nucleus upon ingestion by the dinoflagellate, chloroplast and nucleomorph genomes also exhibit loss or reduction in this transcriptional response.

The similarities between our observations of kleptoplasty and permanent endosymbiotic associations raises a possibility that photosynthetic eukaryotes might have acquired some of the mechanisms to maintain chloroplasts upon initially stealing chloroplasts from other organisms, potentially millions of years ago. Such organisms now have what are considered established bona fide chloroplasts. A continued study of the kleptoplastic system could thus provide more mechanistic insight into the evolution of endosymbioses in algae.

I am pleased to be able to publish our findings in The ISME journal and I hope our paper is helpful to others with interests in endosymbiotic evolution. 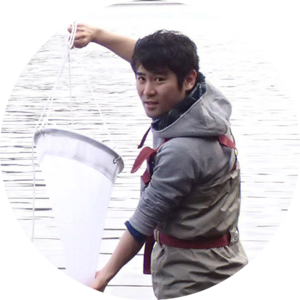