Plankton are organisms that drift in aquatic environments. Traditionally, these organisms are divided into photosynthetic “phytoplankton” that are responsible for 50% of global CO2 fixation and heterotrophic “zooplankton” that preys on other organisms. The last years have seen a paradigm shift in our understanding of the marine food-web and the dichotomy between phytoplankton and zooplankton has been recognized as an oversimplification. Many planktonic organisms combine photosynthesis (primary production) and feeding (secondary production) and are termed mixotrophs. Mixotrophy has been shown for many protists and might be the rule rather than the exception, especially in oligotrophic environments.

Ciliates are important components of aquatic ecosystems as consumers of bacterial and phytoplankton production. The marine ciliate Mesodinium rubrum is unique. It commonly occurs in coastal areas, needs specific prey, and can form large blooms (non-toxic red tides) when conditions are right. Unlike other ciliates, M. rubrum can produce its own nutrition by photosynthesis. To do this, it steals chloroplasts and other cell organelles from its prey: cryptophytes of the Geminigera/Plagioselmis/Teleaulax clade. To investigate these small organisms and their use of prey organelles, one needs to bring together a team that includes many specialists covering diverse fields such as plankton ecology, physiology, and genomics. 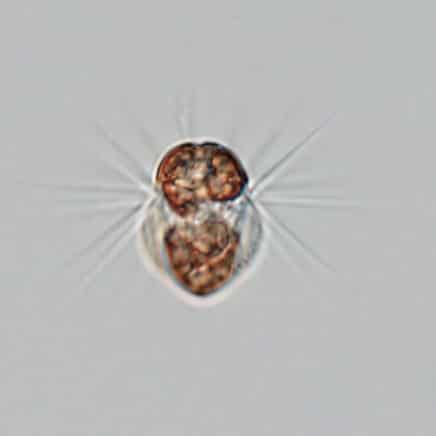 One cell of the ciliate Mesodinium rubrum which is approximately 40 µm long. The Latin name of Mesodinium rubrum refers to the red color of the chloroplasts it acquires from its prey (the cryptophyte microalgae Teleaulax amphioxeia). The cell above has eaten around 20 prey cells and thus contains around 20 reddish chloroplasts. However, it keeps only the prey nucleus from one of the prey cells to serve all the chloroplasts with essential gene products.

Our study on acquired phototrophy and the cellular control of sequestered cryptophyte prey chloroplasts in M. rubrum was influenced by a fortunate coincidence. While the experimental part of the study was in progress, two of the first authors met in Copenhagen and realized that this research did fit well into the third first authors PhD thesis. This led to a fruitful collaboration between research institutions in Denmark, Germany and China and allowed for much deeper sequencing than originally planned.

Even so this system is unique, it might inform us about mechanisms during endosymbiosis events. M. rubrum might represent an evolutionary stage that is a precursor to a stable permanent endosymbiont that might result in a tertiary plastid over time. 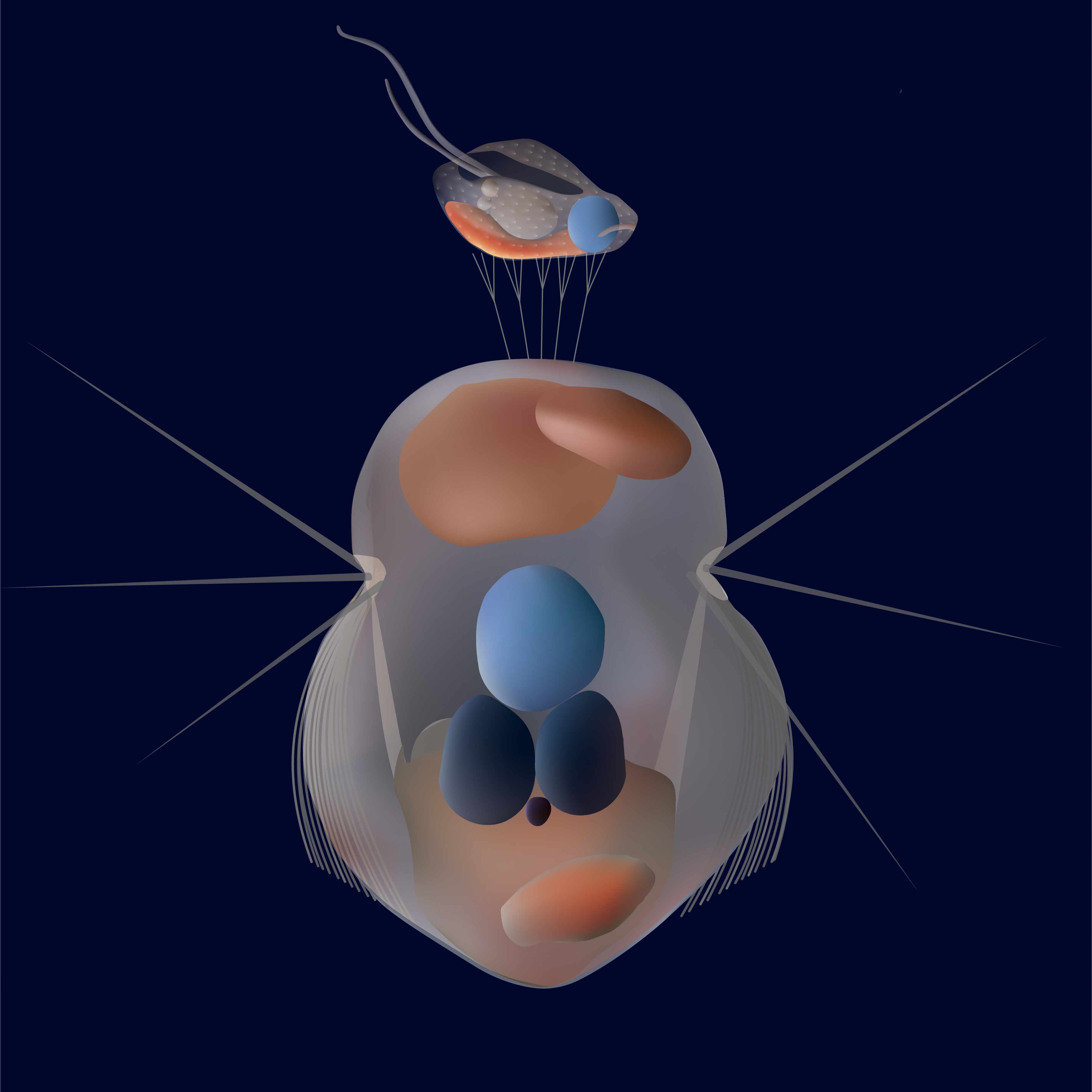 Artistic impression of how Mesodinium rubrum catches the cryptophytes with its tentacles located on the anterior end of the cell. ©Sofie Binzer 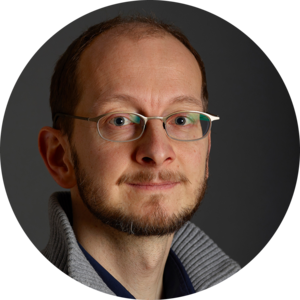