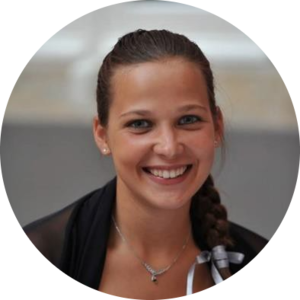 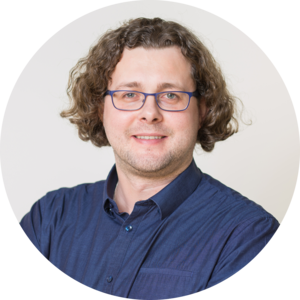 Starting from March of 2020, people all around the world were trying to adapt to the “new normal” of working from home - It was no different for us. All European Molecular Biology Laboratory (EMBL) sites were closed and only indispensable care-taking was allowed on site. Our lab re-opened the same day we got the approval for our COVID-19 project. Everyone was excited to participate in a project that we could relate to. Besides the new project, we also had to adapt to the new COVID-19 rules: wearing masks at all times and social distancing. We were working as a team but in a very different way from what we were used to. Furthermore, working on SARS-CoV-2 in the middle of the pandemic felt like trying to fight a giant bush fire with a glass of water. Research is not an easy endeavor and the key to success are wide interdisciplinary collaborations that bring together experts contributing with complementary knowledge and skills.

We aimed to quickly identify nanobodies with neutralization activity against SARS-CoV-2. SARS-CoV-2 uses the trimeric spike protein to bind a receptor called ACE2 that sits on the surface of human cells. This process leads to the fusion of the viral membrane with the host membrane, which is an essential step for viral replication. The region of the spike protein that binds ACE2 is called receptor binding domain (RBD). The RBD can switch between an exposed ‘up’ conformation and a ‘down’ conformation but only in the up conformation it is able to bind ACE2. Our goal was to stop the virus from entering/infecting human cells by blocking its binding to the cell surface. We aimed to select a binder that is specific against the RBD of SARS-CoV-2 and could block the interaction with the human receptor. Nanobodies are very small antibody fragments originally found in camelids; They are able to bind very tightly to their target antigens, are highly stable and together with their small size, it makes them promising targets for therapeutic purposes. Because of its simplicity, they can be manufactured at very low cost. We had recently established a synthetic nanobody library created and developed in the lab of Markus Seeger at the University of Zurich in our lab as well. Besides not requiring the use of animals, the major advantages of this platform are the diversity of the libraries and the fast selection of binders.

In just a few weeks, we were able to select several synthetic nanobodies, called sybodies, that displayed high affinities against the spike protein. We tested their stability and ability to bind the spike protein and how well they can compete with ACE2 binding. The group of Ben Murrell from the Karolinska Institutet used a lentiviral particle assay pseudotyped with the SARS-CoV-2 spike protein to test the neutralization activity of the sybodies. Among the best binders, sybody 23 (Sb23) stood out with an IC50 of 0.6 µg/ml.  After identifying this promising binder, we wanted to understand the reason for its effectiveness. We knew that Sb23 displays higher affinity for the SARS-CoV-2 RBD than the human receptor ACE2 and competition assays suggested a similar or overlapping epitope. However, the mechanism was still unclear. Using small-angle X-ray scattering, the Svergun group from EMBL Hamburg was able to identify the interaction of Sb23 with the RBD of the spike protein and became clear that Sb23 binds next to the ACE2 binding site, hampering the spike protein binding to the human receptor.

Lastly, we wanted to know how Sb23 binds to the trimeric spike protein. Will it be able to bind all three RBDs? Or will it have an RBD conformation-specific binding just like for the ACE2 protein? Using Cryo-EM, the group of Martin Hällberg from CSSB and Karolinska Institutet was able to determine the structure of the trimeric spike protein bound to Sb23. From this data, we were able to identify two spike conformations: one RBD ‘up’ (1-up) and two RBDs ‘up’ (2-up). While the 1-‘up’ conformation was commonly observed before, the 2-‘up’ conformation has rarely been seen for SARS-CoV-2. Containing 2 binding sites for ACE2, the 2-‘up’ conformation opens up new possibilities for the development of therapeutic binders. For both ‘1-up’ and ‘2-up’ conformations, Sb23 is able to bind RBD in both ‘up’ and ‘down’ positions and it was present in all spike protomers. Moreover, in the ‘1-up’ conformation ACE2 binding is blocked from two independent sites, which may explain the strong neutralization effect by Sb23. Further in vivo work is necessary to confirm whether Sb23 could be used as a therapeutic agent against COVID-19.