Using shotgun metagenomics to discover which microbes are present in the vaginal microbiome of preterm pregnancies and what they can do.

Each year roughly 15 million children are born premature. Before the age of five, this is the biggest contributor to child mortality. A preterm pregnancy is when delivery occurs before a full 37 weeks of gestation. There is no single cause of preterm birth. Amongst the recognised maternal risk factors are smoking, poor diet, obesity, stress, increased age, or a previous history of obstetric complications including a history of preterm birth. Previous studies have shown that there may also be a link between different vaginal microbiomes and preterm birth. A microbiome is the collection of microbes living within a defined environment. Thanks to improving technology, the vaginal microbiome has received increased attention with a focus on its role in overall female health and pregnancy.

In our study, we took a group of pregnant women with an increased risk of preterm birth (due to either a previous preterm birth or having had surgical intervention for cervical cell abnormality) and characterised their vaginal microbiome. To do this we used a technique called shotgun metagenomic sequencing. In simple terms, we took all the genetic material from a vaginal swab, chopped it up into millions of short pieces and read the genetic sequence of each fragment. Then we used computers to piece these fragments back together like a type of digital jigsaw. Using the resulting information we were able to see that the majority of the vaginal swabs we collected were dominated by bacteria from the genus Lactobacillus. This group of bacteria is known to be the dominant microbe present in the human vagina. Within the different species of Lactobacillus, we found that Lactobacillus crispatus had a significant correlation with pregnancies that delivered full-term. This species was not present in swabs taken from women who delivered preterm.

Another finding from our study was an association between a bacterial vaginosis type microbiota and preterm birth. Bacterial vaginosis (BV) is a common vaginal condition which is characterised by a microbiome made up of a large number of different bacterial species, instead of the typically Lactobacillus dominated profile. There is a body of evidence that BV increases the risk of preterm birth, and our study adds to the weight of this evidence. 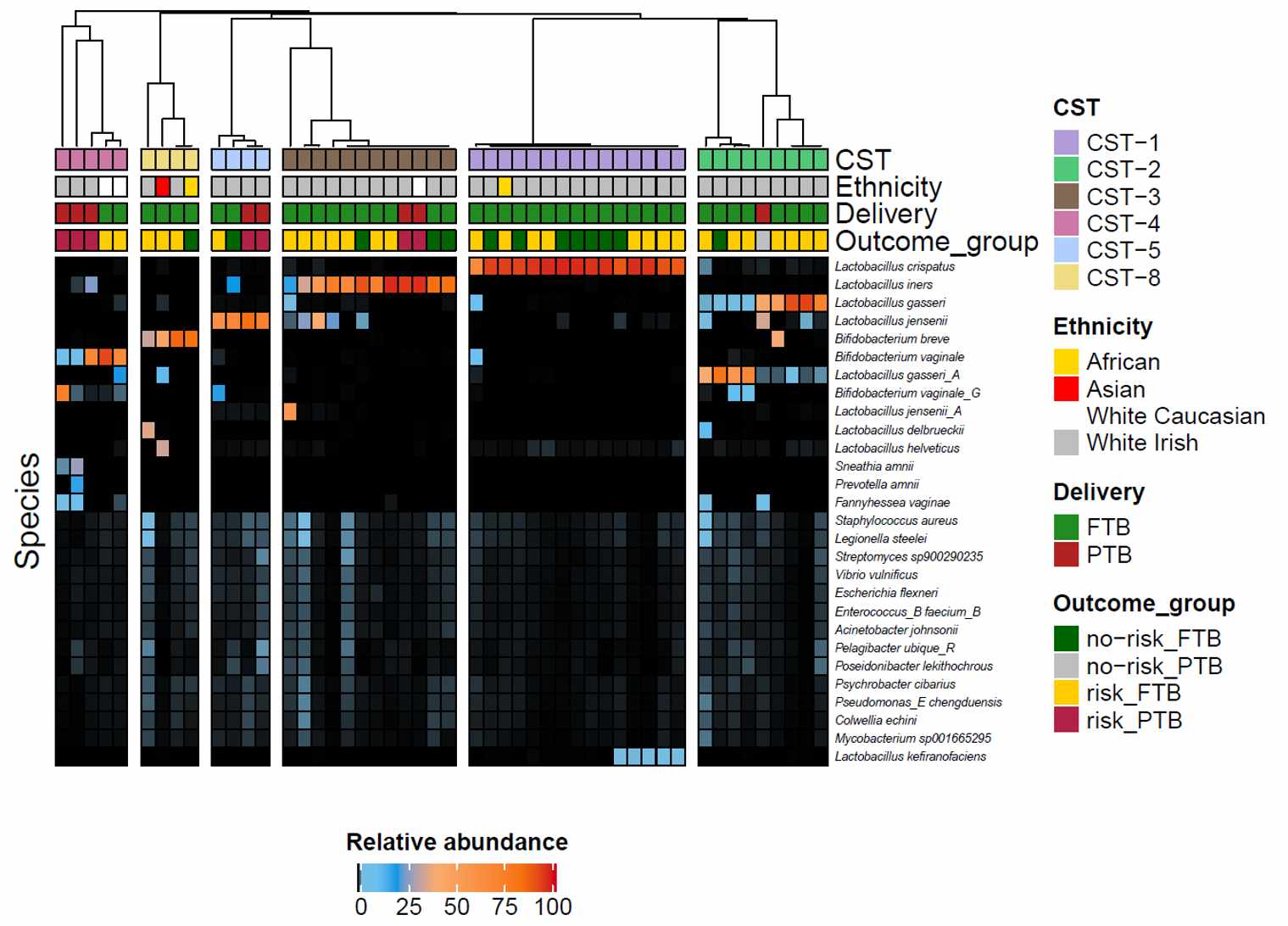 Heatmap profile of the vaginal microbiome. In this figure, each sample is shown as a vertical column. If a bacterial species is present in the sample then it will show up as a colour from blue to orange. Bacteria at high numbers have a stronger shade of orange, bacteria at low numbers have a cooler shade of blue. We found that the microbiomes can be grouped into 6 different community types, as determined by the most dominant species present. These community state types (CST) are indicated by the coloured bar across the top of the image. Full-term birth samples are shortened to FTB and preterm birth samples are shortened to PTB.

There are many studies that have surveyed the vaginal microbiome. However, until recently these studies have primarily used a technique called amplicon sequencing to determine which bacteria are present. This method is limited in its ability to identify bacteria down to species level, as it only looks at a single gene present in each bacteria. By using shotgun metagenomic sequencing (which looks at the entire genome instead of a single gene) we are able to confidently determine which bacterial species are present, and also gather valuable data about what each of these bacteria can do. This insight into the functional potential of the vaginal microbiome revealed that not only are the bacterial communities in preterm vs full-term pregnancies different, but they can also carry out a different array of metabolic processes. This level of resolution will enable us to question both who is present and what they are doing, when we investigate the role of the vaginal microbiome in health and disease.

Shotgun metagenomics is certainly a very powerful tool, however no study is without its hurdles. One problem that we needed to resolve was the issue of human DNA contamination in our samples. As part of the vaginal swab sampling process you pick up a lot of human cells. If you don’t remove this human DNA before sequencing most of your data will be from the host and not the microbes you are interested in. With the help of magnets and antibodies, we were able to separate out the host human DNA from the microbial DNA, and thanks to this the amount of host sequences was greatly reduced and we got a higher resolution of the microbial content.

When we add the findings of our study to the wealth of information already available, it is clear that the vaginal microbiome is an important factor to consider in the management of preterm birth. There is a strong appreciation for the importance of Lactobacillus in overall vaginal health. Through our work we can see the potential for future studies that harness the power of shotgun metagenomics to develop diagnostic tools which can predict preterm birth before it happens. Furthermore it will enable us to design targeted interventions specific to the vaginal environment. The possibility of improving health outcomes for both mother and infant is something we should strive for and work towards. This will not only reduce the economic burden of preterm birth, but also reduce the emotional turmoil that comes with it.

Marine bacteria and biodegradable plastics: synergy is the key 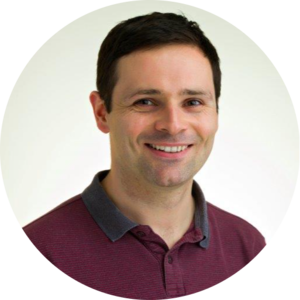