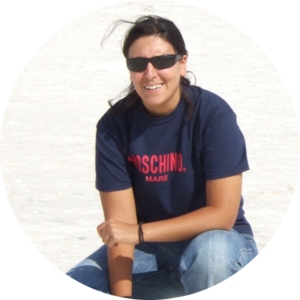 With at least an order of magnitude more viruses than bacteria, viruses are the most abundant biological entities in the oceans where they play critical roles in mediating nutrient cycling. Viral infections control the composition of marine microbial communities, provide a vector for novel genes, and drive the evolution of both the virus and the host [1].

As gene vectors, viruses can hijack host metabolic genes (termed AMGs), and introduce them to new hosts in subsequent infection cycles providing new or augmenting old metabolic functions. From the viral perspective, the benefit of AMGs is to turn the host into more efficient virion producing factories, however, some of these genes persist in the host population, allowing for niche expansion of the host. AMGs are frequently discovered in surface ocean waters where collectively they influence nearly every pathway in central carbon metabolism [2] and have been studied for their influence on cyanobacterial photosynthesis [3].

Despite our increasing knowledge of marine viruses, the ecology of viruses and the role of virus-encoded AMGs in deep and nearly anoxic waters, termed oxygen-deficient water columns (ODWCs), is still unclear. ODWCs are areas of the global ocean with no detectable oxygen where alternative electron acceptors create diverse microbial niche spaces. ODWCs also represent a major source of potent greenhouse gases and account for nearly half of oceanic bioavailable nitrogen loss. ODWCs are expanding and intensifying worldwide due to anthropogenic climate change. Thus, understanding the biogeochemical fluxes mediated by viruses-host interactions, such as through the use of AMGs, is vital to establishing an effective response to climate change [4].

The Cariaco Basin on the Venezuelan continental margin is an ODWC with its bottom waters remaining anoxic and sulfidic for the past ~12,500 years. The diversity of viruses collected from depths in the Cariaco Basin with different oxygen and sulfide concentrations revealed 748 viral species with approximately 529 being endemic to the Cariaco Basin, likely due to the isolation and unique features of this system. Genomic inspection of these viruses revealed AMGs implicated in pathways that were found throughout the water column or that were specific to discrete depths, such as sulfur assimilation, acetate fermentation, signal transduction, iron-sulfur cluster formation, and post-translational modifications (Figure 1). 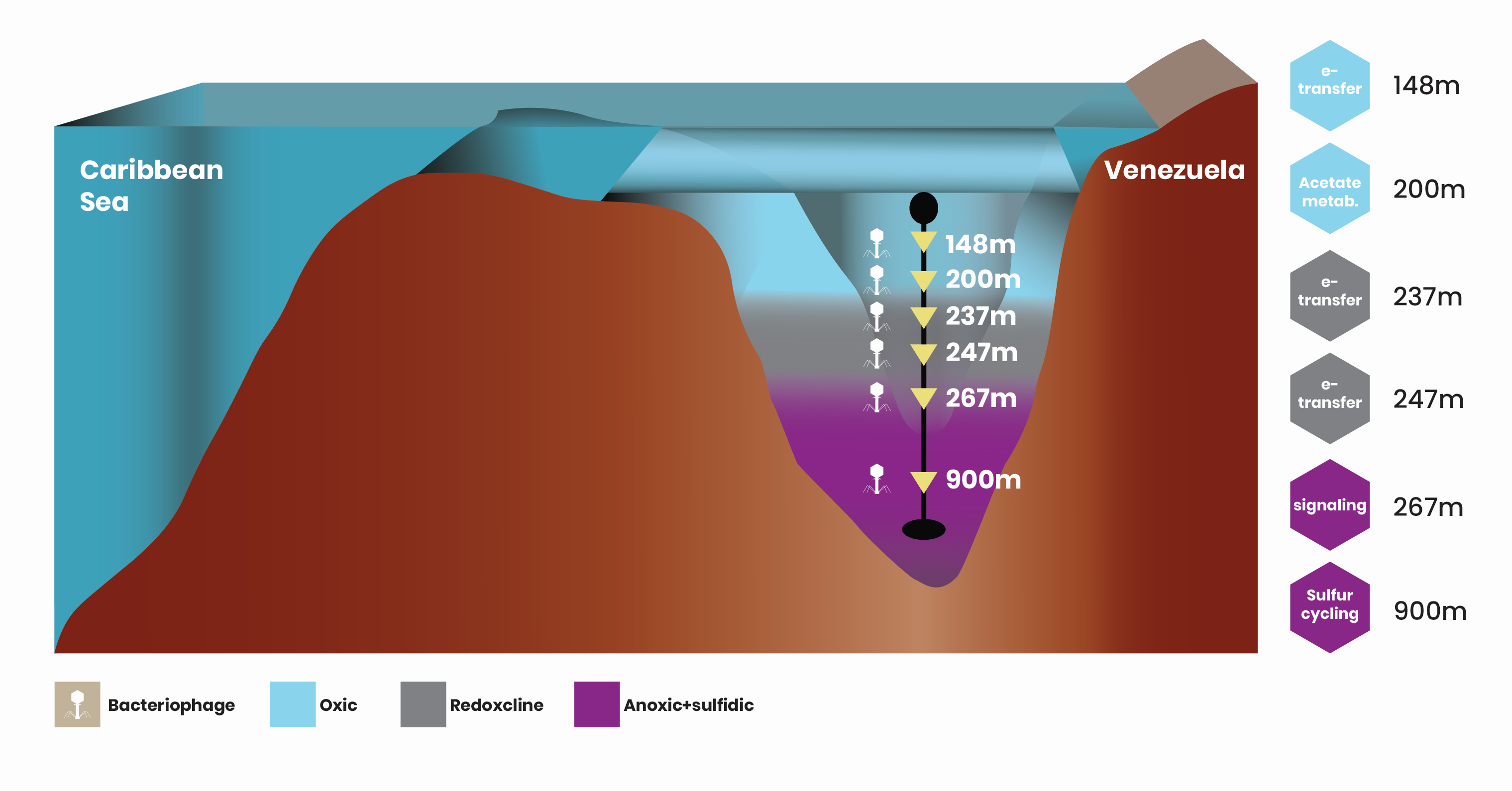 Figure 1. Virus-encoded AMGs along the water column in the Cariaco Basin. AMGs implicated in described pathways at each depth are shown to the right in hexagons representing bacteriophage heads. Blue are from oxic water depths, grey indicate redoxcline depths, and purple anoxic and sulfidic depths of the basin.

The viral-encoded AMGs detected in the Cariaco Basin viromes are hypothesized to facilitate metabolic flexibility in low redox environments by enhancing ability to assimilate sulfite. AMGs related to signal transduction, found also in the Pacific Ocean, can increase rates of conjugative plasmid transfer and thus enhance gene flow, as well as induce biofilm formation. Enhanced viral fitness due to viral-encoded AMGs related to post-translational modifications like glycosylation, can increase the host’s protein stability at depths with elevated hydrostatic pressures or the production of intermediate substrates that can be utilized in sulfidic interiors. Finally, viral-encoded AMGs related to fermentation and iron-sulfur cluster formation can lead to increased viral fitness by providing alternative carbon sources and by supporting host electron transfer, safeguarding viral replication.

To date, there are only a handful of studies focused on viruses in the anoxic interior of the ocean, and none that explore viral influences in sulfidic environments. This study opens the door to the discovery of viral-mediated biogeochemical processes in these climate critical habitats and adds to growing knowledge of metabolic processes influenced by viruses globally.